He was in so much pain from a wound to his neck that he couldn’t walk steadily. He slithered down a busy road hoping someone would find him before it was too late. Cars whizzed by and no one cared to stop. But finally, a woman driving to work pulled over.

As she got out of her car, her heart ached. The dog was in so much pain that he lashed about until he was completely exhausted, then he just laid there waiting for death to come. The woman was afraid to pick him up and cause more pain so she called a veterinarian and asked for advice. 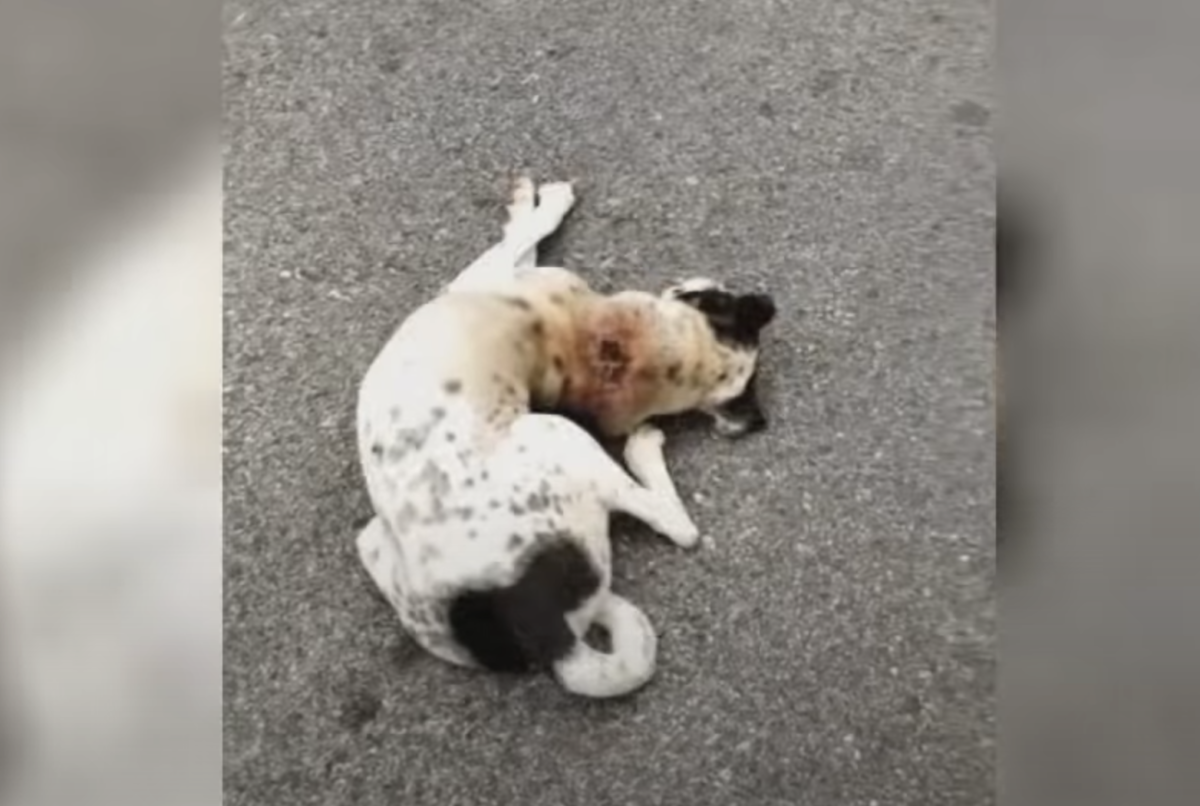 The rescue group was happy to help the poor dog and promised the woman they’d come as quickly as possible. The woman did all she could to steer traffic away from the dog until help arrived. When the rescuers showed up, they had a special gurney. They lifted the dog carefully onto it and loaded it into their truck. 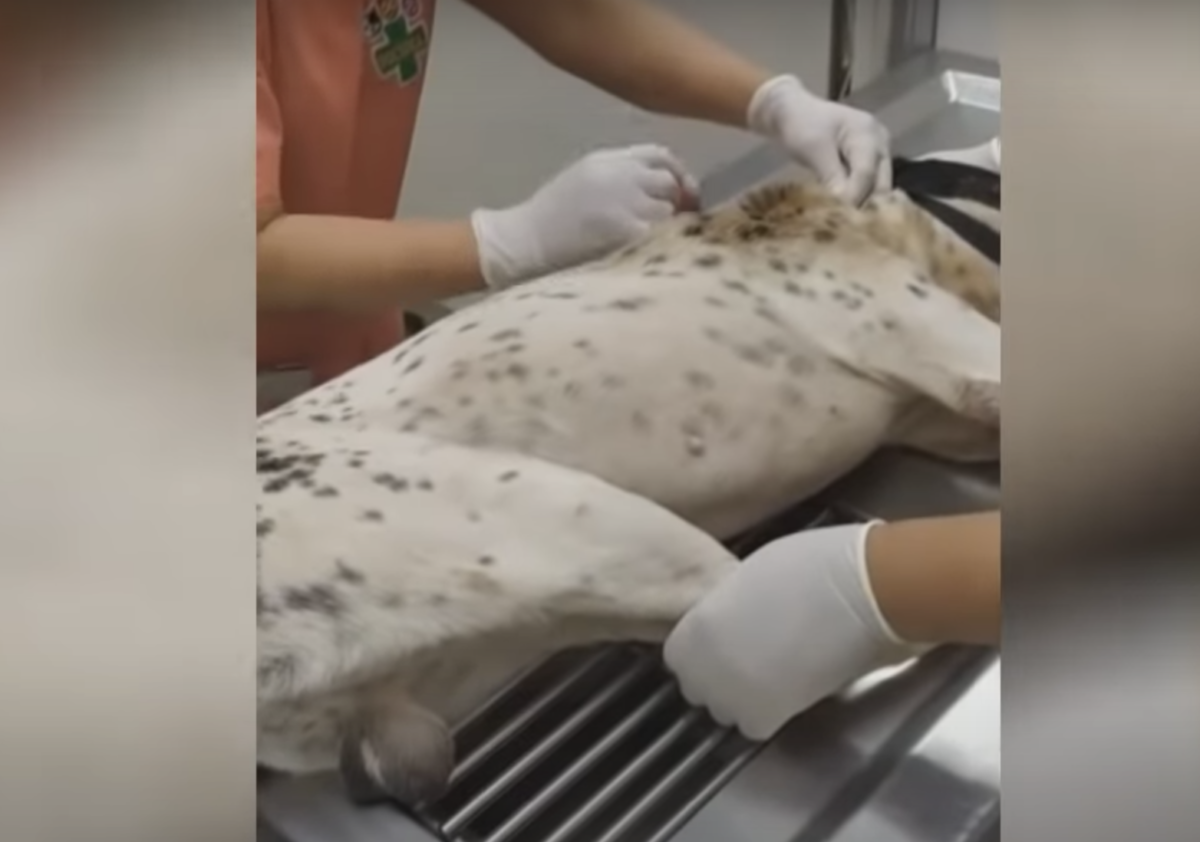 They drove straight to the vet clinic. The vet was taken aback by the dog’s wound. He must have been suffering for a long time because the tissue was necrotic and infested with maggots. The vet and his assistant did their best to clean out the wound and apply a special powder that would kill the maggots. They then administered an IV with fluids, pain medication, and antibiotics. 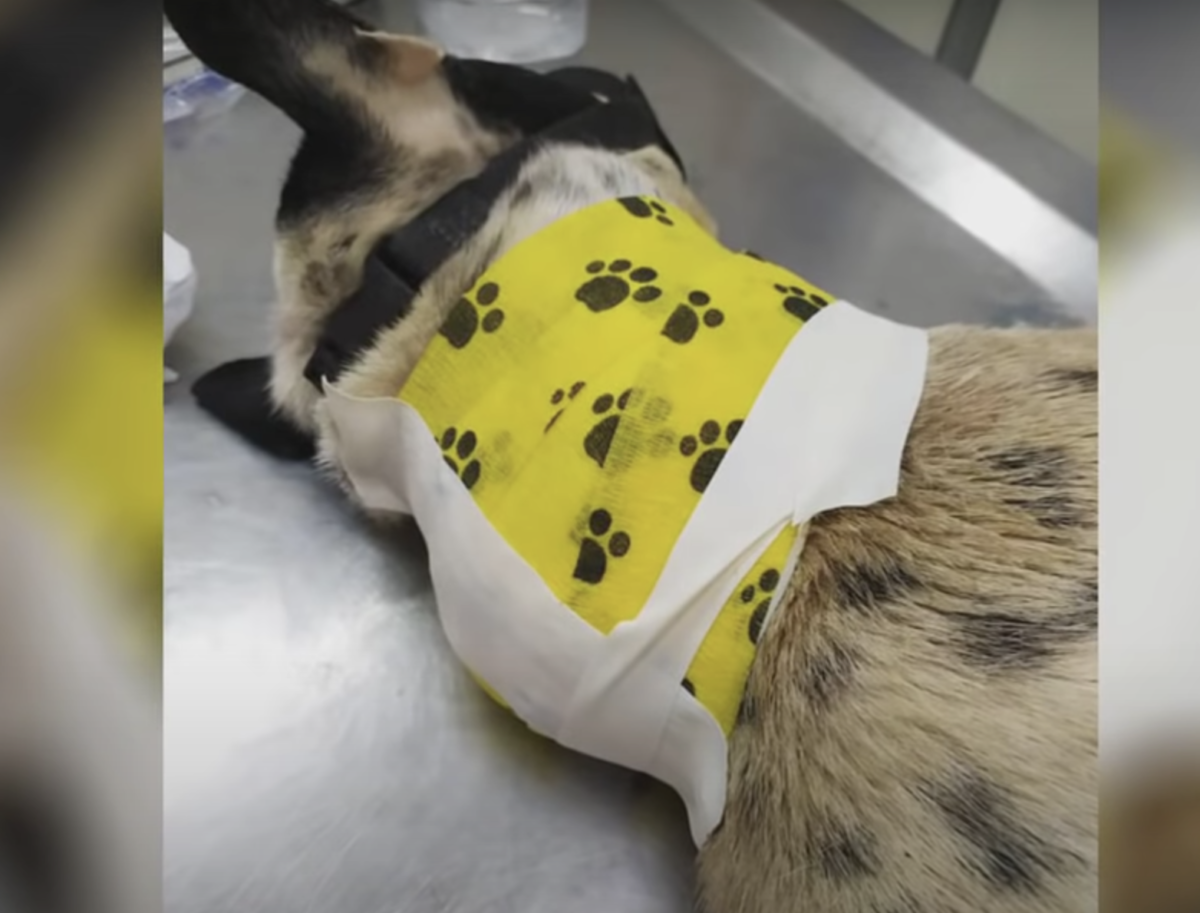 Once the pup rested a bit and the special powder did its job, it was time to work on his wound. The vet sedated the dog and then pulled the dead maggots out. He then removed more of the necrotic tissue and got rid of as much infection as possible. He dressed the wound and allowed the dog to rest.

When the pup woke up, he was still in pain but it was so much better than before! He was distraught and confused. He had no idea what had happened to him but he was relieved to no longer be on his own. He was happy to eat his first meal surrounded by caring people.

The brave dog is doing great and is going to his foster home soon. Once he’s completely healed, he will be available for adoption. What a terrific ending to a story that could have ended so tragically. To see the dog’s rescue, scroll on down. Viewer discretion is advised. The video shows the dog’s wound as well as surgery.