Sadly, the world is not always fun and bright. Sometimes hard decisions have to be made, even if they break your heart. A few days ago, this 12-year-old boy had to make one just like that.

On February 13th, a shelter called Xollin found an adorable puppy at their doorstep with a letter from a boy.

The shelter said on their Facebook page: “Someone left this dog at the door of the shelter, inside a box, with a plush toy and a note. The note was written by a kid and he explained his dad was always beating the dog and was planning to sell him. So, in such a state of despair, he left the dog here to save him, writes boredpanda.” 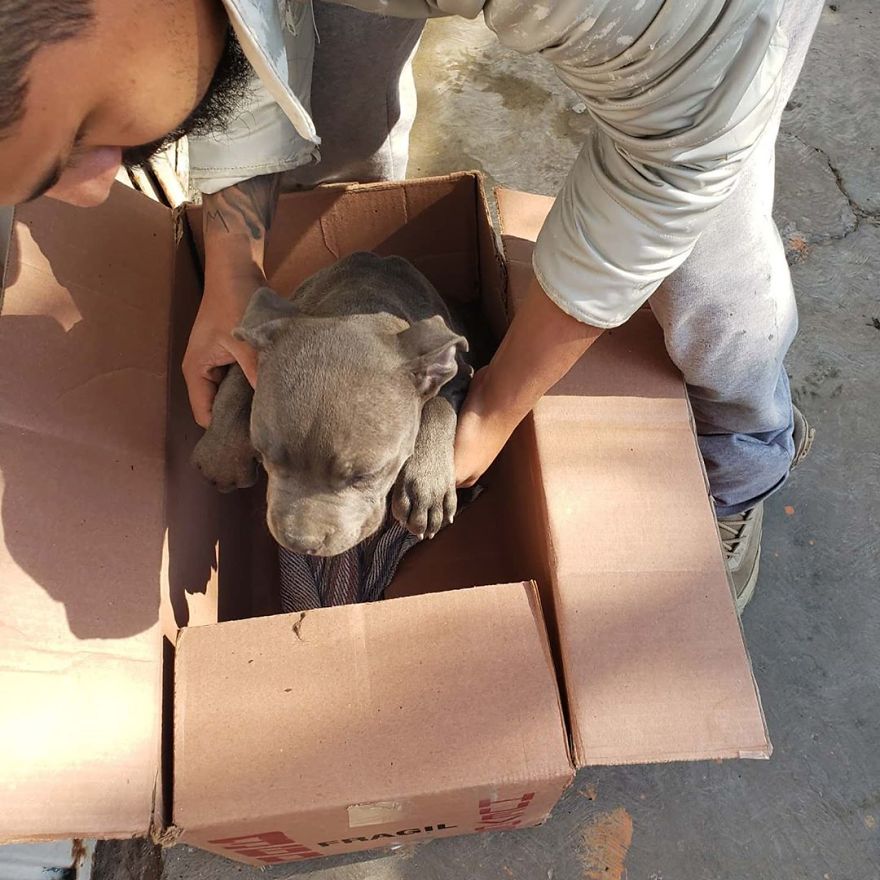 The box the puppy was found in

The shelter’s first priority was to check the health of the puppy. 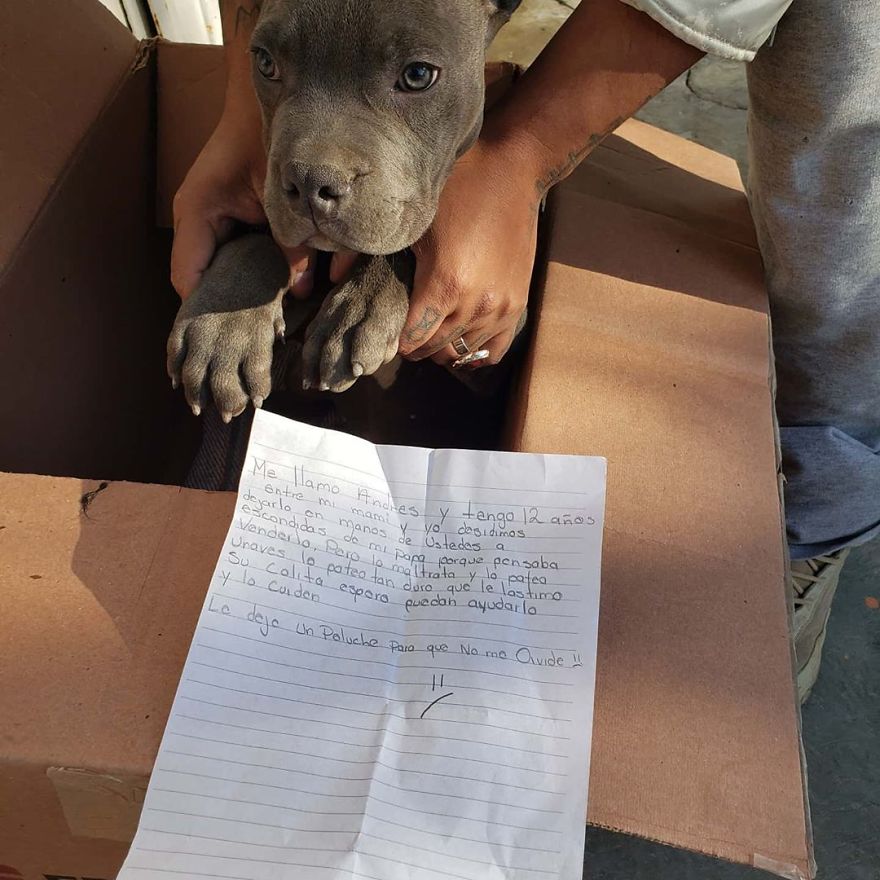 “We need to take the dog to the vet so he can check his tail, which apparently is fractured. We also need to remove parasites and get him a check-up. This means more expenses and work for us, but luckily the dog will be safe.”

They found out the 12-year-old boy named Andrés was from México state. Not much more information is known about him. 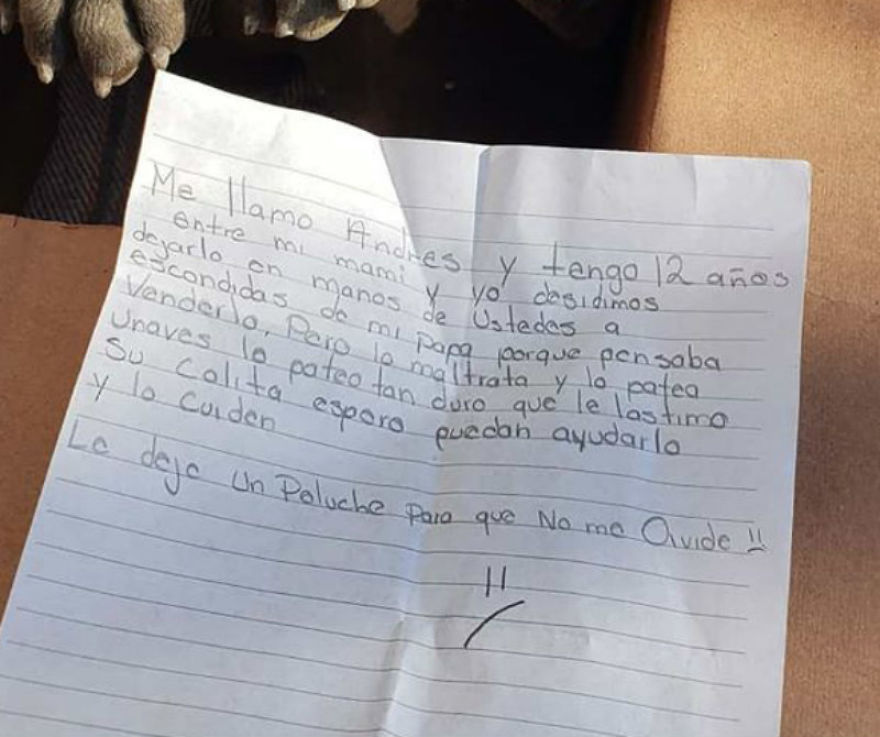 The letter says: “My name is Andrés and I’m 12 years old. My mom and I decided to leave him to you. All of this is behind my dad’s back, because he was thinking of selling him. But he is always beating and kicking the dog. Once he kicked him so hard that his little tail got injured. I hope you can help him and take care of him. Here is a plush toy so he won’t forget me.” 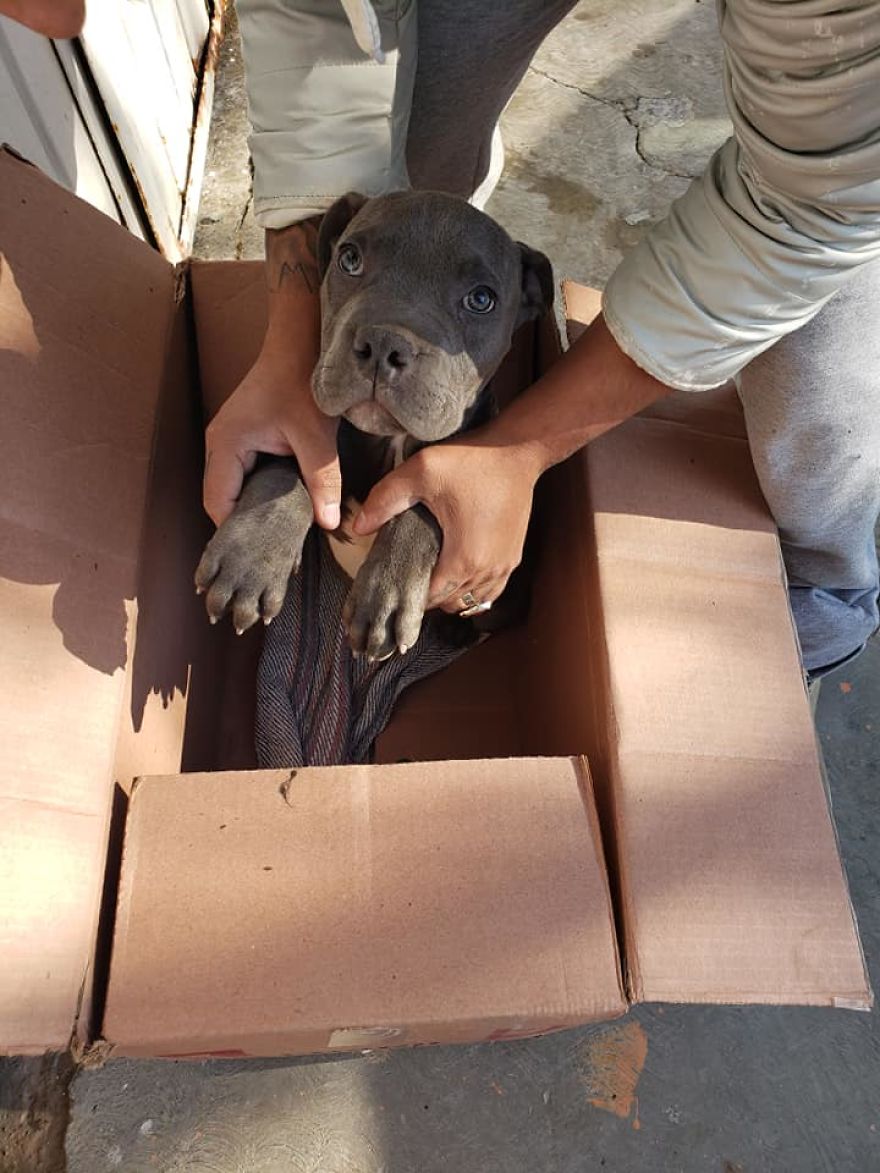 The shelter named the dog Rene. They are looking for the right family for the puppy—they have many choices because they got over 300 messages with people wanting to adopt this beautiful pup. 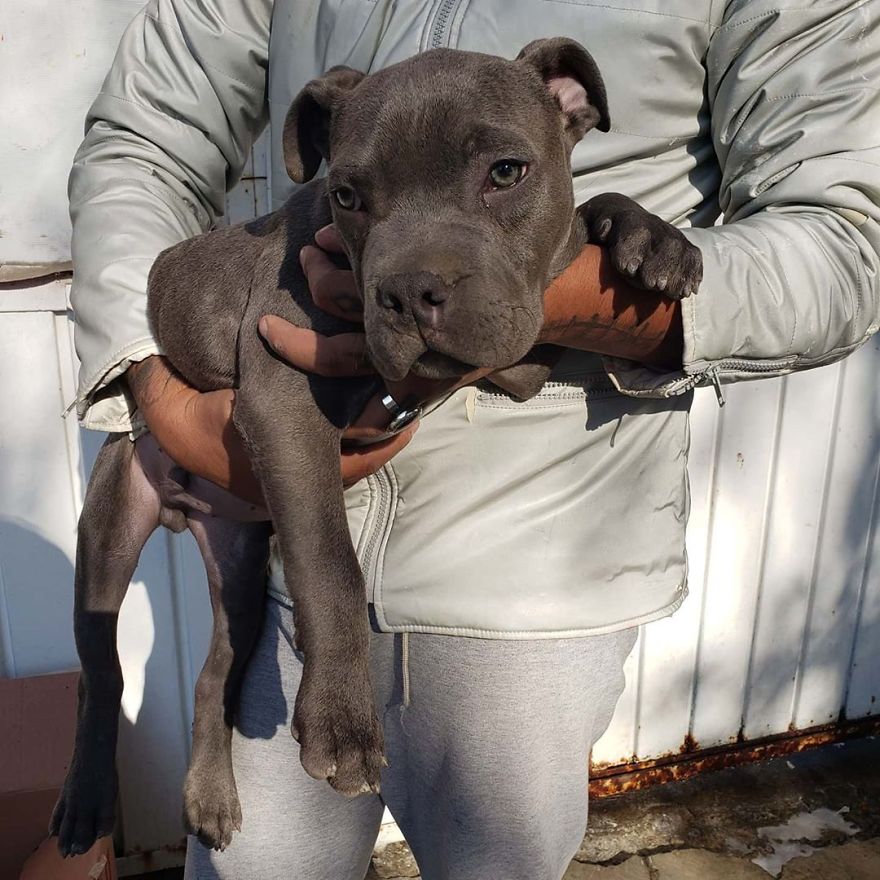 The shelter also mentioned that they wish more people would adopt animals, not only when they go viral. There are millions of abused animals in the world and they all need love and a happy family. 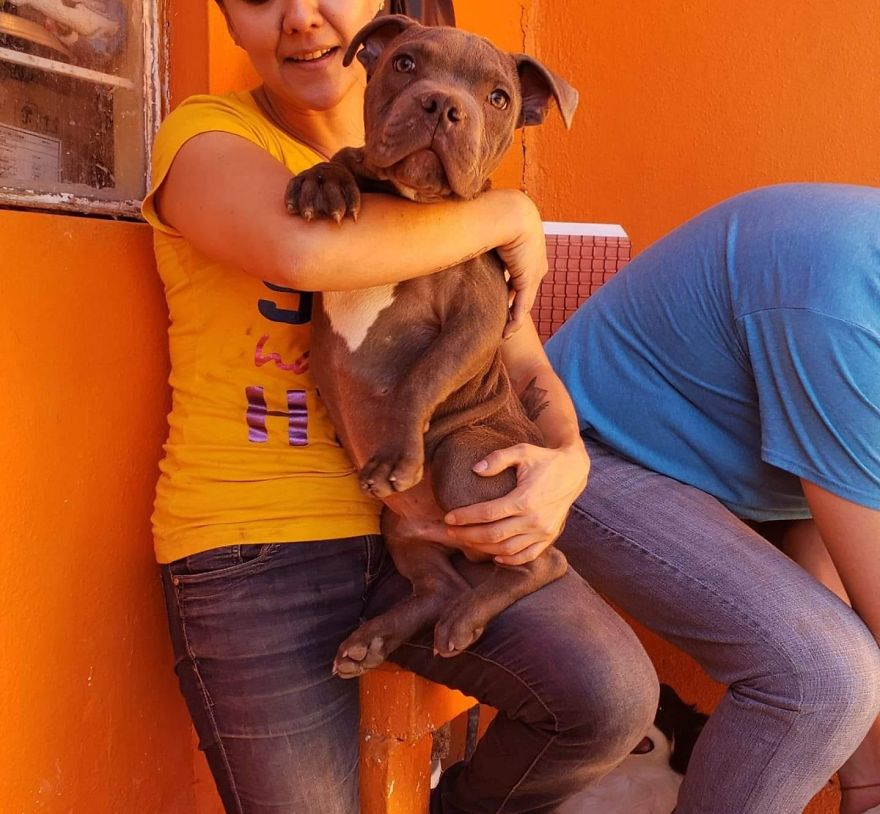 “If you all opened your heart and your home to all and not only to this dog, all our animals in the shelter would have been already adopted twice. Thanks to the few people who came to the shelter offering their help to protect other animals suffering abuse or being abandoned in our district and surroundings.”