Dogs are incredible pets in so many ways. They’re intelligent, loyal animals who won’t hesitate to help their owners in times of crisis.

That’s what one inspiring story proves, as one dog saved his owner’s life, never stopping even as he hurt his own paw in the process.

Reddit user u/shotgun-octopus shared the story online. He says that recently he was doing some work on his house, and the only one around was his dog, Ham.“Ham was watching me work because he loves me,” he wrote.But then, disaster struck: the man fell off the ladder, splitting his head open, cracking his ribs and breaking his knee.

The situation was dire, and he likely would’ve lost his life… if it wasn’t for his loyal dog.

With no one around, Ham began dragging him by the shirt to help. As the man yelled for help, Ham howled.

While dragging his owner, Ham tore his foot open, but continued his mission of getting the man to safety. 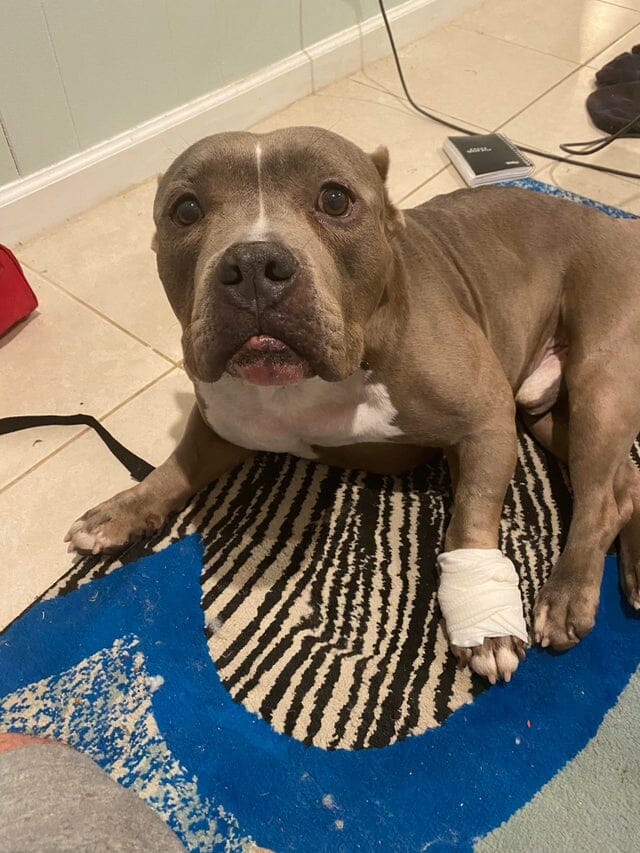 Luckily, Ham’s heroic effort paid off: they were able to get the attention of neighbors, who called emergency services.

The owner was rushed to the hospital, where doctors were blunt: he nearly died in that accident.

“They told me I wouldn’t have lived. Ham saved my life,” u/shotgun-octopus wrote. “I should be dead, but he saved me.”

His story went viral on Reddit, where he praised his dog as a hero: “Thank you, Ham. You are my best friend.”

How incredible. Thank god Ham was around to save his owner’s life! What a hero!