It’s no secret that pets are often not permitted inside soccer stadiums. No matter how much you love your dogs or cats, you still can’t just bring them to the stadium with you to watch a soccer game, let alone let them join the players. So when this dog showed up on the soccer field of the Hernando Siles Stadium in Potosí, Bolivia, he went viral right away.

Cachito was spotted invading the match between The Strongest and Nacional Potosí with a soccer cleat in his mouth, the playful boy seemed to have a lot of fun as he ran around wagging his tail happily and then chewed the cleat passionately. 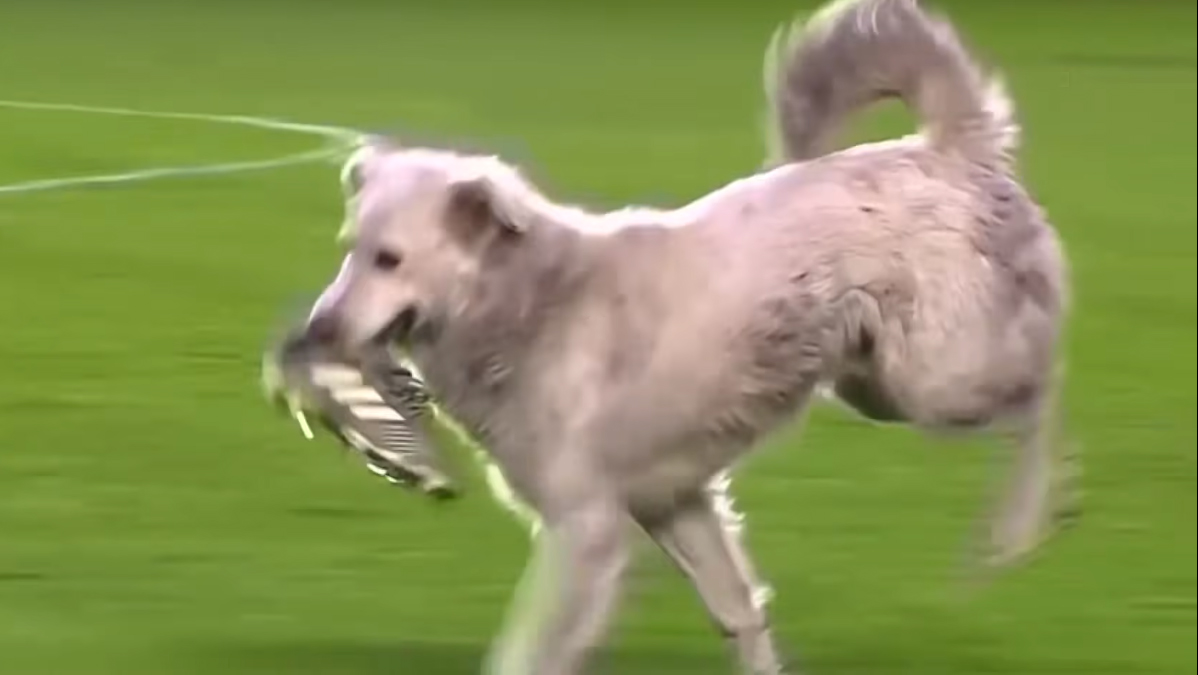 The dog stole the show for three minutes straight. It wasn’t until the referee stopped the match for a few seconds that he was carried off the pitch by a defensive midfielder of the home team, Raúl Castro (also known as “Chacha” and “El Comandante”). 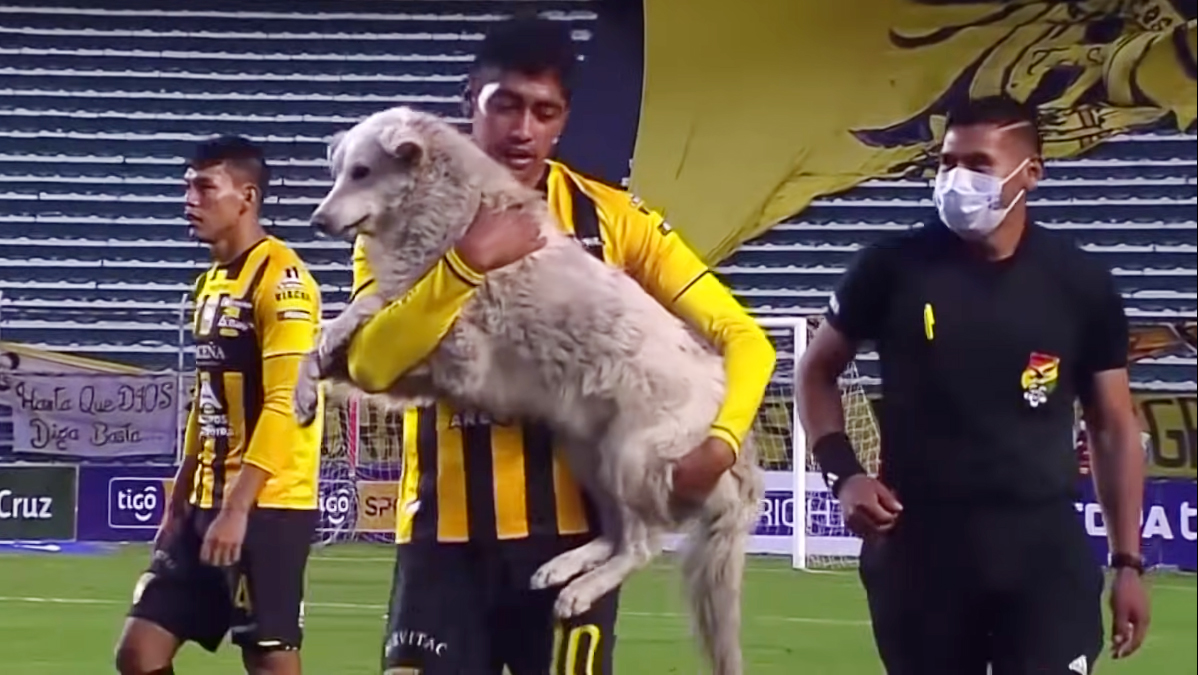 Even though his show didn’t last very long, it still helped him stole the hearts of all the players and countless fans worldwide. Maybe this pooch was a symbol of luck because The Strongest did win 3-0 that day.

However, it was not where the story ended. The famous doggo was seen on the streets only two days afterward in a really bad shape: he was hit by a vehicle. 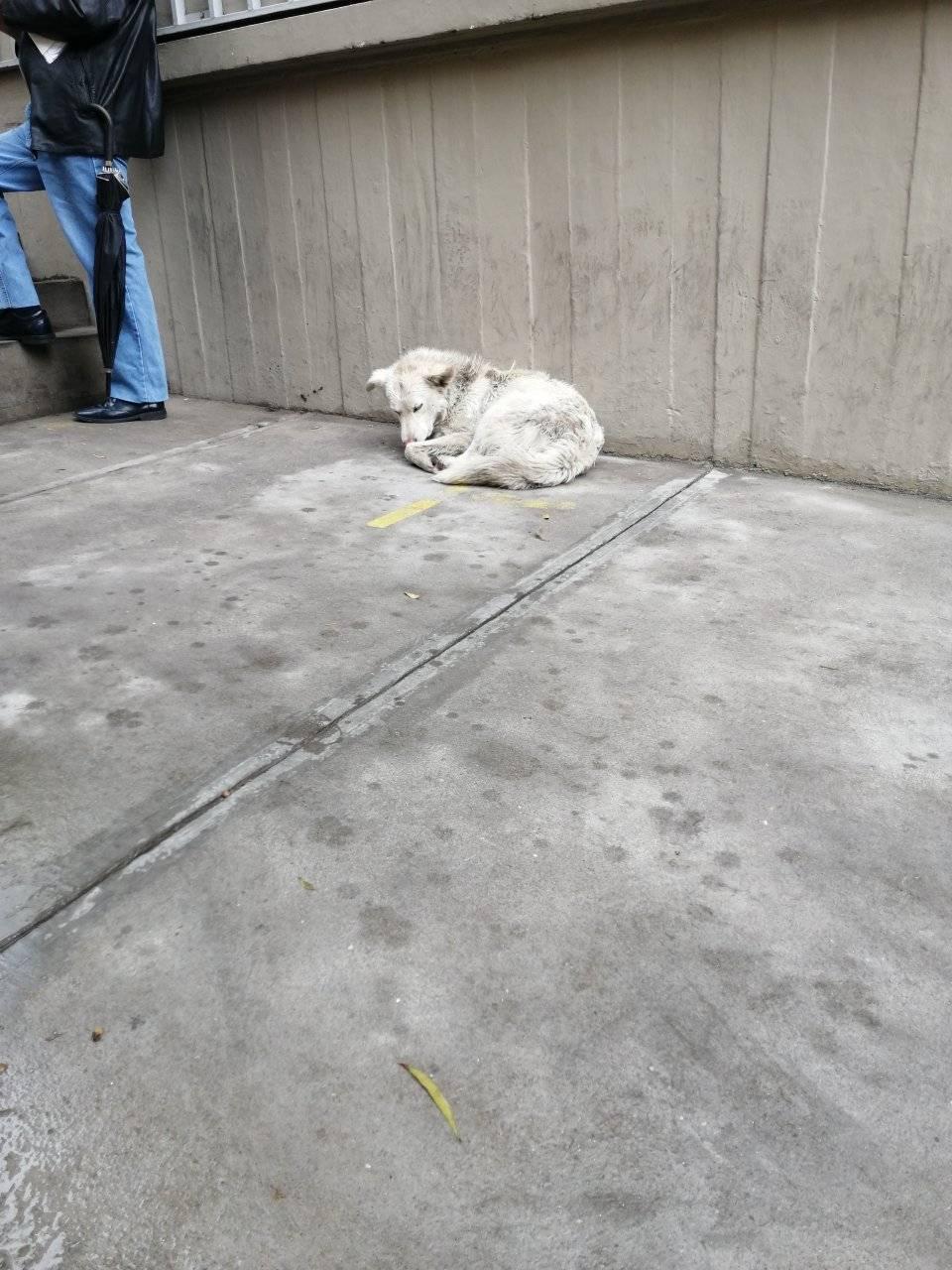 Luckily, Cachito was rapidly taken in by a shelter located in Chasquipampa, La Paz, where he got the chance to meet his old friend again. 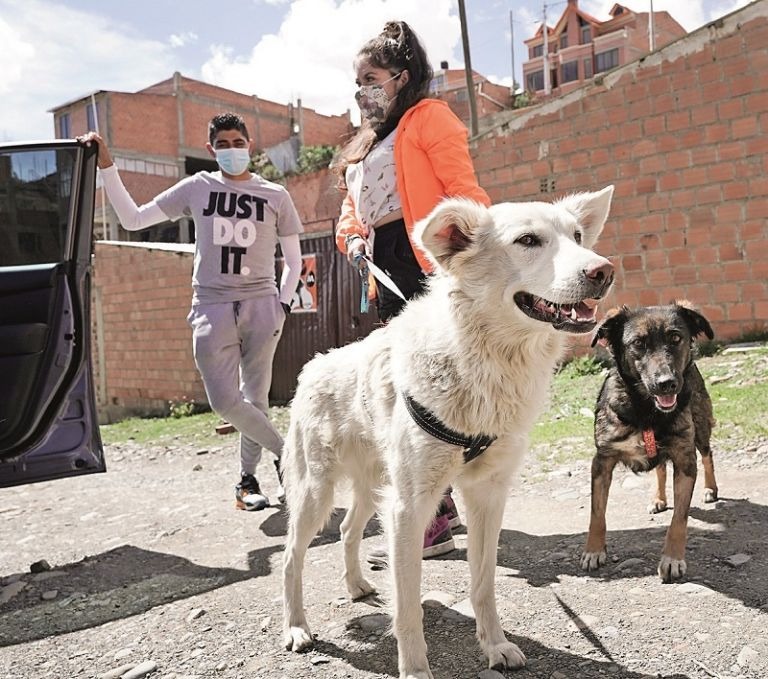 According to what Raúl shared, the player was doing some procedure as he accidentally noticed a familiar face from the corner of his eye. 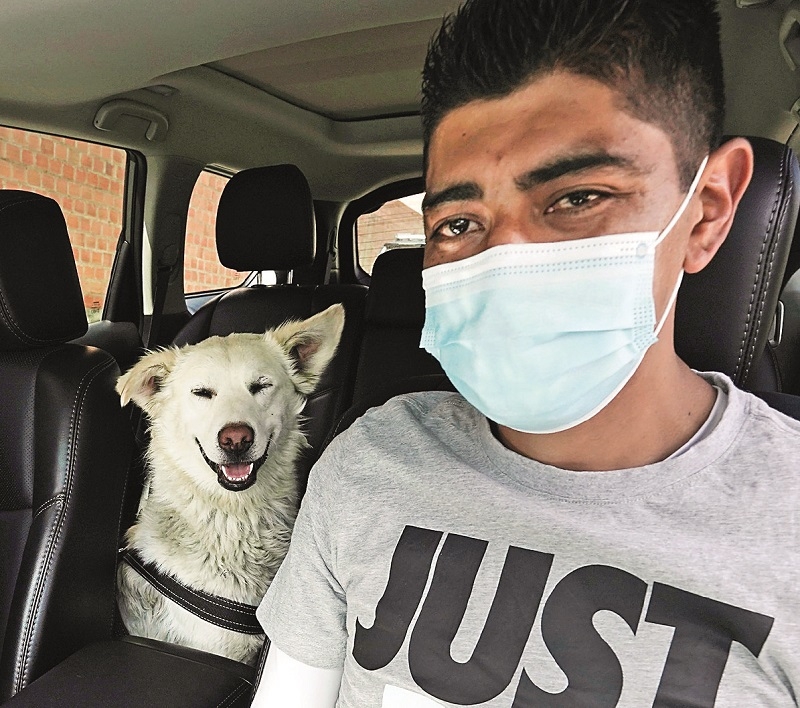 After confirming it was indeed Cachito the troublemaker he met two days ago, Raúl immediately decided to deposit for the dog’s medical treatment and promised to come back to adopt him after he finished his next match – which was exactly what he did.