The Mount Laurel Police Department was alerted about a wee injured Pit Bull puppy stumbling about in a secluded industrial area in New Jersey. An officer quickly responded to the scene and rescued the helpless puppy, who had suffered a nasty head wound.

The officer rushed the puppy to the Burlington County Animal Shelter for the necessary first aid.

The puppy had no microchip or ID, so the department reached out to the public in hopes of locating his family. However, no one turned up and it became clear that the lonely puppy was homeless and needed a good home. When Officer Matthew O’Hanlon learned about the puppy’s predicament, he immediately came forward to adopt the little one!

The 3-month-old puppy, now named Thor, is healing up splendidly in his forever home with his cop dad! Matthew has always had a thing for Pit Bulls, and he adores the breed’s faithful, affectionate ways. 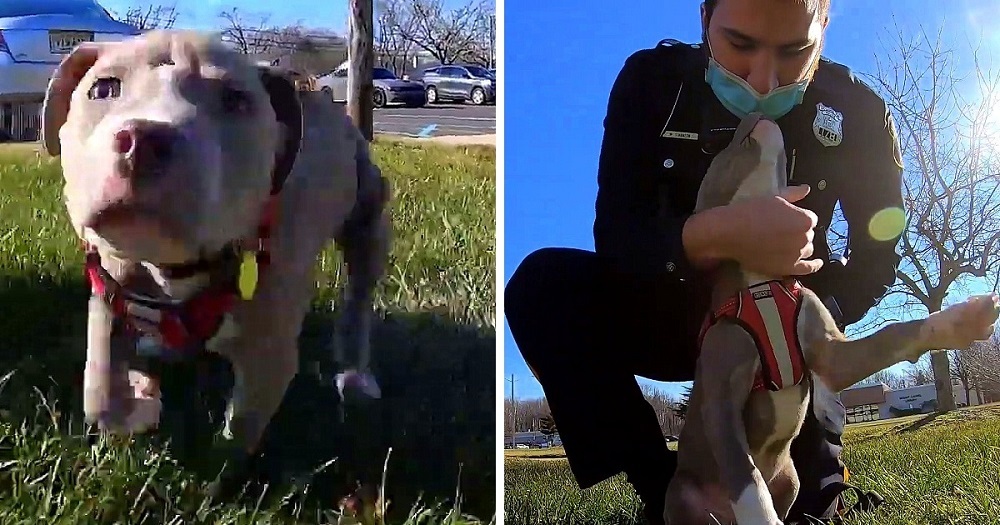 While it is obvious that Thor has had a battered past, his doting new dad has declared that Thor is going to be “spoiled for the rest of his life”! 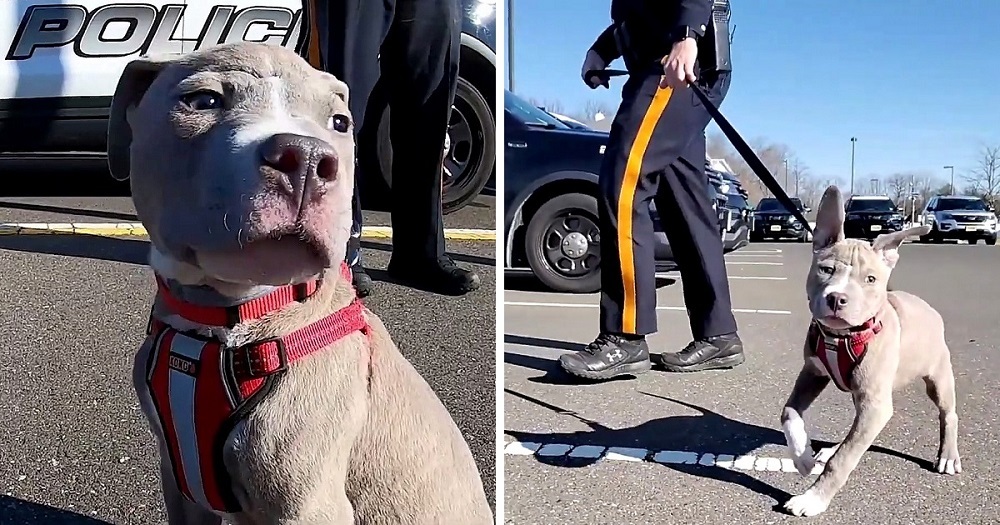 Thor is already blossoming into a great furry companion for Matthew. He loves following Matthew around and has an incredibly curious nature!

As for Matthew, he feels blessed to have a super loyal puppy to lean on after fulfilling his exhausting police duties every day. Matthew and Thor do make a great duo!