In South Africa’s Kruger National Park, an exceedingly uncommon albino elephant was born. A ranger saw the strange creature along the Shingwedsi River. A large number of elephants gathered here to drink and bathe. Because of its pink skin, which contrasts with the grey skin of African elephants, the pink elephant was simple to detect.

Nicki Coertze was the first to notice the small one. The 58-year-old guy stated that he had been a frequent visitor to this location since he was a small child. He did say, though, that he had never seen anything like it. As a result, when he first saw the uncommon animal, he snapped as many pictures as he could. 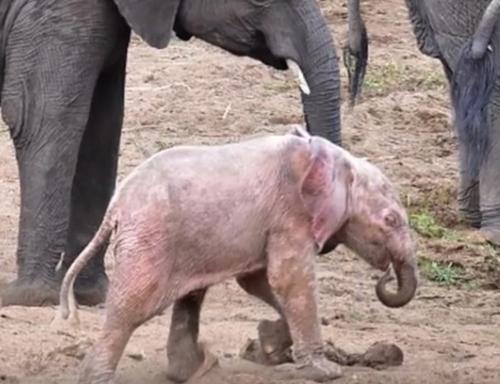 After all, you need to document this once-in-a-lifetime opportunity. 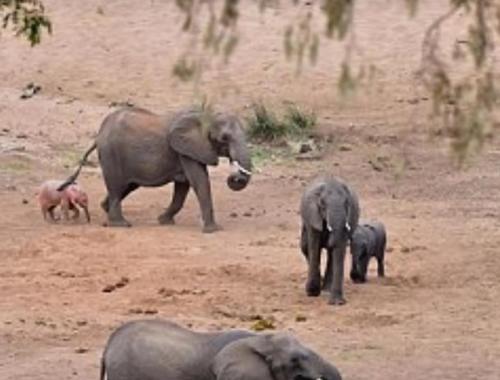 Albinism is caused by a lack of skin pigmentation, according to wildlife specialists. 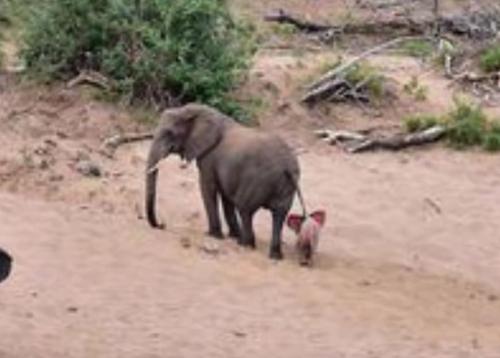 However, despite its breath-taking impact, this disease may result in vision loss. And, on rare occasions, blindness.

Albino animals are sometimes shunned by their herds due to their odd appearance. Thankfully, this is not the case here, as this little pink fella appears to be well-liked by his family!