I think that most of us would be willing to go the extra mile when it comes to caring for our pets. We might even take ourselves outside of our comfort zone, but few of us would do what Alicia Castro was willing to do.

It seems as if the 25-year-old woman was willing to spend four days outside with a rabbit in order to gain the trust of the long-eared animal.

The rabbit had been dumped outside of her apartment and it took her a long time to capture it and care for it.

She would talk to the rabbit while leaving it food, even in freezing cold temperatures. It must’ve felt like a long time but it was a labor of love, and eventually, Alicia was able to coax the rabbit into a pen.

She said in the video below: “Tons of people knew the rabbit was there! A few said they tried to catch it but nobody really cared enough to do anything.”

Alicia also realized that the colder weather was coming and she knew she would feel guilty if she didn’t do something. After looking into the rabbit’s eyes, she knew she had to do anything she could to save him. 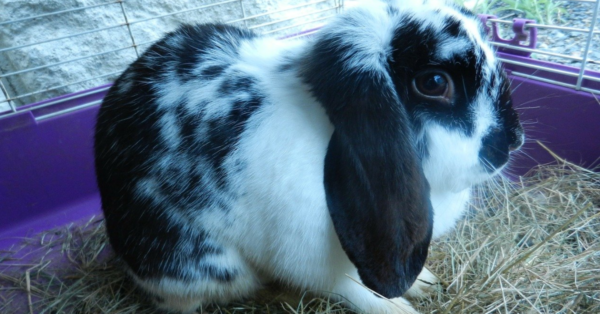 In the end, she admits that it was stressful and she was sick because of the freezing temperatures. She would sit outside to gain his trust every day, feeding him and trying to get him into the crate. 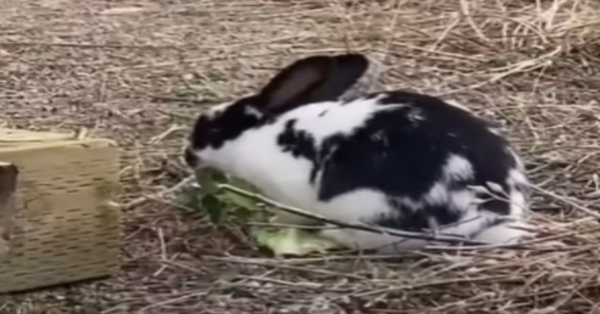 According to the Good News Network, Alicia said: “Filming [and sharing] the process felt pretty normal for me, but it was great to have so much helpful advice. At first I just had a towel to grab him with but by day four, I had proper food, a crate, and knowledge that made rescuing him possible.” 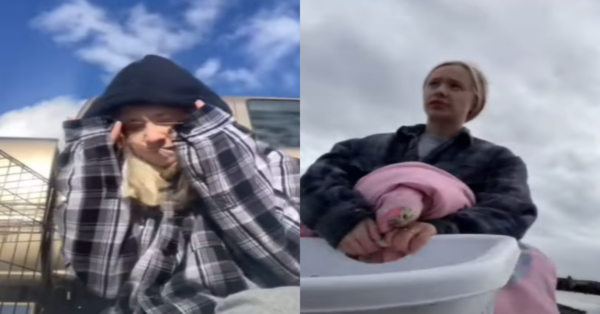 She admits that the hardest part was the third day. She was starting to feel as if the rabbit would never trust her but she knew that millions of people were watching the progress she was making as well. 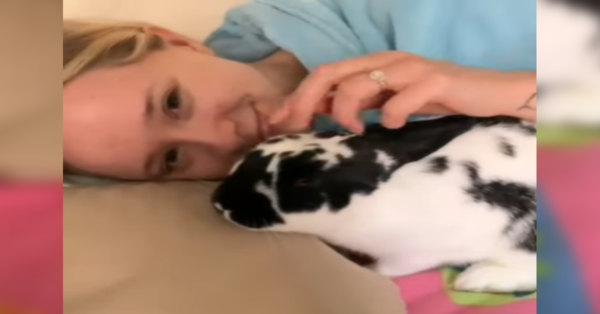 After finally capturing the rabbit, she named him Bunnie and is now pampering him with plenty of TLC. She contacted the local Humane Society and she was planning on fostering him but after spending some time with Bunnie, she realized that she was going to give him a forever home.

In the end, she has some advice for those of us who may try something similar. She says: “Even if it’s hard, even if it takes time, don’t give up. There are so many animals that need help and don’t have anybody to stand up for them, so be that person.”