You wouldn’t expect an elephant and a black lab to be the best of buds, but that’s precisely what happened when Bubbles, an elephant, met a black labrador named Bella in Myrtle Beach.Both Bubbles and Bella call the Myrtle Beach Safari in South Carolina their home.

However, one is a 9,000-pound African elephant, and the other is your typical black lab! Bubbles has lived at the sanctuary since 1983, two years after both of her parents were killed by poachers. At the time, Bubble weighed “just” 300 pounds! 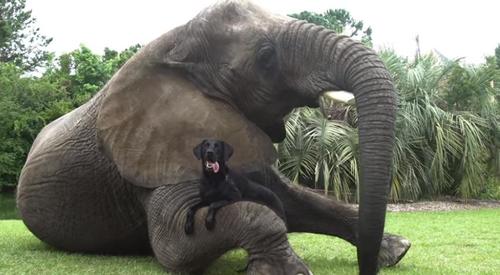 Bella joined the sanctuary in 2007 after she was abandoned by a contractor who was actually building a pool for Bubbles. Anyone who’s ever had a dog knows how much they love water. Bubbles often liked to swim, and it didn’t take long for Bella to join the elephant in the water. 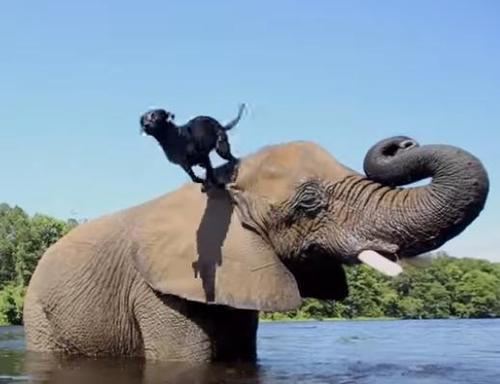 Photos shared of the unlikely duo show them playing together on land and in water. They even play ball together! In at least one photo, Bella has climbed onto Bubbles’ back! 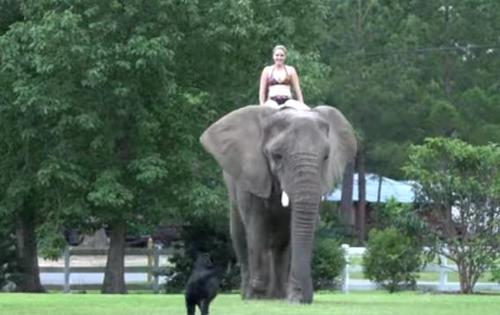 In another photo, Bella launches herself from the elephant’s head while playing. Bella is definitely the more energetic of the two; Bubbles tends to be more laidback than her canine friend.

As the pair grew famous, they were even featured on Good Morning America. As a mascot for the reserve, Bubbles helps to raise funds for conservation efforts. And who doesn’t like to see a happy elephant? Thanks to her friend Bella, Bubbles is exactly that!