Every once in a while, we run across a story about an irresponsible owner who ditches their dog in a public location with a sign around its neck. It asks that someone take care of the pup.

It’s always a mystery how people can abandon their loyal companions. Thankfully, this isn’t one of those stories.

There is one similarity, though… the adorable golden retriever has a sign around his neck and everyone who sees it wants to take him home with them.

At first glance, shoppers going into and out of a Target store in southwest Pennsylvania probably thought this was yet another case of abandonment. The friendly golden retriever was sitting on the sidewalk with a sign around his neck.

But once they saw the sign up close, it became obvious this was one very loved and well-cared-for pup. 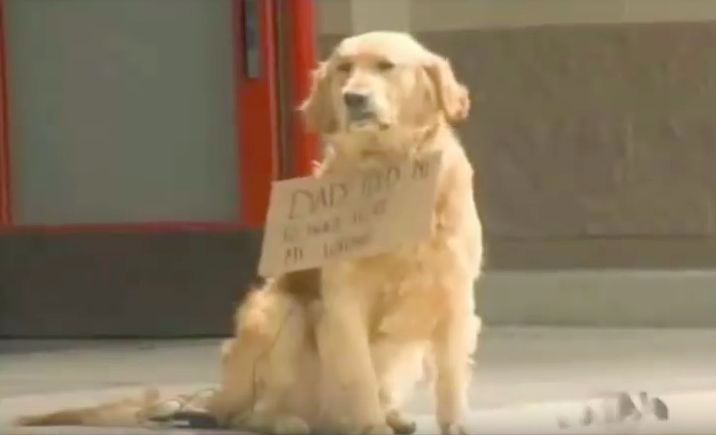 Altoona resident Steve Moore adopted the three-year-old dog, Jackson, from a shelter and spent the next month training him so he’d learn to ignore distractions. 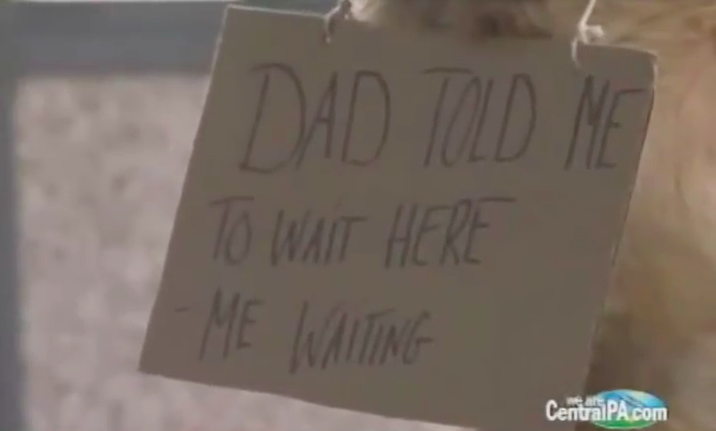 That involved lots of treats and trips to heavily trafficked areas where the sweet golden honed his impulse-control skills. 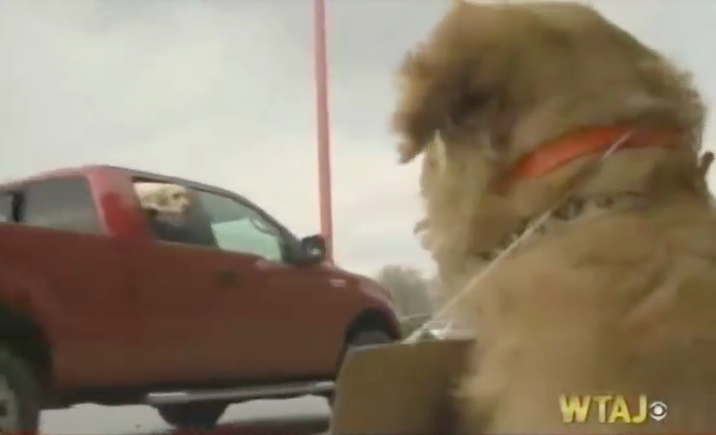 Though he gets tons of attention as he sits patiently waiting for his dad to collect him after running errands, Jackson knows to stay put. 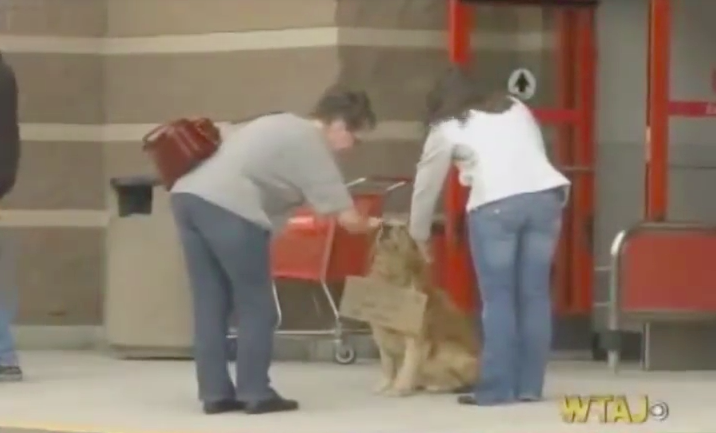 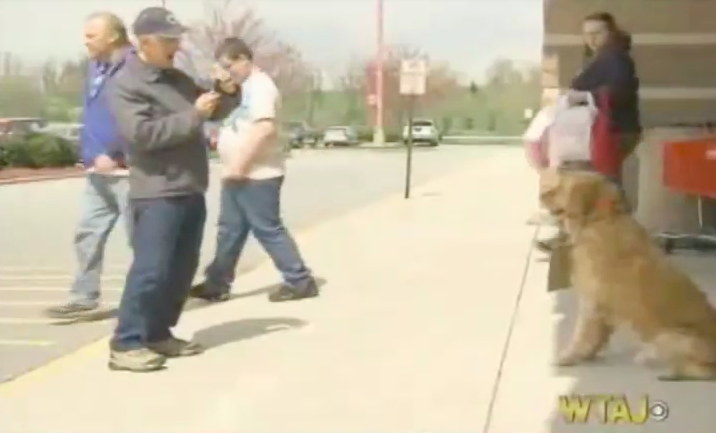 “Everybody wants to take him home. I just find that amazing because four weeks ago, nobody wanted him,” Steve said.