When LA-based nonprofit Hope For Paws got a text about an abandoned desert dog with pups, a member of the animal charity group jumped into action immediately.

The mama, who rescuers named Moon, had taken refuge in a plant nursery with her babies, as the nights grew colder.

Her pups, who were around 5 weeks old, seemed healthy and well cared for — an impressive feat, given that Moon was suffering from eyelid entropion, meaning they had rolled inward and were beginning to irritate her corneas. The condition can cause blindness if untreated and was definitely a source of pain for Moon each day.

Maybe that’s why she was so happy to see some friendly faces when Hope For Paws showed up. “When Moon heard my voice, she ran towards me as if she was expecting my arrival, laid on the ground, and rolled over… it was such a sweet moment,” wrote her rescuer, Eldad. 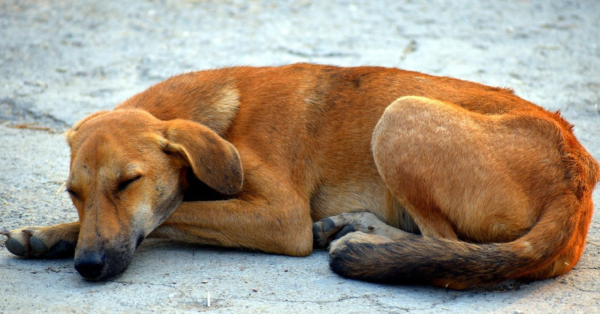 After tracking down Moon and her pups, Eldad let her nurse them before putting them in the back of his truck.

Then, Moon was loaded alongside them in her own cage for the long trip back to the animal hospital. 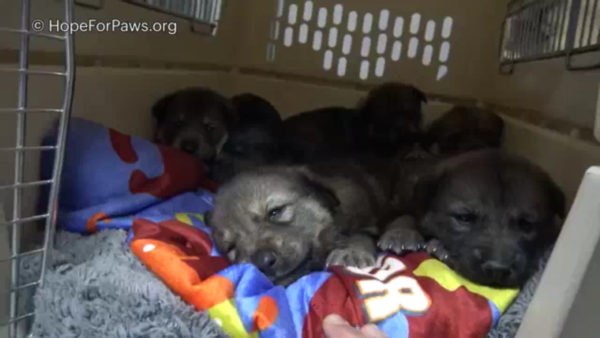 Once there, they were given a standard checkup and clean bill of health. While they were still dusty and dirty from their time in the desert, they were also exhausted.

“I wanted the family to get some rest, so we waited until the morning for the bath,” Eldad explained.

Once they’d been cleaned up, they were ready for fostering. LA Animal Rescue stepped in to foster the pups, and they’ll be ready to adopt a few weeks after.