Rob Adamson lives in St Ives, England. He also happens to work at the Jones Boatyard, where he has grown accustomed to watching the swans in the area. Sadly, many of these swans are “unlucky” when it comes to parenthood. For many of the birds, they’ve lost their nests over the years to various threats such as foxes and floodwaters.

Feeling sorry for the birds, when the Great Ouse began to flood, Adamson decided that he wasn’t going to let another year go by without doing his best to intervene. As he explained to the BBC, “You’re not supposed to interfere, but it had got to the point where they were all going to die. I couldn’t go to bed knowing that.

I knew I would regret it if I didn’t do anything to save them… I needed to make sure they survived.” Adamson spent the night creating a makeshift raft that he then took to the end of the riverbank. He anchored it so that it wouldn’t float away before he went about the really tricky part. 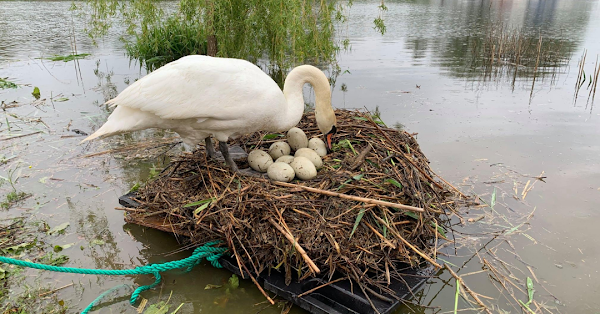 He gently picked up the swan nest and the nine eggs that were inside – as well as an angry mama – and placed them onto the raft. While swans are known to be quite temperamental and mean, this swan surprisingly didn’t attack Adamson, she just hissed at him. Perhaps she knew he was only trying to help? 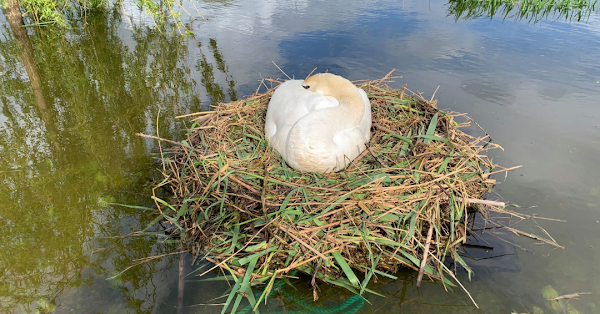 Or, perhaps she recognized him as “the Swan Man.” This isn’t Adamson’s first rodeo with swans. Apparently, several years ago Adamson helped to raise and care for the little orphaned cygnet, Sid. The little cygnet was famous amongst the Essex locals, mainly because Sid initially refused to leave when Adamson tried to release him back into the wild. However, Sid eventually did say his goodbyes but it took a while. 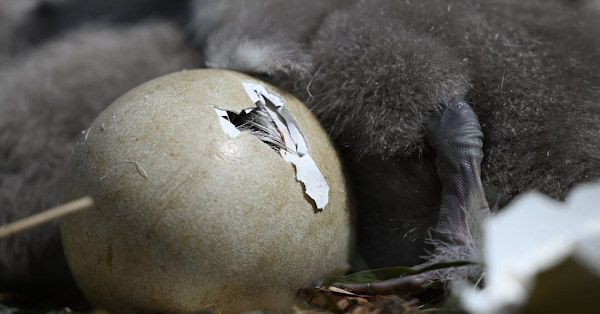 Adamson has nothing but love and respect for his local environment, saying to BBC, “This is why I am here, living on the water. I’m in dreamland with all the wildlife… I wouldn’t swap my boat for a £10m house.” Adamson’s invention turned out to be just what the swan family needed, as their nest has remained safe amid rising waters. Adamson now is looking to possibly build some sort of fencing to help keep foxes away from the swan nests. And his actions aren’t going unnoticed. A Facebook post from Jones Boatyard acknowledged his care and compassion, writing, “It took us all by surprise when the water levels in the lower marina shot up on Saturday night. 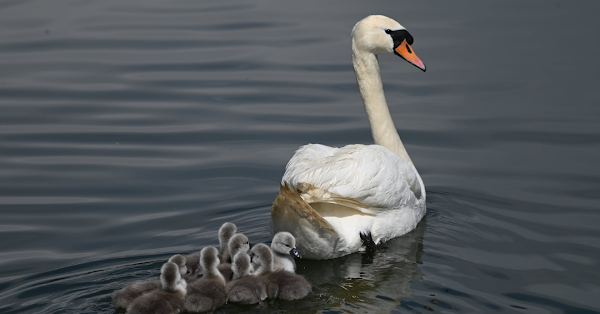 A HUGE thank you to Rob who noticed that the water was lapping around the swans’ nest at 9 pm. If only the Queen knew what great service he was doing for her feathered friends!”