Dogs who have been abandoned in the past continue to experience trauma for years after the incident. The story of a dog named Toby is no different. Fortunately, this story has a happy ending.

Toby was born in South Korea. Despite having had a home for a few months, his owner ended up kicking him out to the street one day.

While a dog would find imminent danger in any country on the street, South Korea has unique problems. This city is infamous for its trading of dog meat.

Luckily, the dog found refuge in a car repair shop. The owner took pity on the dog and drove him to the local shelter. The kind man was shocked to learn that the shelter had no room for the dog inside.

Toby would have to live outside in a cold crate. 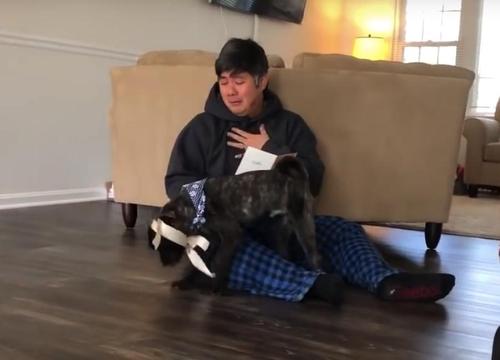 The non-profit Band For Animal learned about Toby’s struggles and decided to get involved. They had Toby sent to the United States in hopes of finding a loving home. Shortly after Toby’s arrival, he already had a potential foster family. Although it was supposed to be temporary, this was still better than living in a kennel outside.

The Hoang’s accepted Toby into their lives.
They already owned a dog, but Ann Hoang wanted another. The couple decided to test this possibility by fostering a dog for a while. Toby was shaking in fear when he arrived at the Hoang’s house. It was clear that he had experienced some trauma. 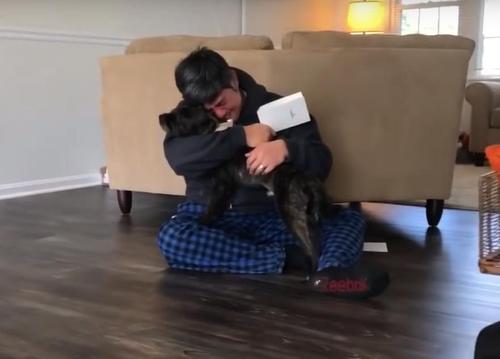 Eventually, the dog became more comfortable with the family and decided to leave his crate. He never looked away from the Hoang’s or their other dog. They were being kind and welcoming, but Toby was still scared. After a few days, Toby warmed up to the new situation and began trusting his new owners. 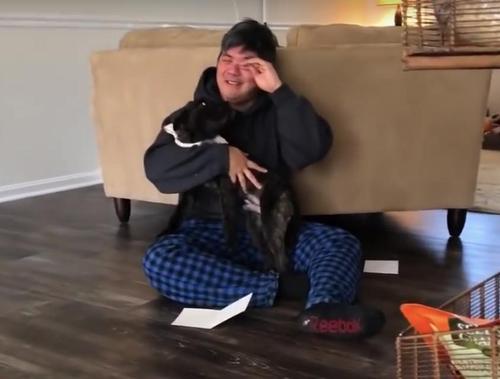 Over the next week, Toby’s comfort and confidence continued to grow. Charlie, the other dog, even started to play with Toby. The two began cuddling with each other and eventually became great friends.

While the situation was improving, the Hoang’s learned that two families were potentially interested in adopting Toby.