Homeless animals struggle daily in order to find food and a safe place to sleep. In India, there are approximately 30 million stray dogs fighting for their lives. That’s a startling number.

Thankfully, despite economic hardship, there are rescue groups like Animal Aid, that are determined to help as many animals as they can.

Animal Aid rescuers received a call about a stray dog that collapsed in the middle of the street. He was unable to move. When they arrived, they were struck by his condition. Every bone showed on his body. The kind man, who was ready to do all he could to save his life, could see that this young dog had suffered daily. But despite being weak and very ill, he managed to wag his tail a bit. As if to say “Hi.” and “Thank you.”

The sweet dog, later named Sparkle, was wrapped in a blanket and carefully scooped up. It was time to take him to the Animal Aid sanctuary. He needed immediate medical care. 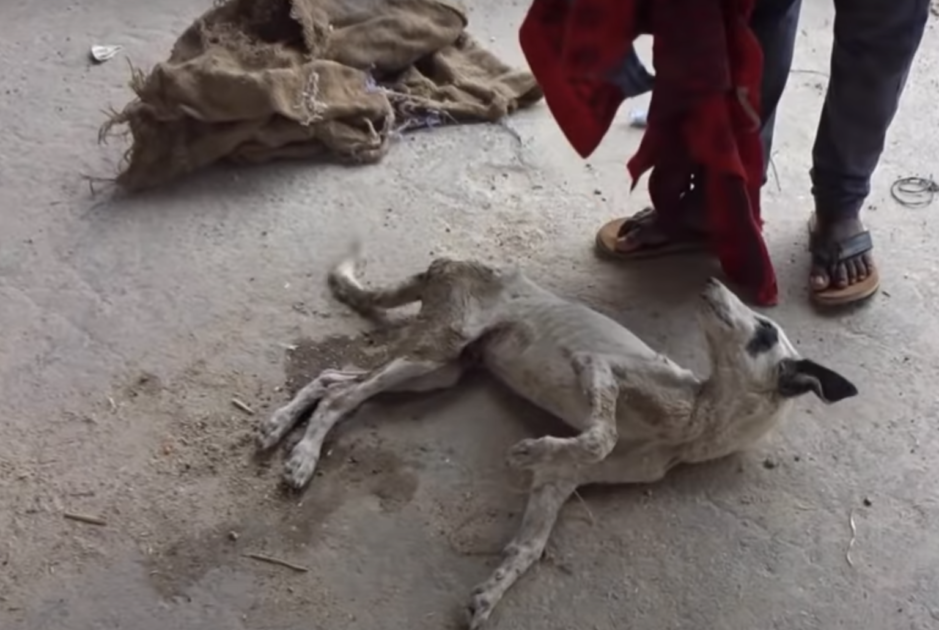 The vet suspected that the dog was suffering from distemper and he was right. The virus causes diarrhea and loss of appetite. Once the virus is addressed, Sparkle should improve. The sweet boy lay on the exam table and patiently allowed his new human friends to help him. 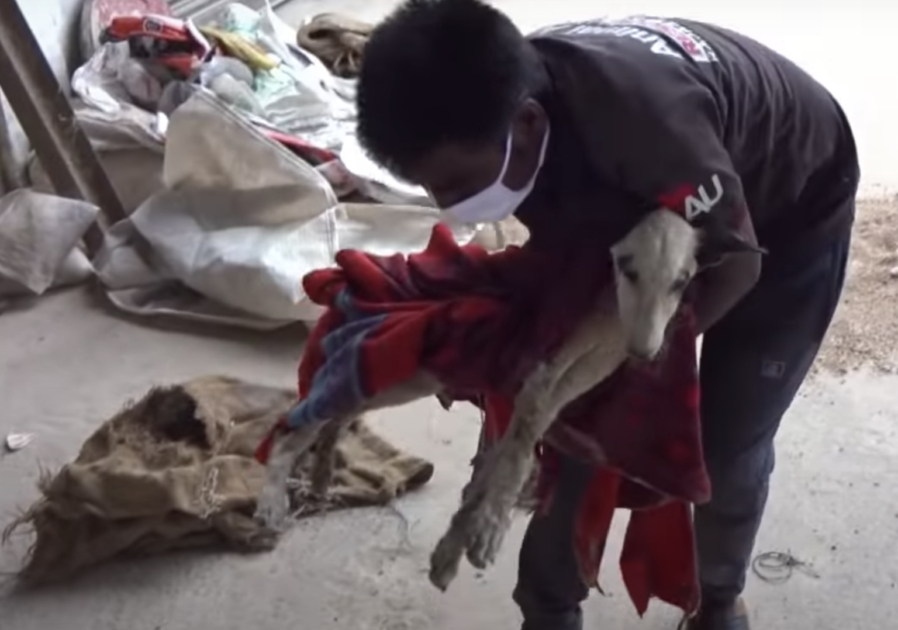 With antibiotics on board to prevent secondary infection, Sparkle needed rest as well as IV fluids. He was too weak to stand but he approves quickly. Five days later, he’s able to eat on his own! He loves to be held and pet. He’s such a sweetie! 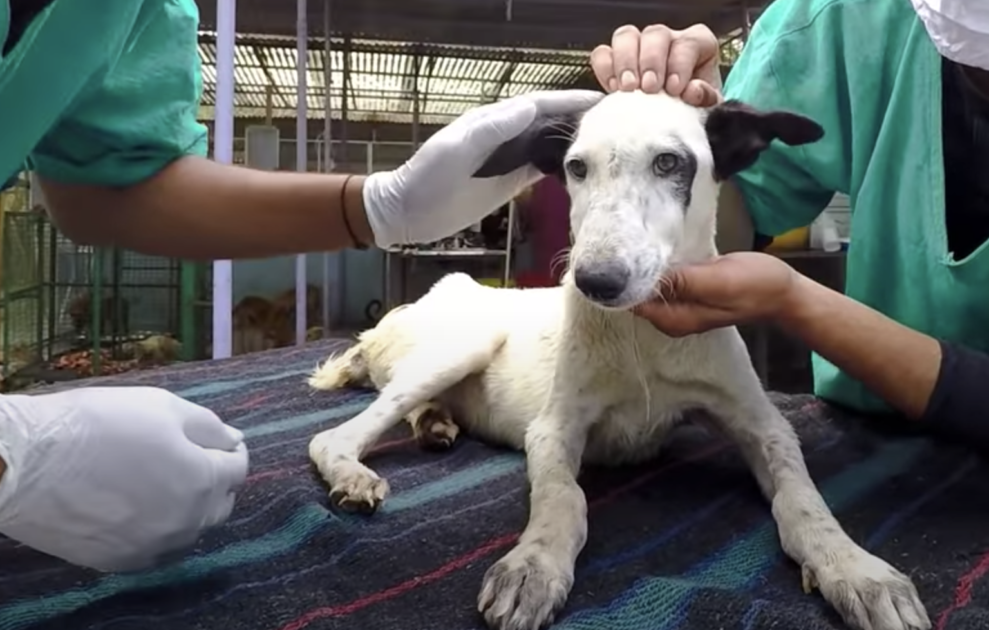 His new caregivers also start Sparkle on physical therapy. He needs to build up his strength and coordination. He smiles through each PT session. Isn’t he adorable? 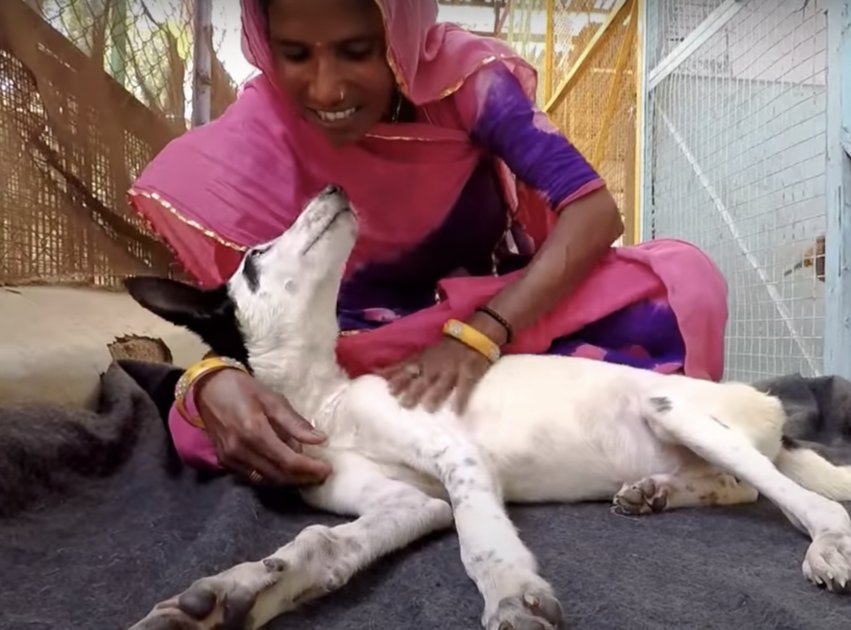 Twenty days after rescue, Sparkle is still wobbly. But he’s a fighter and his caregivers continue to work hard to get this boy in better shape! In fact, he loves his new friends so much that he takes his first steps on his own, while smiling, in order to give his caregiver a kiss. You have to see it for yourself! He’s amazing!

With continued medical treatment, and lots of love, Sparkle makes marked improvement. You wouldn’t even recognize this sweet boy now. We won’t spoil it for you.

We have so much admiration for this incredible organization. We are elated that Sparkle not only survived but is truly happy. He will never be on the streets again!