Dr. Deborah Wilson of Circle L. Ranch Animal Rescue & Sanctuary received something alarming in her e-mail. Someone informed her of a local man who didn’t want his Pit Bull puppies anymore and was threatening to drown the pups if no one comes forward to take them. There were nine Pit Bull puppies, and they were only around four weeks old.

Deborah brought the pups to a mother dog that they just recently rescued from the Pinal County Shelter.

The mother dog has two 6-day-old pups of her own, and Deborah was hoping that the mother would also nurse the five pups. 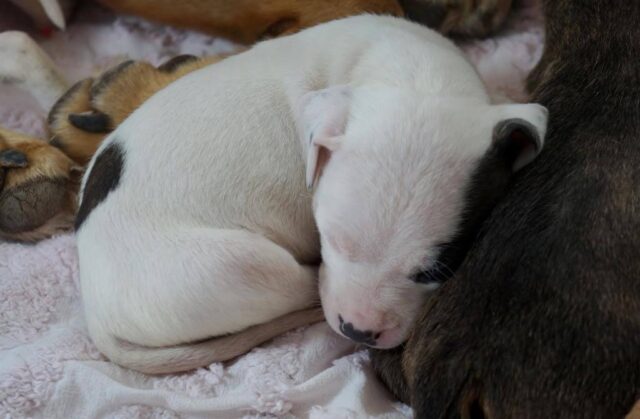 Thankfully, the mother dog welcomed the pups and treated them like they were her own. She could’ve just easily rejected the puppies, but instead, she acted as a surrogate for them. 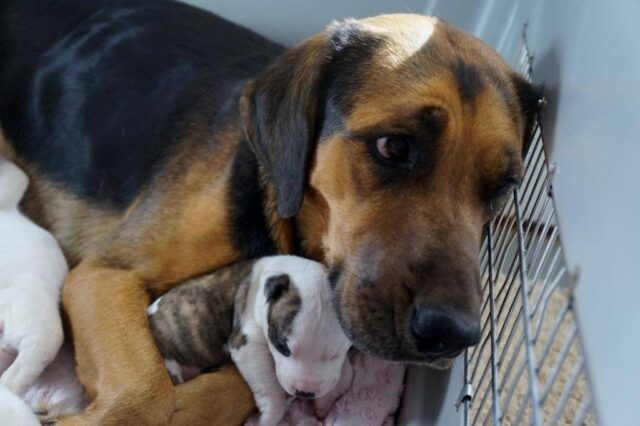 “When I got back we introduced the runt to her, she sniffed him and licked him, we placed him down on her nipples and he started eating right away. She was ok with it and seemed pleased. So one by one we brought in the others, she accepted all of them.” 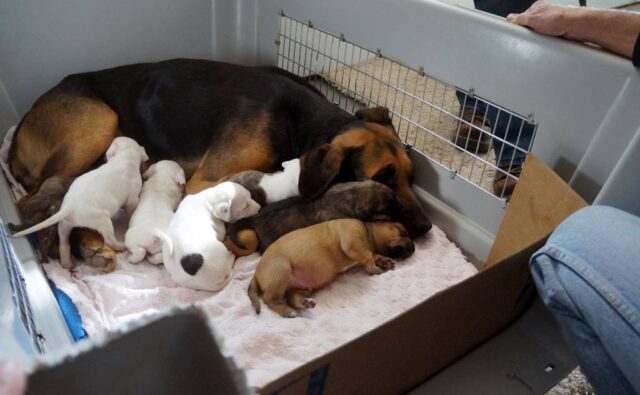 Deborah added, “She is the best mom. Even though the new five are older they are smaller than her two. So glad they are nursing.” 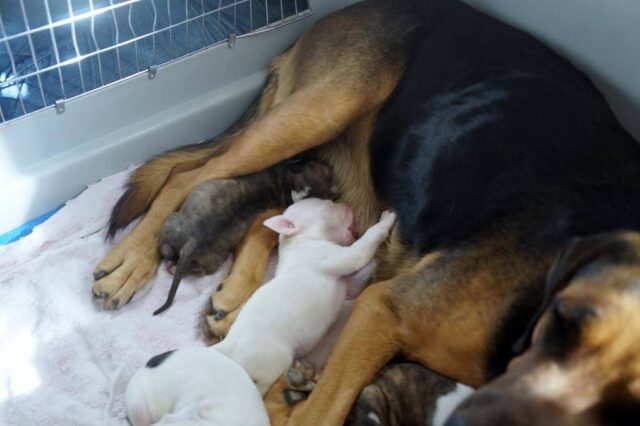 A big thank you to Deborah and to the rest of the rescue community who rallied to save these poor puppies. 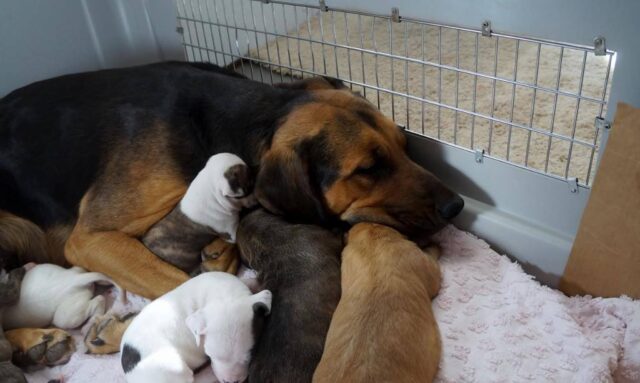 These beautiful babies will be cared for, and when they get older, they’ll be neutered/spayed, and will be up for adoption. Hopefully, they will all find loving families who will give them a forever home.