Rescuer Danny knew that the dog lived in an orchard by the freeway, but there was just no way would Charlie ever leave that place. In fact, there was a certain peculiarity to his behavior that caught Danny’s eye – one that was definitely a bitter pill to swallow.

During his regular visits to feed and tend to Charlie, Danny noticed that the only time the recluse dog did move was when he saw big trucks passing by toward south. Charlie would desperately go running after each and every such truck, and would bark at the top of his lungs to get their attention.

That only meant one thing – Charlie was an abandoned boy and he was convinced that his truck-driving owner would return for him one day. 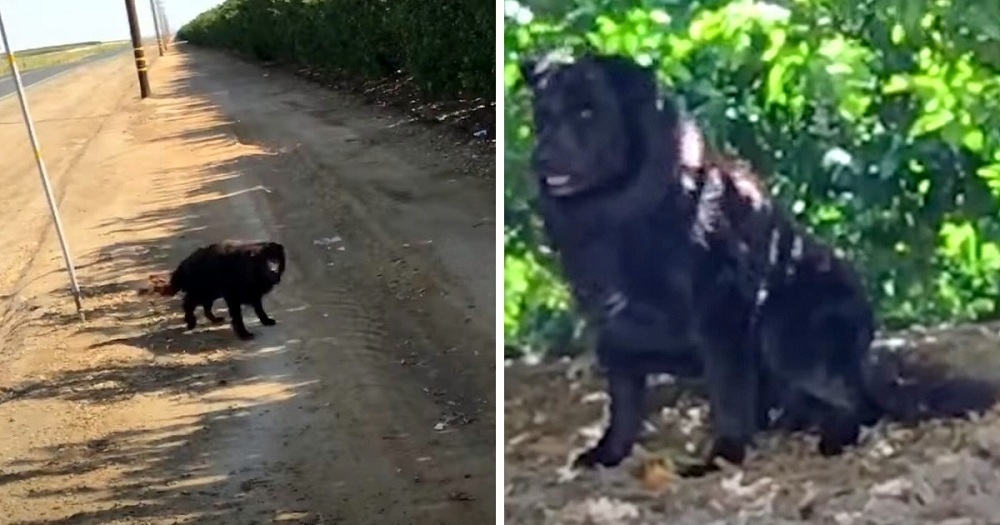 Danny decided to gain Charlie’s his trust little by little. But over time, he realized that the dog was actually blind and had an injured leg that made life hell for him. Seeing Charlie painfully limping like a rabbit behind oncoming trucks, Danny decided to get a team onboard and rescue the vulnerable pooch for good. 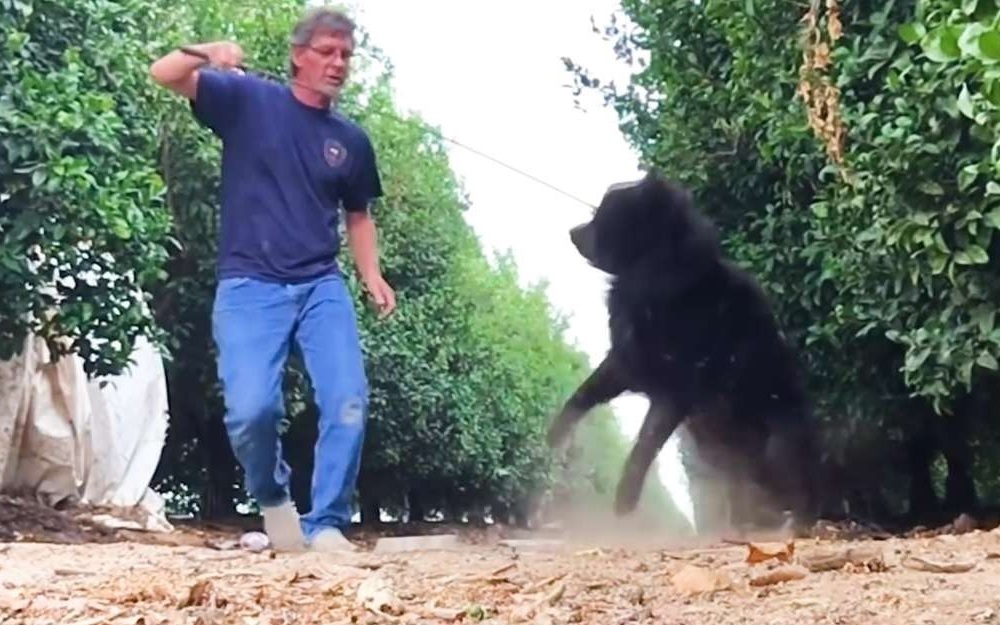 As expected, Charlie wasn’t pleased with the sudden entourage of humans surrounding him with snares. But once he was captured and placed in a crate, a remarkable sense of peace overcame him. He somehow realized his troubles were over, and embraced his rescuers with grateful kisses! All this time, he wasn’t mistrustful – just too heartbroken to move on!

While Charlie had to get his injured leg amputated, his heart was truly ecstatic on being surrounded by doting humans again. Watch this video till the end to cherish Charlie’s heartwarming journey to his dream forever home! For 3 years, everyone was used to seeing Charlie’s gloomy face and yearning eyes. But look at that million-dollar smile now!