As people get older and begin experiencing some of the less joyful parts of aging, they can start to feel invisible, confused, and left behind.

Charles Sasser has Alzheimer’s, and has had a rough time with the disease. It’s not easy to navigate life when the world is getting more and more unfamiliar.

It reminds us just how important all the “little things” in life are. When someone is navigating a disease as intense as Alzheimer’s, the tiniest gestures can trigger a world of difference to them; and the clouds can clear just enough for the real person to shine through for a while.

Sasser is a war veteran. He can no longer speak most of the time, which is a major source of frustration for him. His children have watched helplessly as he’s become trapped within the confusion of his mind.

Being able to speak and communicate clearly is something that a lot of us just take for granted. Without really thinking about it, we just assume we’ll always retain who we are. 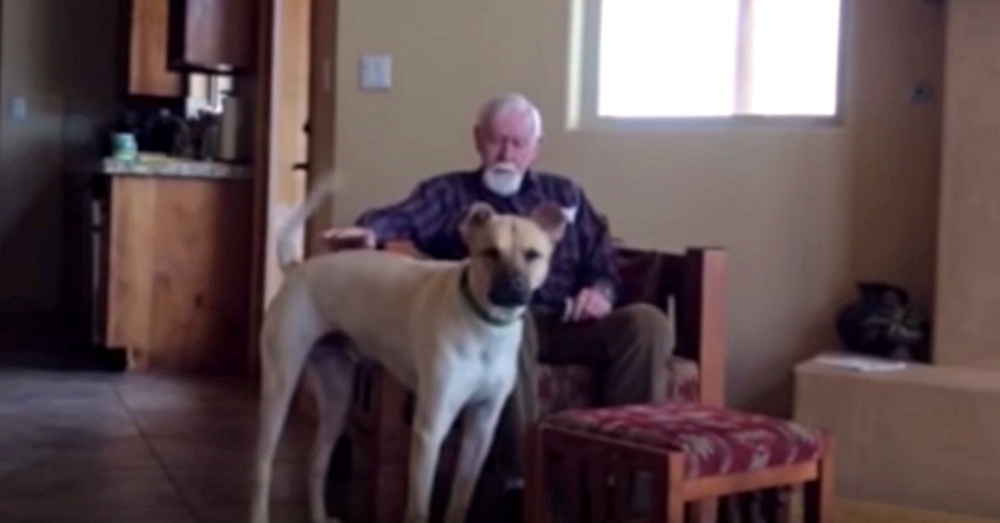 Sasser’s daughter Lisa shared a video of her dad interacting with the family dog, Roscoe, and it’s absolutely heartwarming. Sasser and Roscoe are best pals, and clearly love each other. It’s a sweet thing to watch.

Sasser can’t speak in most circumstances, but when Roscoe is there, something magical happens. It’s as if Sasser taps back into the man who used to be — and still is inside — when Roscoe is near. Sasser momentarily reclaims his ability to speak.

Seeing him talk to Roscoe is such a treasure. In fact, watching the clip without getting teary-eyed might be close to impossible.

Since posting the video, Lisa has gotten a flood of support. She was hesitant to post it at first, but is so glad that she did. Hopefully, other families who have loved ones with Alzheimer’s are inspired by the video.

The video also reminds us just how valuable and special pets can be. They have the ability to make our lives so much better, and often are truly invaluable to people with illnesses.

We hope that Sasser and his family are able to navigate Alzheimer’s and all its trials as gracefully as possible, and that Roscoe continues to be an inspiration to him.