Luckily for her, local police stopped traffic from both directions to give her a bit more breathing room.Two of the cubs stayed behind, whether out of stubbornness or a lack of awareness.Shortly after one of the cubs left behind is seen running across the road after its mom while the other is too busy attempting to climb a pole.

One of the four cubs is seen running across the road after its momThis forced the momma bear back across the road to get her most mischievous fourth cub.Unfortunately, this meant that one of the cubs already crossed followed her back into the road again.

At one point, the mama bear was forced to cross the road once again to get her fourth hard-headed cub that decided to climb a pole 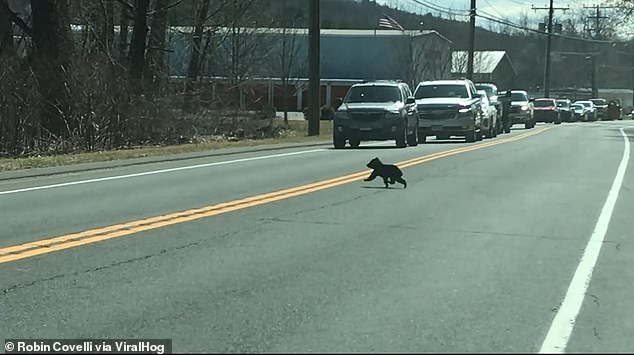 She grabs the stubborn cub and puts him in the middle of the road before attempting to grab the other.
A rowdy bunch of bear cubs made it extremely difficult for their mother as she tried to get them to cross a road over the weekend 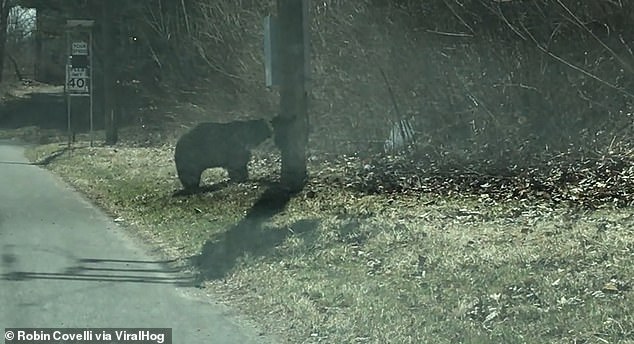 Clearly irritated at this point, the bear even tried to pick both cubs up at the same time before just giving up and carrying one over. 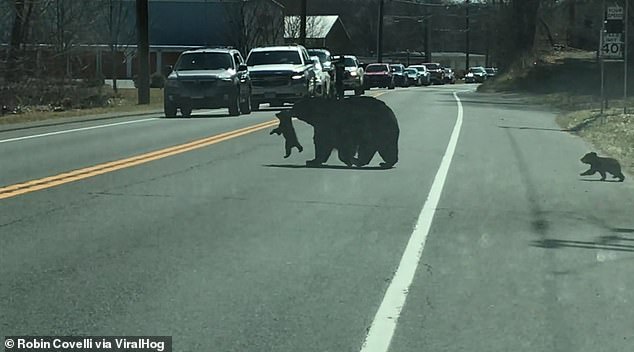 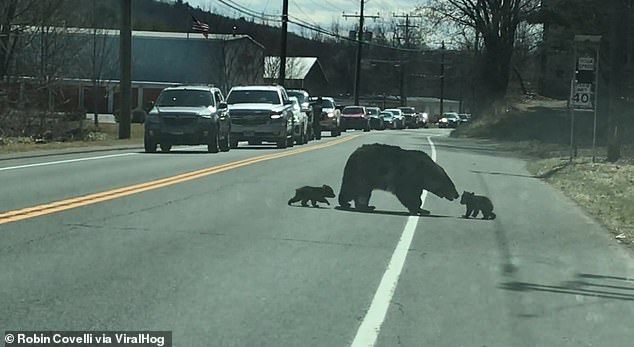 Finally, just when it looked like they were all safely across the road, one of the cubs runs back right in the middle of the road, prompting momma to chase after it.

Thankfully for her, this was the last of the craziness and they were all finally over.