Queen was used, abused and exploited in every way possible, and when she was deemed “useless” she was discarded like a piece of trash and left.

Thankfully, a small group of rescuers got together to help her and brought her to Viktor Larkill of Let’s Adopt, an animal rescue in the Netherlands that treats and rehabilitates abused and injured animals around the world.

Queen is an Ibizan Hound, a very unique breed from the Hound family. She did not deserve the abuse she suffered and was rushed to a vet clinic immediately by Let’s Adopt.

Since she was unable to stand up, vets thought she may have fractured her back, but an x-ray revealed that she had a very high level of Leishmania, which developed into Polyneuropathy. 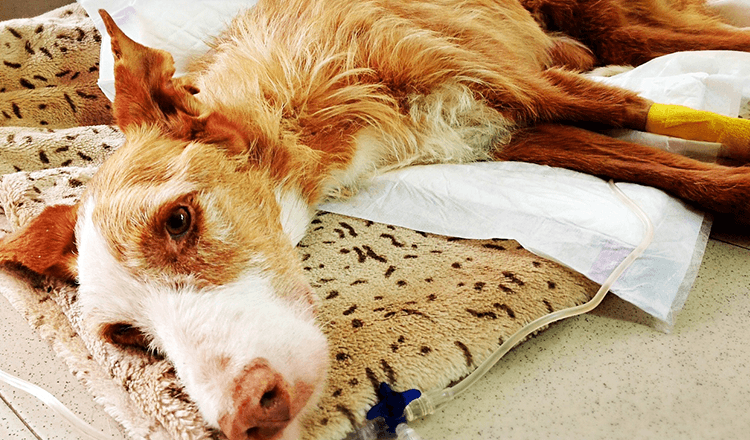 Leishmaniasis is a disease caused by a parasite that’s transmitted by a sandfly bite. If left untreated, it could develop into worse things (which in Queen’s case it did) and become fatal. 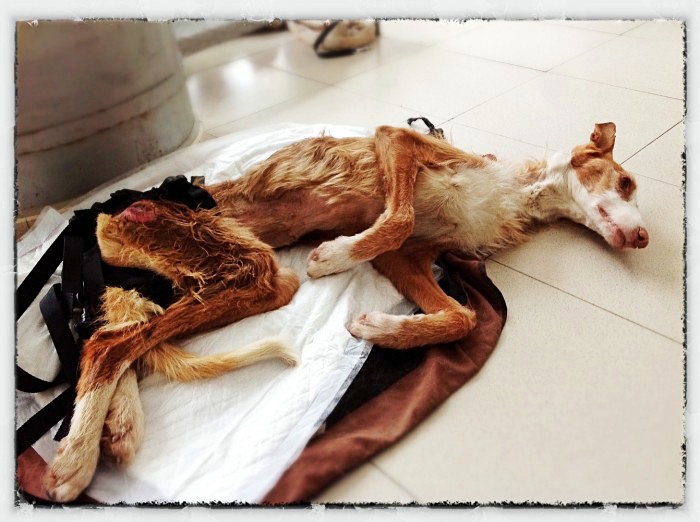 Her Leishmaniasis was left untreated for so long that it caused multiple peripheral nerves to become damaged, which is the polyneuropathy.

The monsters who did this to her worked her so hard until she became sick and then dumped her on the fields to die.

Although her future was bleak, vets and volunteers refused to give up on her. Queen was still eating on her own and seemed in good spirits for what she was going through. 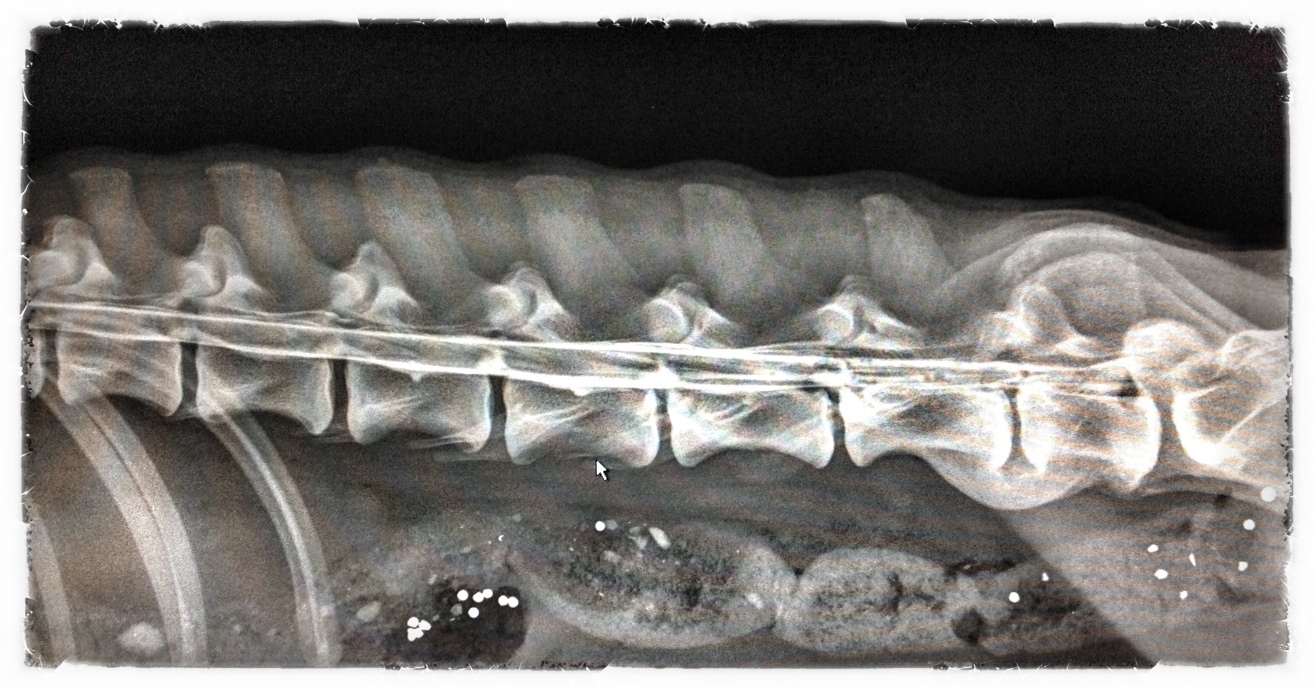 Let’s Adopt continued her treatment, but unfortunately her body wasn’t reacting to it.

“Her owner allowed her to decay to the point of no return,” Larkill wrote on his blog. “I can’t possibly understand how someone can watch a dog crumble to this point without doing anything about it, but that’s what they did.” 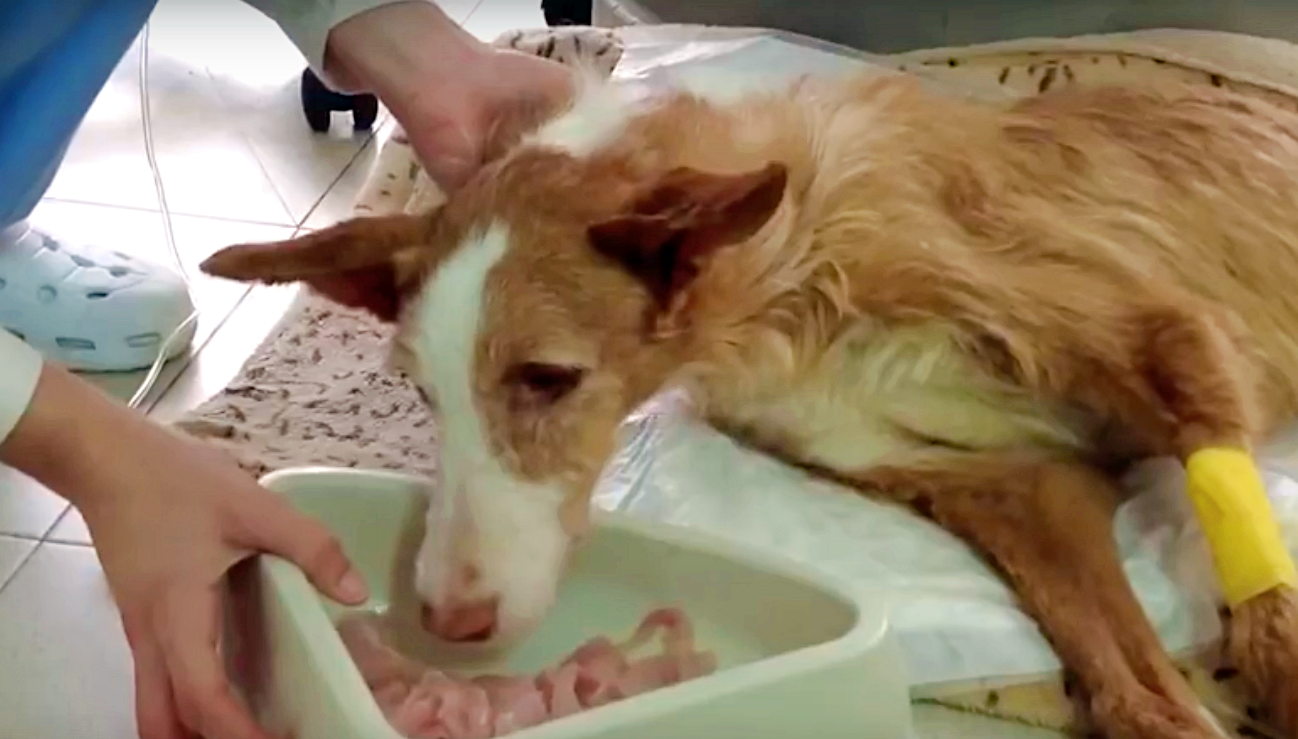 Sadly, Queen wound up passing away, but her final days were filled with love and care. She was surrounded by people who loved her, and got to leave this world knowing that there are kind humans who would never neglect her like the monsters before this have. 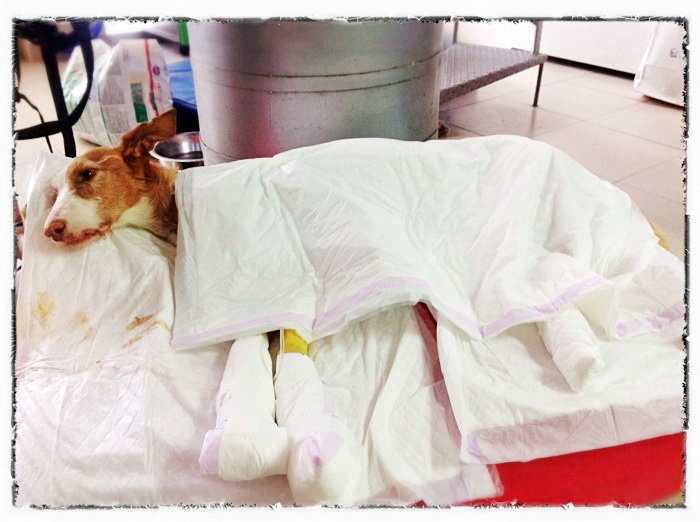