Saving lives is all in a day’s work for one Ohio trooper, who found a stray dog while out on patrol, brought her to a local shelter, and then–when no one stepped up to claim her–went back to give her a forever home.

According to WLWT5, an Ohio State Highway Patrol Officer was working a stationary patrol when he found a lonely pit-bull mix.

Trooper Gable wasn’t sure if the dog was a stray, or just missing or lost. Just in case, the officer brought the dog to a local shelter, where her owners could come and claim her.

But Trooper Gable didn’t just drop the dog off at the shelter and forget about her completely. 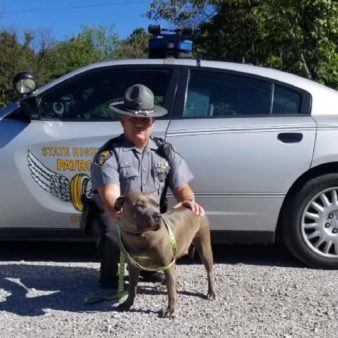 The kind officer continued to monitor the shelter dog’s adoption status. When nobody adopted the pit bull mix, the Ohio trooper returned to the shelter to adopt her himself.

Now this stray dog, whom Trooper Gable has named Zoey, finally has her own home and family– and she couldn’t be happier. The Ohio officer is equally thrilled to welcome Zoey into his family. Just look how happy these two are together. 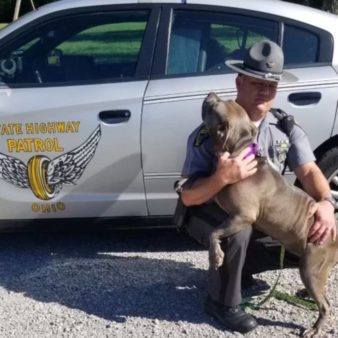 Trooper Gable’s community in Batavia, Ohio, also applauded the officer’s good deed, which was broadcast on the department’s Facebook and Twitter pages.