Despite being 8 months old, Lakomi looked like an 8-week-old puppy due to extreme starvation and malnourishment-induced stunted growth.

It is speculated that Lakomi’s owner didn’t know Lakomi was a wolf-dog, and abandoned her because she didn’t look like a “cute dog” anymore

Lakomi is an upper-mid content wolf-dog who was found wearing a puppy harness in a Rhode Island neighborhood. She had been neglected for months and the harness had painfully embedded into her skin.

Lakomi was a dying girl with major trust issues when she was brought to a wolf sanctuary in New Hampshire. When sanctuary worker Sarah saw the abused and traumatized cub, she instantly knew the wee baby needed a different treatment to survive. 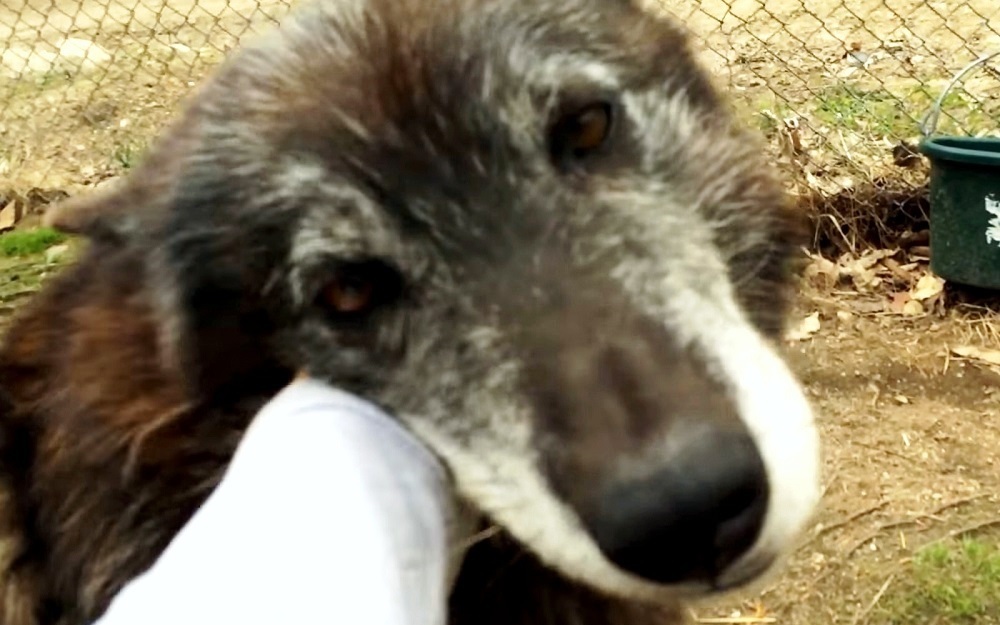 She began nurturing Lakomi and supporting her emotionally, and this pushed the little trooper to fight and survive!

While Lakomi made an amazing recovery, she essentially remained an innocent dog inside a big wolfish body. Soon, people started mocking Sarah and calling her a “mad woman” for socializing with a “dangerous wild beast”. 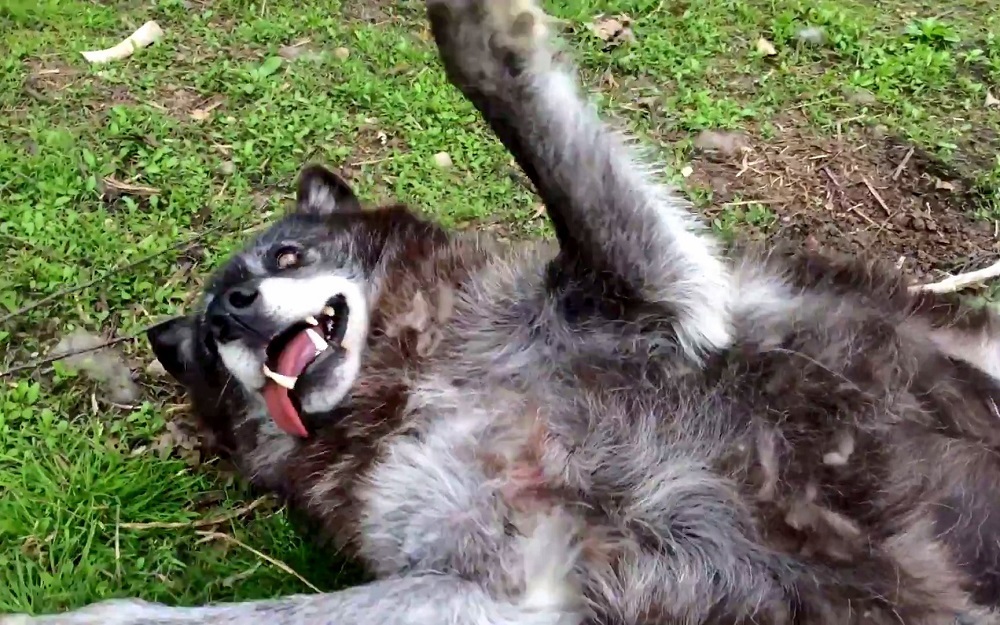 But being a victim of rape and related PTSD in her teens, Sarah knew she and Lakomi had a lot in common. They were both survivors of abuse who had found solace in each other’s company!

This sweet girl might look like an intimidating wolf, but she goes weak the moment Sarah offers her some belly rubs.

Wolf-dogs are always somewhere between wild and domesticated. While they have trouble surviving in the wild, they cannot be treated like dogs right away. We are so glad that Lakomi and others of her kind get a second chance in life through tireless animal crusaders like Sarah!