Thousands of wild species are being forced to deal with the loss of their homes due to the catastrophic consequences of deforestation all over the world. Sadly, terrible pictures of defenseless, unhappy animals are becoming increasingly common. As a result, more animal species are threatened with extinction now than ever before!

Such a distressing scene was captured in in Queensland, Australia showing a confused koala, after its homes was cut down. “What happened to my home?”…the helpless animal might say, after its habitat was cleared off the face of Earth. The poor creature – eventually named Ash – was found by a volunteer at the Wildcare Australia Inc animal rescue group.

It turned out it got itself injured, so he was transferred to a veterinary hospital. 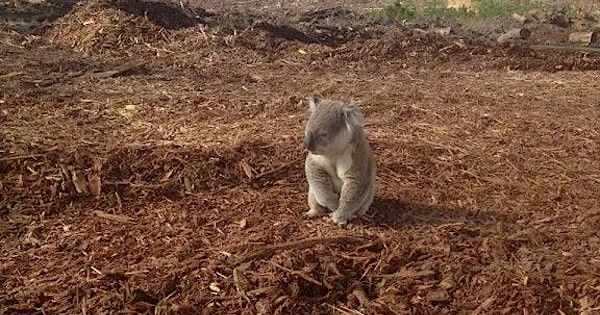 Although the land clearing was perfectly legal, being approved by the Gold Coast City Council, the effects on the ecosystems are absolutely devastating. Almost 680,000 acres of forests were cleared in Queensland in one year, the Dodo reported. 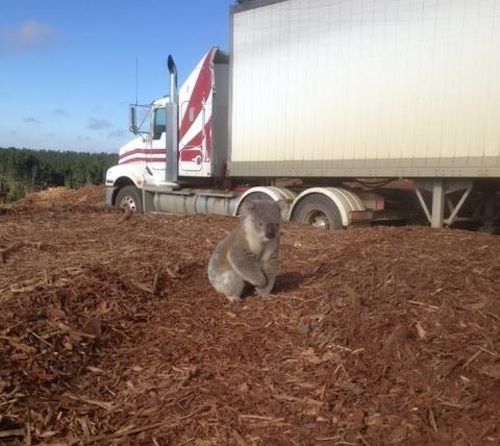 “This is a sight that saddens us deeply as not only has Ash lost her home but thousands of other animals including birds, reptiles, kangaroos, wallabies, bandicoots, bats and echidnas also called the area ‘home,’” said Wildcare Australia Inc. “Many of those creatures would have undoubtedly died as a result of this massive cleaning operation.” 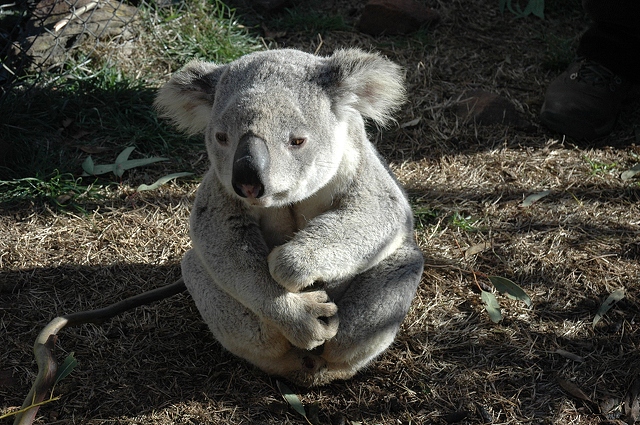 Yet, despite losing its habitat, for Ash it turned out to be a happy ending story, since it managed to escape alive. “Ash is being cared for overnight by one of our koala carers and will then be admitted to the Currumbin Wildlife Sanctuary’s wildlife hospital for a full health assessment,” the volunteer who found Ash told the Dodo. 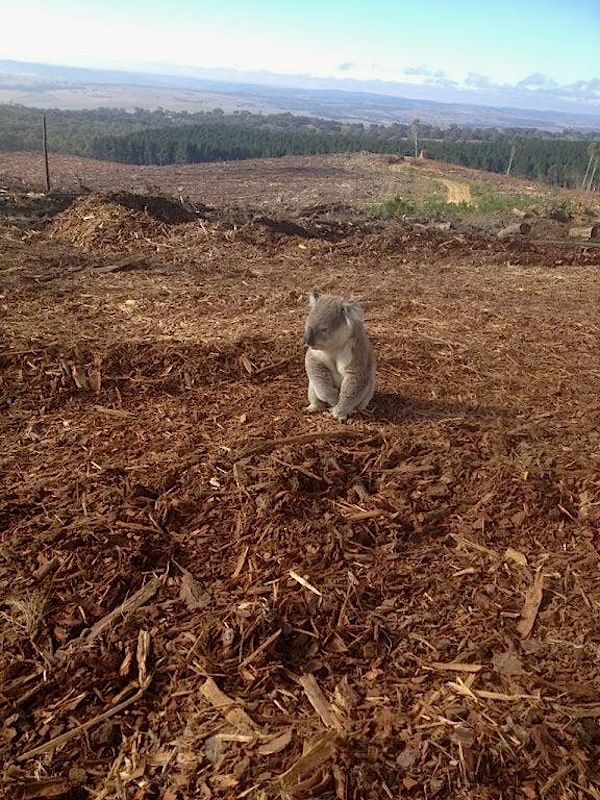 “She is currently enjoying a large bucket of fresh eucalyptus leaf which she is quickly devouring.”

Koalas were recently declared functionally extinct. According to the Australian Koala Foundation, there are less than 80,000 wild koalas surviving. The koalas’ major food supply is becoming scarce as a result of deforestation and climate change.