Meet Merrill and Taco. They are two dogs who met and became best friends. They helped get each other through a stressful situation and to get to a much better place after it was all over with.

Now, don’t judge this friendship by their looks. Taco is a chihuahua, while Merrill is a pit bull. Size doesn’t matter when it comes to friendship. They are both loving dogs who needed a bit of support.

Merrill and Taco met when they arrived at the Rocket Dog Rescue Center just a few days apart. Both of them were scared and not sure of what was going on. They snuggled together to get through the first few days. Slowly, they both started eating and playing a bit. They become completely inseparable. 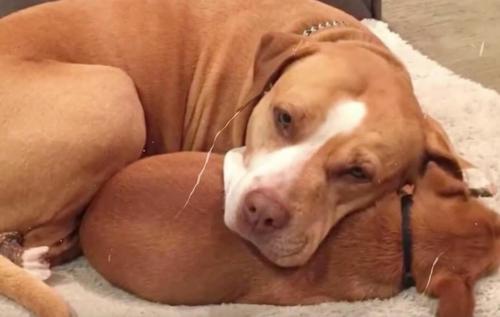 Merrill started having trouble. He was moving slower and stopped eating.

Taco was clearly distressed. He kept alerting the shelter volunteers. He knew something wasn’t right with his best pal.

The volunteers got Merrill in to see the vet. They brought Taco along to give Merrill some support. The vet found that Merrill was in bad shape and needed immediate surgery. 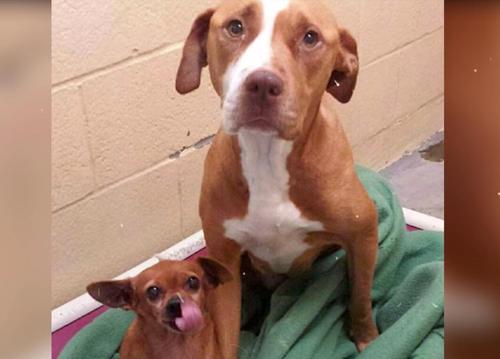 They tried separating the dogs as they prepared Merrill for surgery. They were not having any of that. They both started crying. The only thing that would calm them down was bringing them back together. 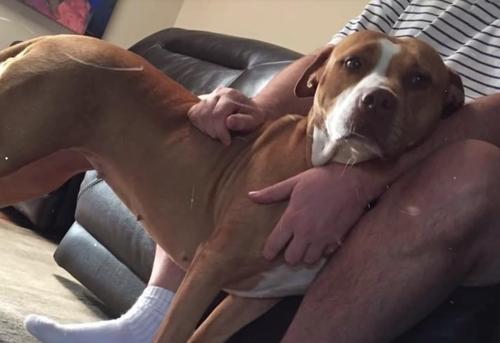 Taco was there throughout Merrill’s operation. The good news is that surgery went well and Merrill will be alright. He stayed in the hospital a couple of days for recovery. Taco was by his side every moment. 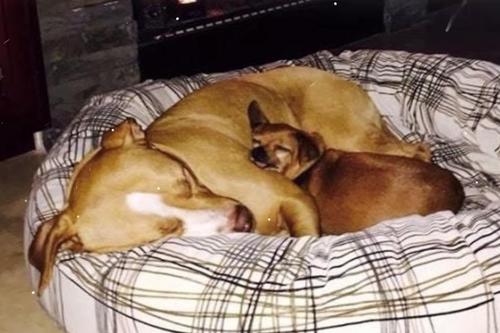 Merrill was back to being his old self again. Eating and playing like usual, with Taco at is side. Then, a day arrived that would again test their friendship. Someone had come into the shelter looking to adopt. He fell in love with Merrill. 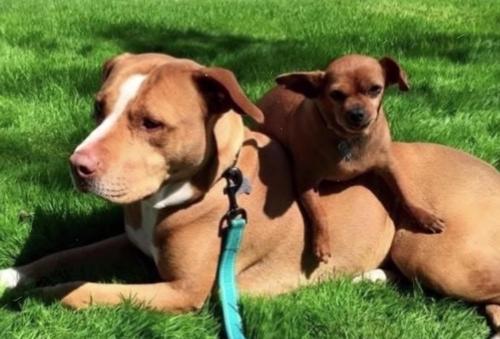 When the volunteers came to get Merrill, however, there was a problem. He wasn’t going anywhere without Taco. He was hugging his little buddy and not letting go.

The guy who wanted to adopt Merrill was watching the entire time. He told the volunteers to stop trying to get Merrill out by himself. He was going to take both of them home.