Police have very interesting jobs. They never have the same day twice. I once did a ride-along with a police officer back when I was in high school for a school project. The officer told me that most of the calls they receive are nothing action-packed or newsworthy. It’s more minor incidents or, more often than not, misunderstandings.

Some of these misunderstandings end up being quite hilarious. And for one group of police officers in Lakeville, Minnesota, hilarious is the perfect word to describe the misunderstanding that occurred on one of their calls.

The police officers had been in route to a house call because the 911 dispatcher had received half a dozen phone calls – all within 30 minutes.

Naturally they were concerned. Further adding to their concern was the fact that the 911 dispatcher could not hear anything on the line except for dogs barking in the background. It is very understandable as to why they would be concerned and wanting to get to the house as soon as possible in order to check out what might have happened. 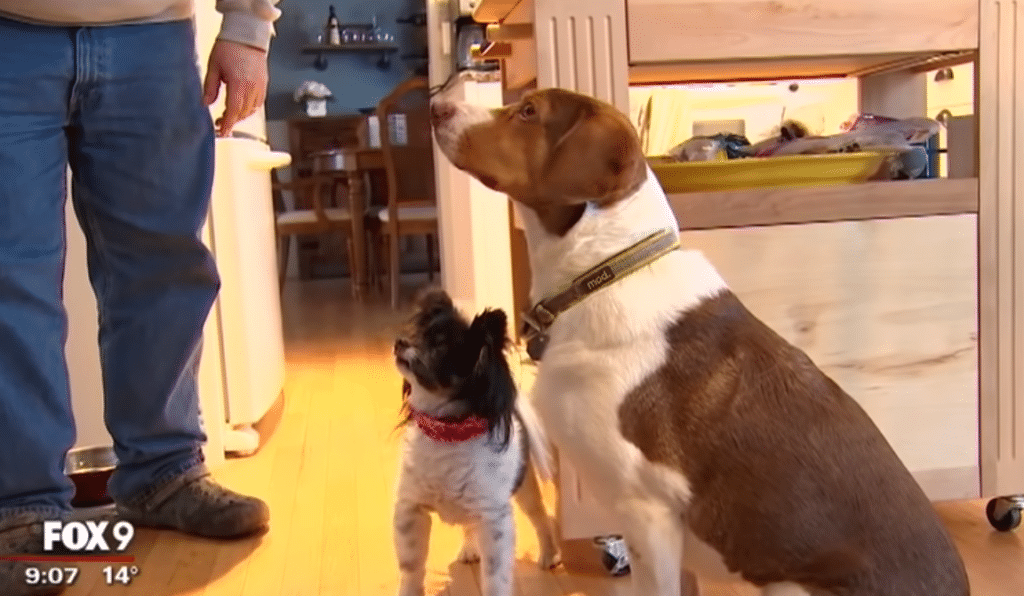 When the officers arrived on the scene and responded to the call, they were in for quite the shock. First off, the officers noticed that the house was empty when they arrived. Nobody was home. Their concern turned to confusion. If no one was home, then who called them? Officer Michelle Roberts was the officer who reached out to the homeowners. They gave the police permission to go inside the home through the garage. Once inside, the officers quickly pieced together the mystery of the 911 calls.

It turned out to be the dogs! The two dogs that were left at home for the day had accidently gotten into a bit of trouble when they repeatedly stepped on their owner’s cell phone that had been left upstairs. The phone calls went to 911 each time, because the screen had been changed to “emergency only” mode when the dogs were stepping on it. The officers had quite the relieved laugh about it, probably grateful that it was just a mix up rather than an actual emergency.