Two puppies found themselves in a life-or-death situation after stumbling into thick coal tar. Thankfully, rescuers with Animal Rahat were able to save the puppies and give them a second chance at life.

Animal Rahat explained on YouTube that for the two curious pups, “an innocent romp turned into a nightmare when they stumbled into puddles of sticky coal tar spilling from overturned barrels.”

The tar completely covered their bodies, and everything they touched stuck to them. They were both so tiny, and the trash and natural matter clinging to the tar was weighing them down.

It’s unlikely that either puppy would’ve survived if a kind person nearby hadn’t called for help.

Thanks to their call, rescuers arrived and got to work catching the pups. It wasn’t too hard, since the tar made it difficult for the dogs to move.

Because the tar was drying and pulling the puppies’ fur, they decided the best choice was to sedate the dogs to get the worst of the tar out. 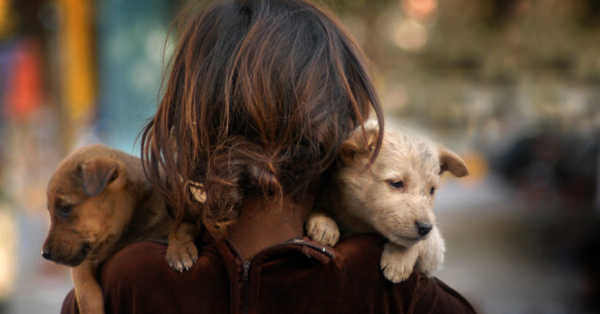 They cut away the worst of the trash and debris stuck to the dogs’ fur and brought them back to the office to continue working on them.

It took four days of massaging oil into their fur to work the tar out, but the little puppies were finally back to their playful selves and mostly free of tar!