A baby blue pit bull was found in a Detroit park after someone tried to do neuter him on their own. When the neuter job went wrong, they left the poor pup for dead.

Thankfully, he was found and rescued by Detroit Dog Rescue, and treated as fast as possible. The puppy was in excruciating pain and had a hole in his abdomen with his reproductive organs falling out.

To make matters worse, vets believe the pup may have been abused and thrown from a car before he was found.

But five weeks later, the puppy, now named Chandler, was doing great after staff at Oakland Veterinary treated him for his injuries. Since then, he’s been taken to their referral services and has even found a forever home! 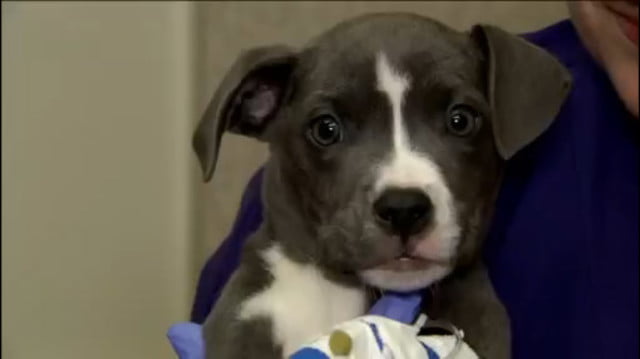 Chandler, who is now three months old, is being adopted by a couple in Hazel Park. Both of them volunteer with Detroit Dog Rescue and were a great fit for the pup. Chandler will even have a new big doggy sister to play with! 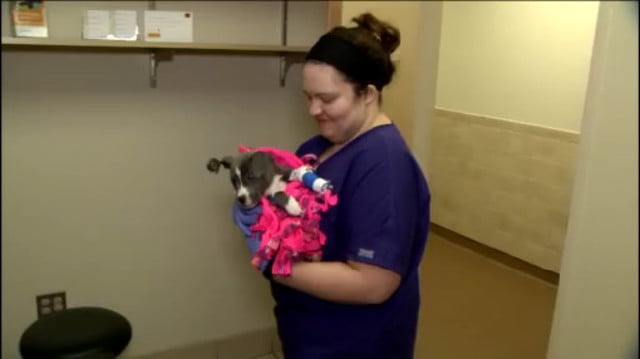 Chandler is recovering well and is expected to live a long, healthy life. 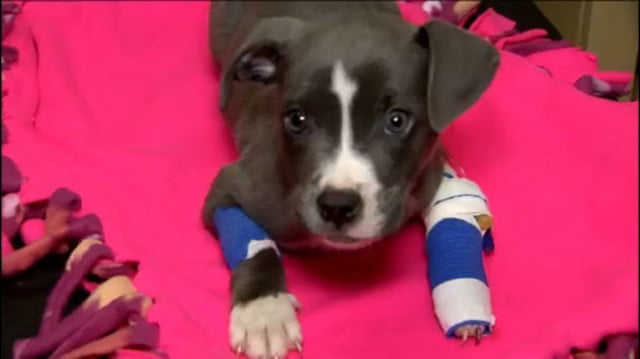 He is just like any other puppy and is very energetic and loves to go for walks. He’s extremely active which is great because his new parents are a very active couple who loves the outdoors.