When found all by himself on the side of the road, this tiny raccoon’s future did not looked too bright. He was just a few weeks old and already an orphaned, forced to deal by himself in such a tough world. Even after he was rescued, the odds didn’t looked into his favor as they couldn’t find any place for him in the nearby wildlife rehabs.

Then, Nikki Robinson – a wildlife rescue volunteer – stepped in! “When you ask what you should do with [an orphaned raccoon], they say, ‘Leave it alone and let nature take its course,’” Robinson shared with The DODO. “That broke my heart. I couldn’t let that happen!” 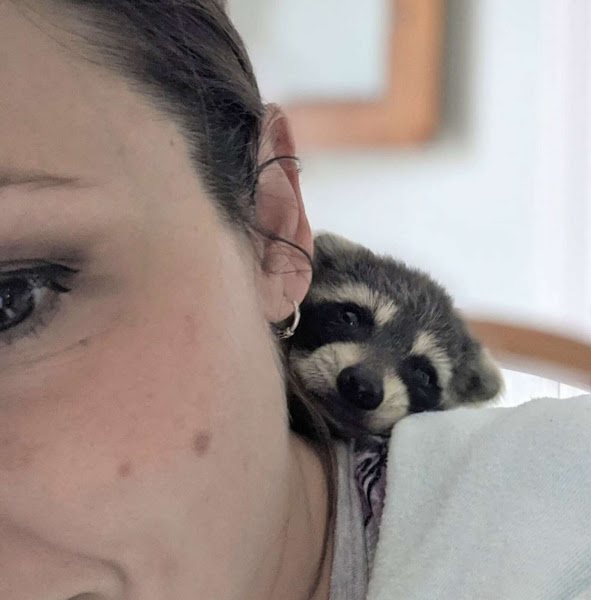 A big hearted woman, Nikki decided to make everything in her power to save that little soul. But since she was working all day long, she reached her mum who was retired and looking for some company, especially the company of a baby raccoon. 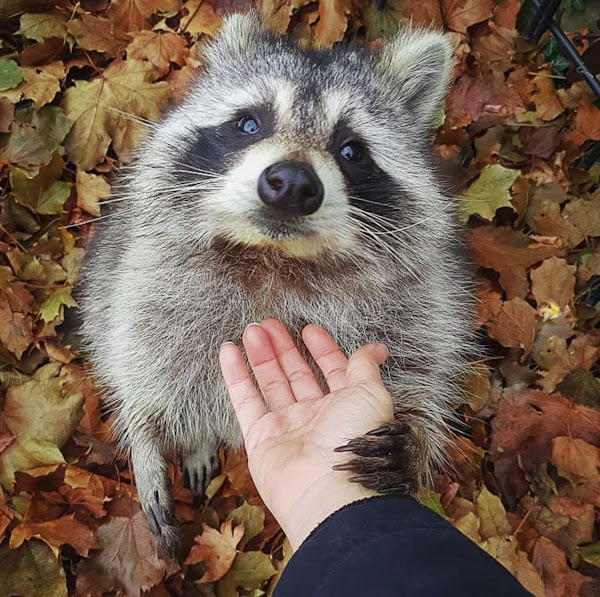 They named him Little Hands and since then Nikki’s mom and the orphaned animal became inseparable. “The first time she bottle-fed him and he looked up at her, she just kind of melted,” Robinson said. “She treated him very sweetly early on because they like to be touched a lot. So she created a bond with him.” Thanks to Nikki’s mother, Little Hands made an incredible recovery and within a few months he was strong enough to get back in the wild. ut even after they released him, 3-4 months after, the woman that used to bottle-feed him still left him some food in the back yard. That until, the raccoon seemed he wondered away from the property. However, from time to time, Little Hands keeps visiting the woman that saved his life, even though it’s been roughly three years since they first met. “Every day, she sits outside and waits, and even when they’re grown up, they’ll visit her and she just lights up and she just loves it,” Nikki said. “He wanted his snuggles, then he’d have his food and wander off.”