Ralph Waldo Emerson said, “The only way to have a friend is to be one.” Apparently, these two adorable animals understand what that means because although they are wildly different, they love each other anyway. The unlikely friends, a puppy and a tiger cub, make an odd pair, being that they are opposites in every way, yet they are as close as siblings.

Not to mention, they could not be any cuter. The Bengal tiger cub, Hunter, and the German shorthair pointer puppy, Chelsea, met at a Wildlife Sanctuary in Pretoria South Africa. Their friendship began after Hunter, who was born at Farm Inn Wildlife, was taken from his mother for his own safety as she was aggressive toward him.

According to his caretaker, Anthea Michaletos, his mother must have felt compromised in some way and rejected him. The cub was then sold by local breeders and joint owners of the Matotoland Kennel, Francois vd Walt, and Jacob Cilliers to the sanctuary.

It was there that he met Chelsea. The two are approximately three weeks apart in age, about 3 months old, respectively. According to Athena, even though their friendship is unusual, it is good that they have each other. 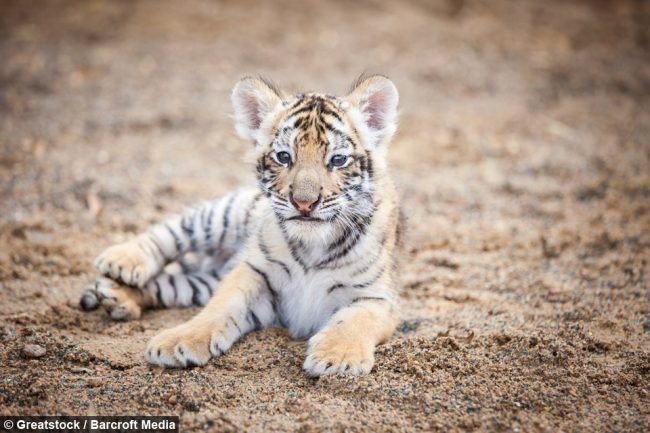 The little cuties never have to be alone and have a constant playmate. Especially for Hunter, who as an only cub, needed to learn life skills. Sadly, the sanctuary plans to separate the young friends when they reach six months old, for the safety of Chelsea. 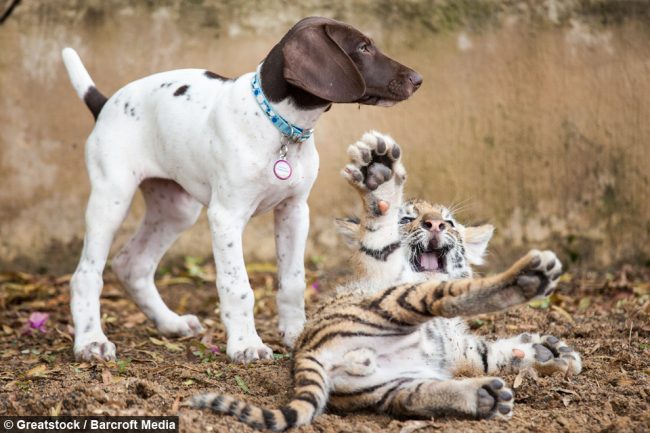 They must do this because Hunter does not know his own strength and does not retract his claws when he plays with her. But for now, they love to spend all their time together and seem sad when they are separated.

They roll in the grass, wrestle, stalk each other, and frolic in the sun just as all best tiger and doggy friends should. The two are simply the most adorable playmates ever.