Animals have shown us many times that the love they show is not only for members of their own species, but that their heart is so immense that they can overcome any difference and welcome anyone who needs to be cared for. This time a rescued dog called Georgia showed us that no matter what breed or species they are, a mother’s warmth and love will always be available to anyone who needs it, like these little orphaned kittens.

The dog was found living in a gas station near the U.S.-Mexico border. She was late in her pregnancy and suffering from hunger on the street. It was then that a local shelter named Sunshine Dog Rescue found out about her case and took her to their facility.

However, despite all the care she was given, none of the puppies in her litter survived as a result of a premature birth. That left the new mother devastated. Anita Osa, founder of the shelter, said that Georgia was heartbroken and sad after the loss of all her babies. 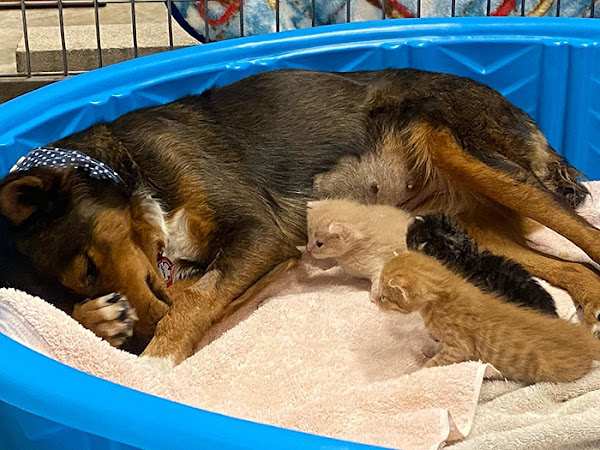 “I’ve never had a mother lose a whole litter before. The best way I could describe it was that she was frantic. She was so sad, she was looking for those babies. She broke the toddler mattress we had her on, trying to find her babies.” 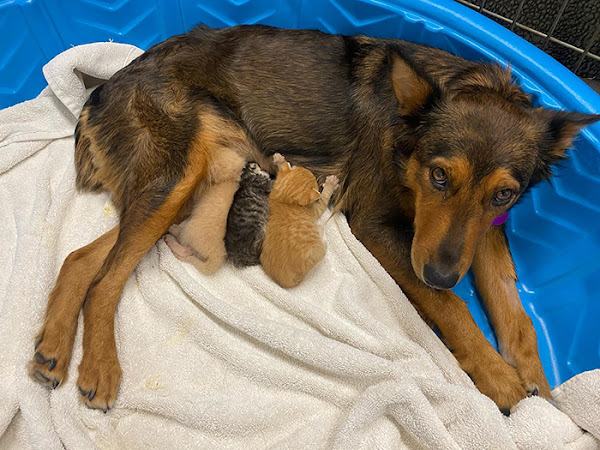 Little Georgia’s sadness broke Anita’s heart. In order to bring her back to life, she decided to make a call for help on social networks, looking for any animal that needed a nursing mother. And that’s how the trio of adorable orphaned kittens arrived.

Having lost their mother after giving birth, all three kittens were in urgent need of a mother to help them thrive, and Georgia was sure to be able to not only feed them, but give them the love they needed.  Although it was difficult for Anita to know how Georgia would react to the arrival of the kittens, she was surprised by the quick and intense bond she immediately formed with the kittens: 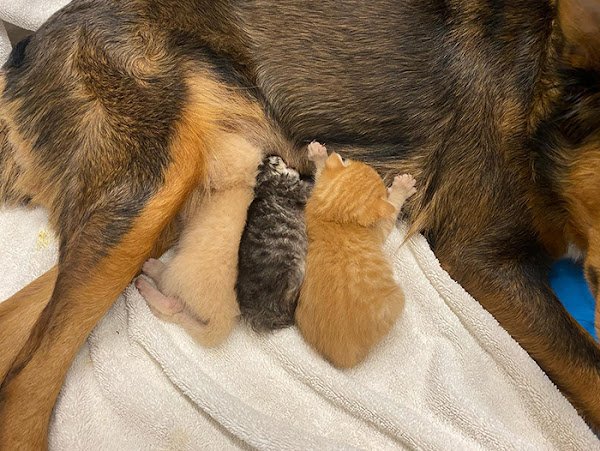 “I introduced them gently. First I took one and let her smell it, and she seemed to accept it, so I brought the others. It’s amazing to see how she calmed down instantly. I think the kittens have no idea that Georgia is a dog.” 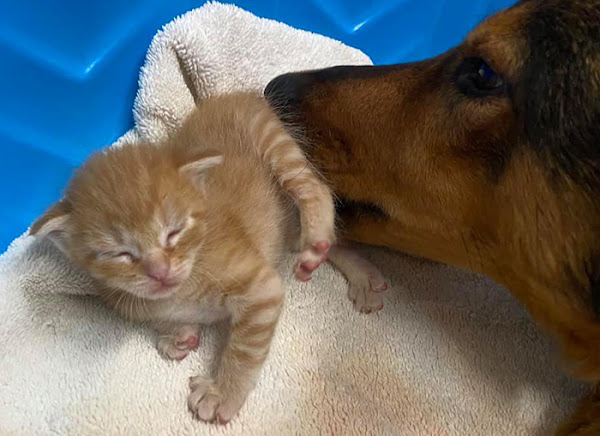 “For Georgia these tiny kittens are her children as she breastfeeds them, she cleans them and everything, but the bond is strong. It’s really something to see, she protects these kittens as if they were her babies,” says Anita excitedly. Despite the painful loss of her puppies, Georgia had a new opportunity to be happy.