Meet Frankie, which is short for Frankenkitten. He has born with four ears and had to have one of his eyes removed. After going through his daunting fate, this little fellow has adapted to living in the big world with his foster family that is there to help him every step of the way. 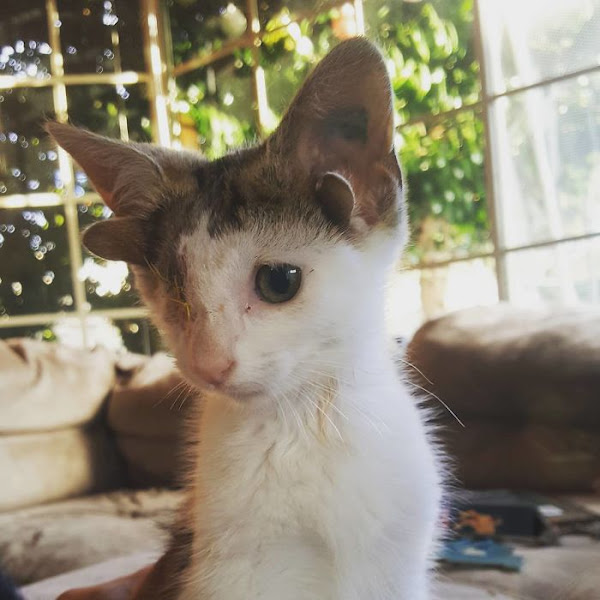 The homeowners took Frankie and his brother in for several weeks to socialize them and fatten them up before bringing them to the shelter for medical care and rehoming.” “He also has a very large overbite which gives his face a very angular appearance. 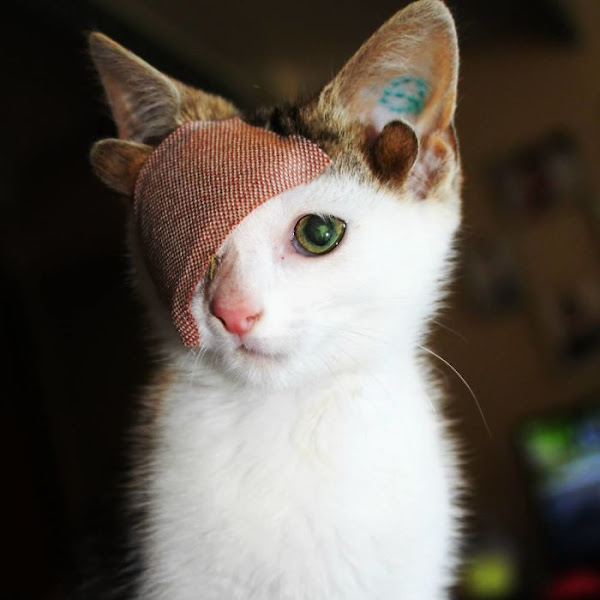 He did come into the animal shelter with 2 eyes, but one eye had ruptured and needed removing. Frankie also has joint problems in his hind legs – his knees don’t sit properly in place, so he walks splay-legged and his knees often slide in and out of place.” 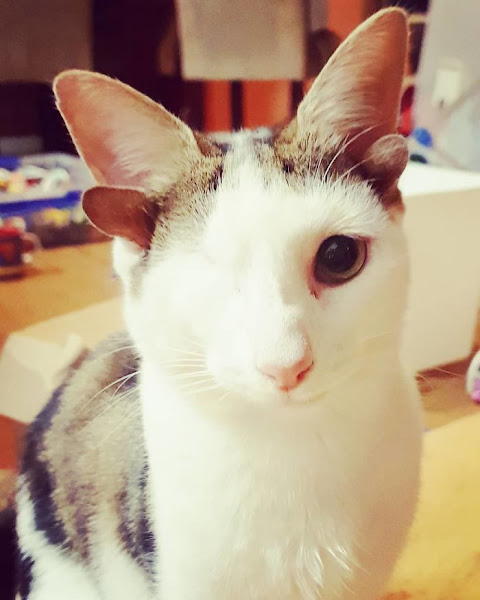 “Because of the overbite, his lower canines were piercing through the roof of his mouth. He also needs his knees operated on to stabilize the joints but I am saving the money for that, it’s quite expensive,” Georgi said. “He has also had dental work done to cut his lower canines to just a few mm above the gum line.” “He did come into the animal shelter with 2 eyes, but one eye had ruptured and needed removing” “The eye removal allowed him to survive as the infection would have become septic and killed him.” 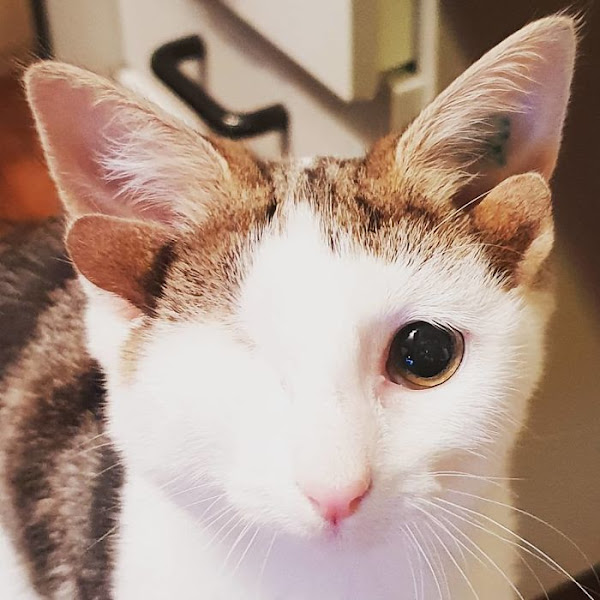 “I worked at the animal shelter at the time that Frankie came in. I was also a foster carer so I was asked to foster him for a week as he recovered from the eye removal” “It wasn’t so much his unique look that sold him to me — it was his sweet demeanor, the way he explored his surroundings, and seek comfort from me” “I went and saw him prior to his procedure and right away was struck by how sweet-natured he was. After a few hours of having him home in recovery, 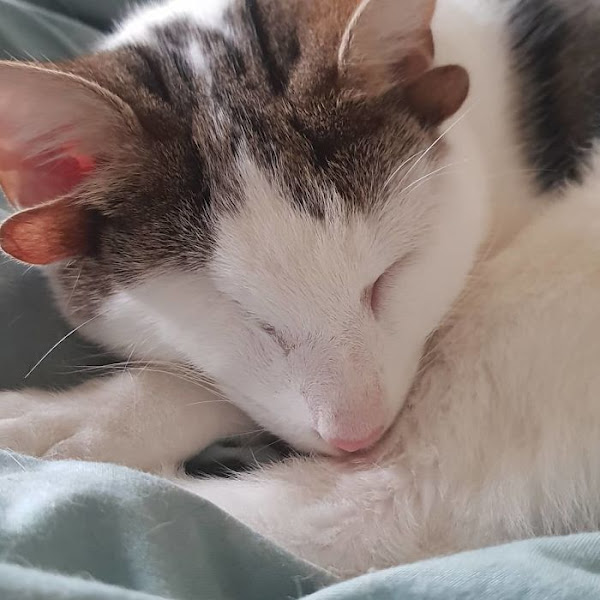 I knew he was special in a way I couldn’t quite describe.” “The physical aspect of his condition has some impact on his everyday life. The little front ears mildly affect his directional hearing, as they almost act like little earmuffs to his proper ears. 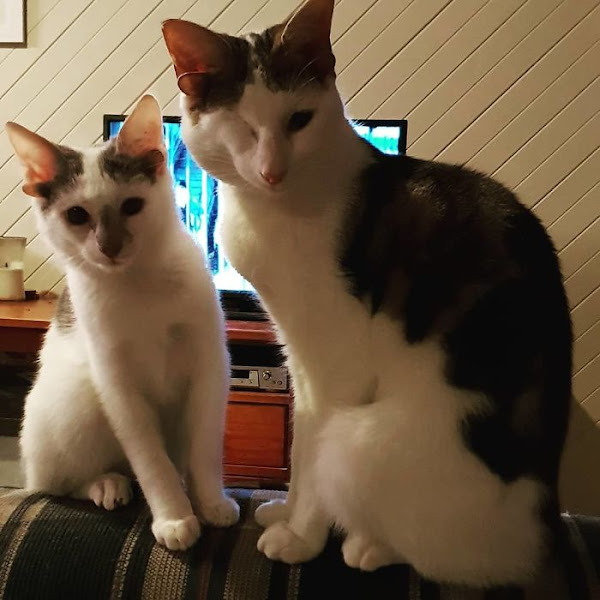 He has adjusted well to only having one eye, but I can tell his night vision is not as good as my other cats’. His legs cause him to walk splay-legged but don’t cause pain or affect the way he plays or jumps. His mouth probably is the biggest physical factor — he struggles to eat wet food because he can’t get a good grasp on it. 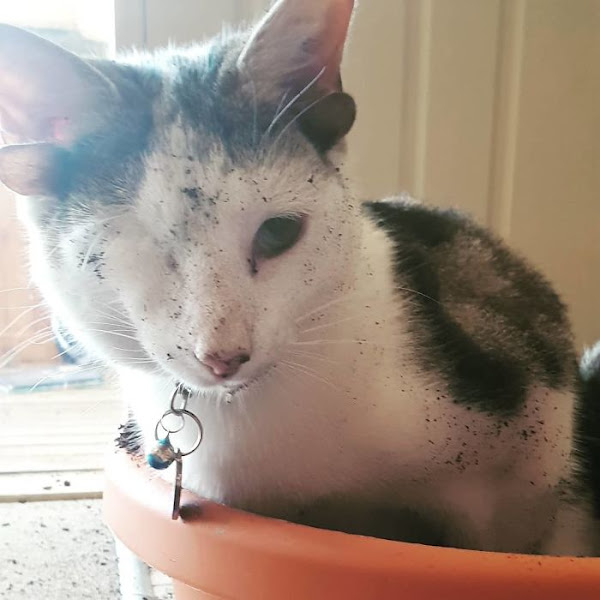 He is on a dry food-only diet and has learned to pick kibble with his tongue and bring it into his mouth that way, rather than using his teeth.” “A normal day for Frankie is picking different places to curl up and sleep, ambushing me every morning while I make breakfast — he likes to try and climb up my leg and then darts off like a lunatic” “Playing with his brother Lucius Malfoy. Annoying his older siblings Minako and Toothless” “He sleeps a bit more… a lot more. Then annoys the dogs. He is a very cheeky character”