A group of Good Samaritans from Norma, Italy, noticed a squirming grocery bag carefully concealed in the bushes beside a garbage dump.The plastic bag was tightly sealed, and it was clear that something sinister was at play here.One of the Good Samaritans walked toward the bushes and scooped up the bag lying in a pile of filth.

He handed over the bag to Susanna Bergamaschi, an animal rescue volunteer, who was luckily present at the scene.

As the group untied the bag, they were appalled to find 3 newborn puppies wrapped around each other as they suffocated in silence. The poor babies hadn’t even opened their eyes yet, and they desperately gasped for air when they were finally freed from the cramped bag.

The rescuers comforted the puppies by cradling them in their arms. Susanna later took the puppies to the shelter.

The puppies received life-saving medical care, but their survival without their birth mother was still a challenge. Thankfully, Susanna found a mama dog who was still lactating.

The mama dog gracefully accepted the puppies as her own and started nursing them generously. 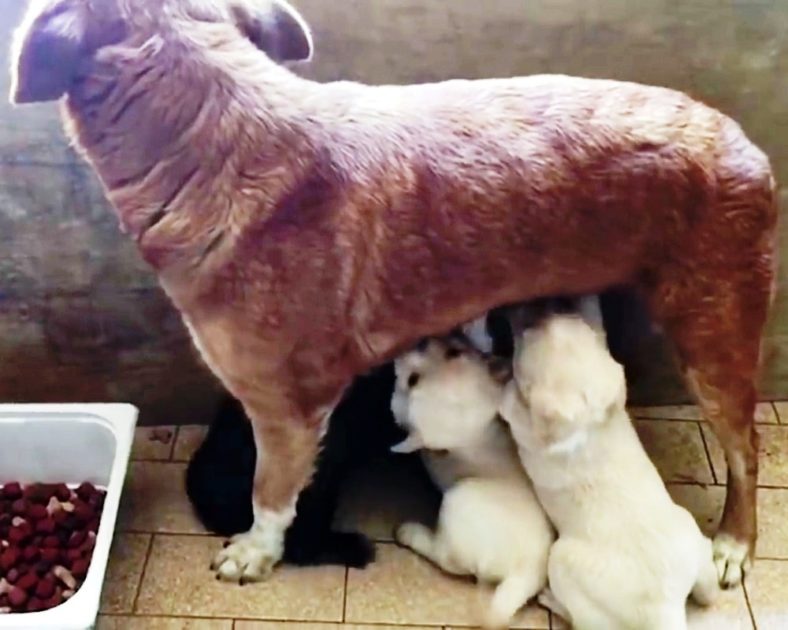 The puppies will remain under Susanna’s care until they are ready for adoption. There was no trace of the owner who dumped the “unwanted” puppies so mercilessly. We thank the vigilant locals who made sure that the puppies got another chance at life!