A resident of Errington, British Columbia, could not believe his eyes when came across a white raven. The man was on a field outside the city when spotted the strange looking bird. He immediately noticed the juvenile raven was injured. The hopeless bird was unable to fly and its feet were full of wounds.

The kind-hearted man immediately rushed it to North Island Wildlife Recovery Centre. Even the staff at the rescue center was surprised that such a rare bird was brought to them. Anyway, they main concern was the bird’s critical condition. They feared for its life as its injuries looked worse than they thought. 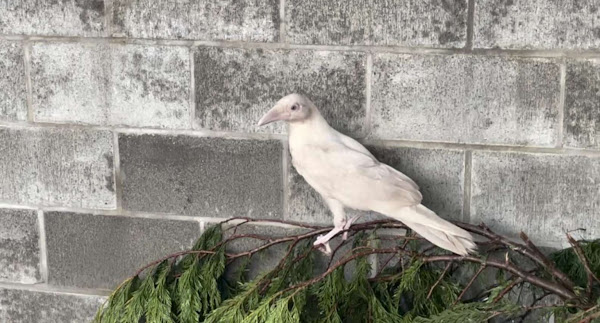 “These ravens have been dubbed ‘the sacred white ravens of Oceanside,’” said Derek Downes from Wildlife Recovery Centre. “Unfortunately, there’s only been one that’s made it through its first winter.”

Since the while raven’s condition was critical as it wasn’t even able to eat, it was immediately taken to the intensive care unit. Here they gave it antibiotics to heal its wounds and vitamins to help it regain its strength. 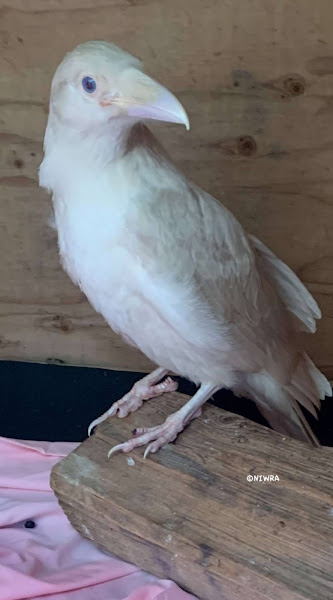 Fortunately, the rare bird responded very well to the medication and right now he’s on his was to recovery. Though it will take a while until he will be able to make it back in the wild, the staff at the recovery center are very confident he’ll make it through.

“His body condition now is fantastic, and he flies a little bit in his enclosure,” Downes said. “Really, really hoping we’re going to have some success with this one.” The raven’s uncommon feathers coloring is due to a genetic condition called leucism. Unfortunately, this very rare occurrence doesn’t affect only his feather pigmentation, but it can also affect his eyesight or even worse, his immune system. “It’s actually a leucistic raven,” Downes explained. It does have a little bit of melanin.