Workers, volunteers, and bystanders in the lobby of the East Valley Shelter in Los Angeles watched in horror while they struggled and failed to hold back tears, writes post.bark

A man had come in with his old dog, and intended to the leave the building without him on Christmas Eve. [bp_related_article] He was afraid the pup would die on Christmas Day, as Tobi has a mass on his hind end.

Shelter staff asked the man to please hold onto Tobi for a couple more days and take him to the vet; they were at full capacity all ready. If the vet deemed it appropriate to put Tobi to sleep, he could at least leave the world with his family for comfort. His owner was even offered financial assistance—still, he refused.

After nearly twelve years, Tobi received only a pat on the head before the only person he ever loved signed the necessary papers and walked away. One volunteer said as she watched:

To watch this senior dog being led into the East Valley shelter, tail wagging, and to know he was getting dumped, shook me and an employee to the core. 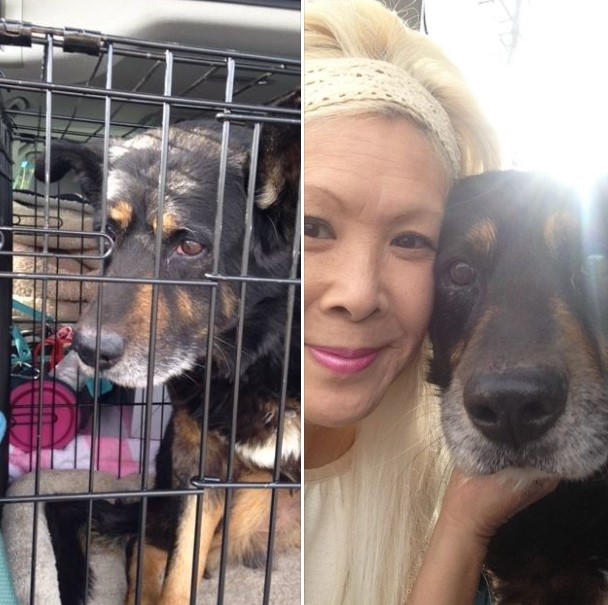 Two days later, Leave No Paws Behind (LNPB), a rescue specializing in senior pets, took Tobi on his freedom ride out of the shelter. 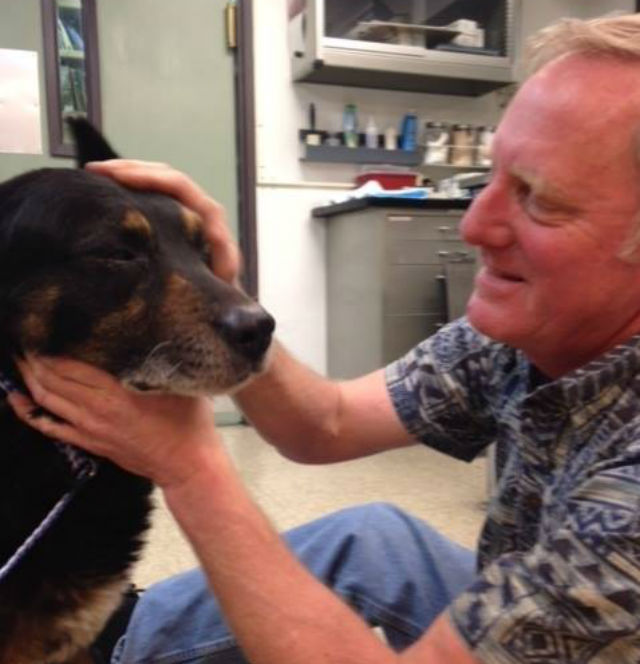 Tobi has arrived safely at the vets! Doc says he is such a sweetheart and so laid back! He also told me that tumor on his buttocks is a sebaceous cyst and very easily removed! We will know more after his blood work tomorrow HOWEVER Doc tells us this old boy has some good time left in him! Happy New Year Tobi!!!!

Tobi was very well-behaved during his blood draw, and is now called the “sweetest old man EVER!” His cyst removal will be scheduled as soon as the results come back, and he’ll be neutered as well.