Time and time again, we learn about stories of dogs being abandoned or set free in the streets or woods to fend for themselves.

Police in Cairo, New York is hoping someone will recognize an abandoned dog found sleeping in a shed in someone’s back yard.

No one knows how the very thin and very sad dog wound up in Cairo, but he is believed to be a Labrador Retriever/Staffordshire Terrier mix. When the homeowner found the dog, he brought the animal to a local shelter where he was examined by a veterinarian.

He looks to be about one to two years old and he is being called “Nathan” as police try to find out who his owner is. 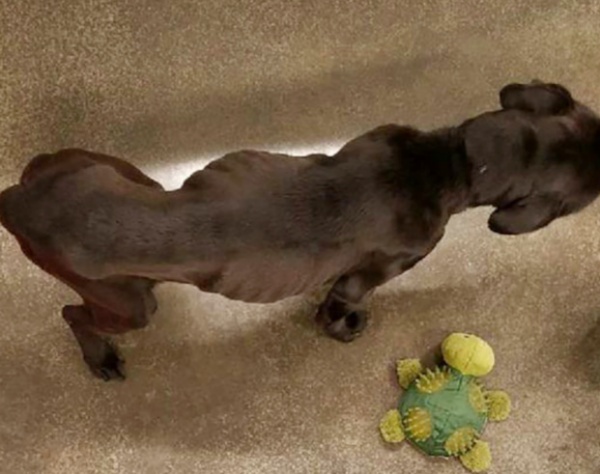 According to the veterinarian who examined Nathan, he rated a “2” on the Body Condition System Scale for dogs, and two is the worst number a dog can get. 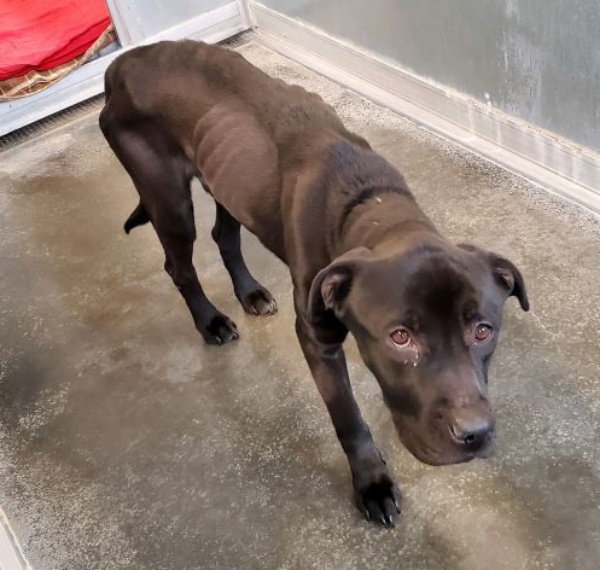 Poor Nathan is seriously emaciated, and it seems he was dumped on Warren Stein Road before nearly dying from starvation. If Nathan’s owner is found, he or she could face charges of failure to provide sustenance, abandonment of animals in public, and animal cruelty, all misdemeanor crimes. 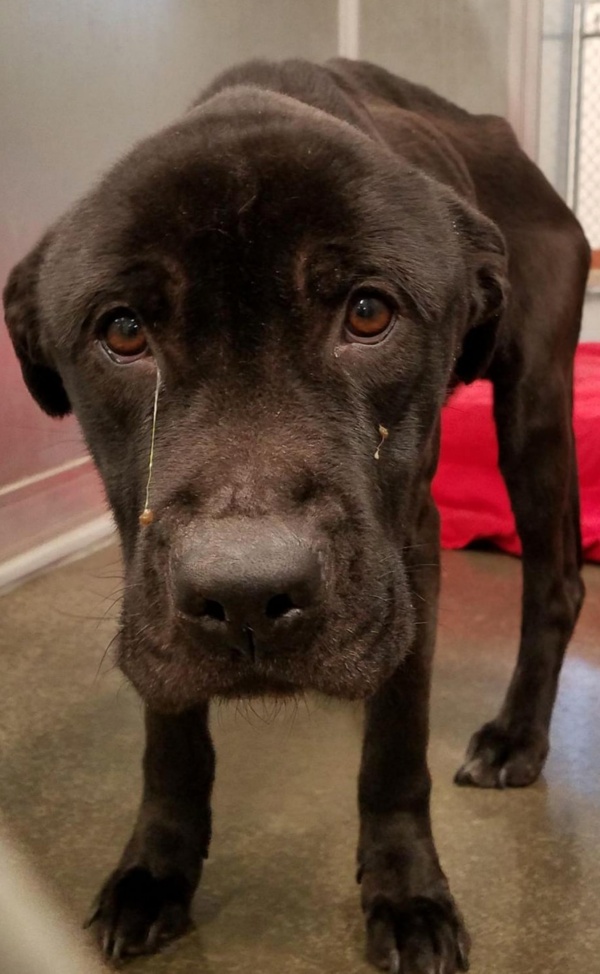 “It’s heartbreaking to see a dog as sweet as Nathan plagued by malnutrition and being so neglected when our shelter provides free food to anyone that needs it, no questions asked. It’s my hope that the owner will be found and brought to justice,” Ron Perez, president, and CEO of the Columbia-Greene Humane Society, said.