Being attached to his new fur-mom is indeed an understatement. His new fur-mom is also excited to adopt him and take care of him – give him all the love in the world which he really deserves.

Whenever there’s an opportunity to snuggle, Carson grabs it right away.

Carson never lets a chance slip by to snuggle and climb onto her momma’s lap and give her some hugs. He doesn’t mind if he is a 60-pound dog and there’s no enough room for him. He really finds ways to stay by his momma’s side even when she’s working from home. 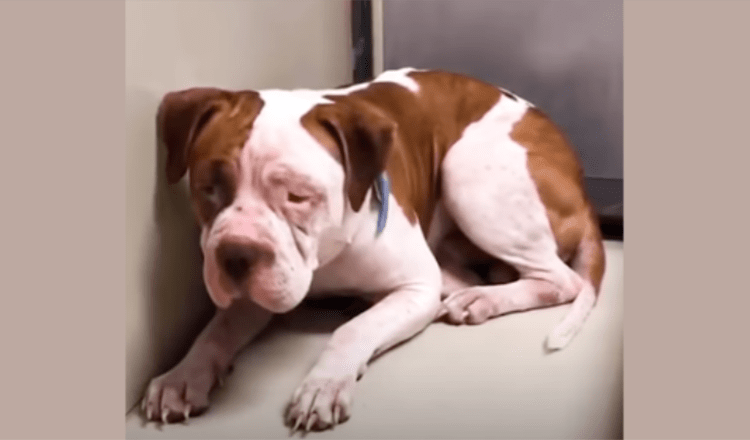 Even if it’s uncomfortable for the momma, but it’s alright.

She appreciates Carson being so clingy and whenever he climbs onto her lap, she’s like, “All right, buddy!” And she finds it so adorable.

Carson’s very happy when they’re out to take a walk!

And he has a habit of climbing on the couch wagging his tail to ask for some cuddles and snuggles!

After going out for a walk and his leash was removed, Carson immediately goes to the couch and asks for some snuggles! Guess physical touch is Carson’s love language. Isn’t it sweet? All he really wanted is some love and he is so happy that he’s been receiving it from his new family.

This shaking pitbull from the shelter has grown into a happy and clingy dog.

All thanks to this kind voice who believed in him and adopted him with open arms. His new family showered him with love and attention which reflects Carson’s personality right now. And this doggo never fails to reciprocate the love he receives by giving his family some tight hugs and snuggles.