This poor little dog was rescued after a call was placed about his abuse. His owner, who was supposed to love him, got aggravated and hit him over the head. His injuries were severe. The dog’s little head was swollen and he wasn’t responsive at first.

Once the little dog arrived at the vet clinic, he was assessed immediately. His head trauma meant his future was uncertain. Every hour mattered as he was closely monitored. If he made a turn for the worse, there wouldn’t be much the vet could do. But everyone was already so fond of the little fighter.

His new human friends and advocates would ensure that the little pup was safe and not in pain. 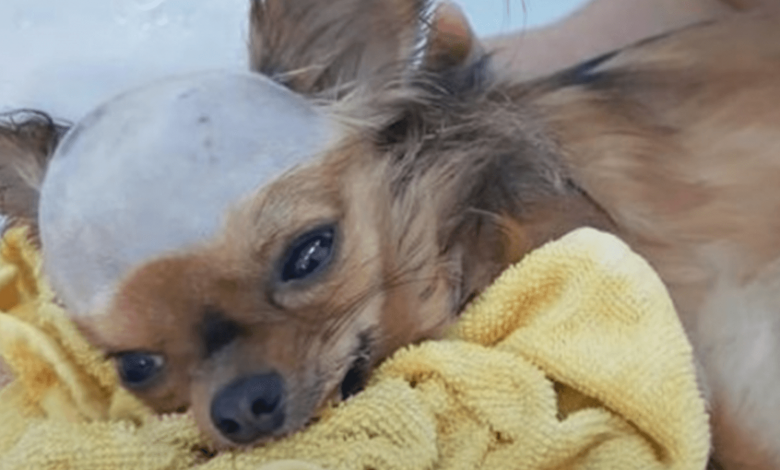 Amazingly, despite having seizures, the dog began to improve. He was so happy to see every kind human who came to his kennel. 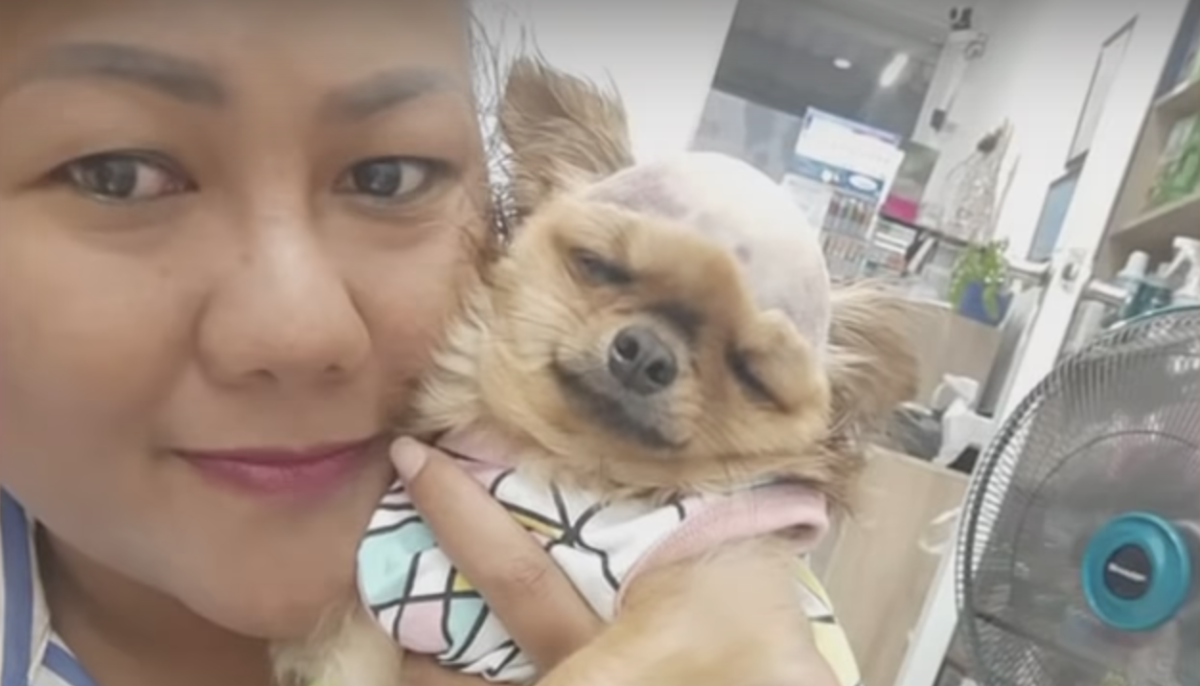 His tail wags are epic. It’s incredible how a dog can be so badly mistreated by a human and still accept people as his friends. 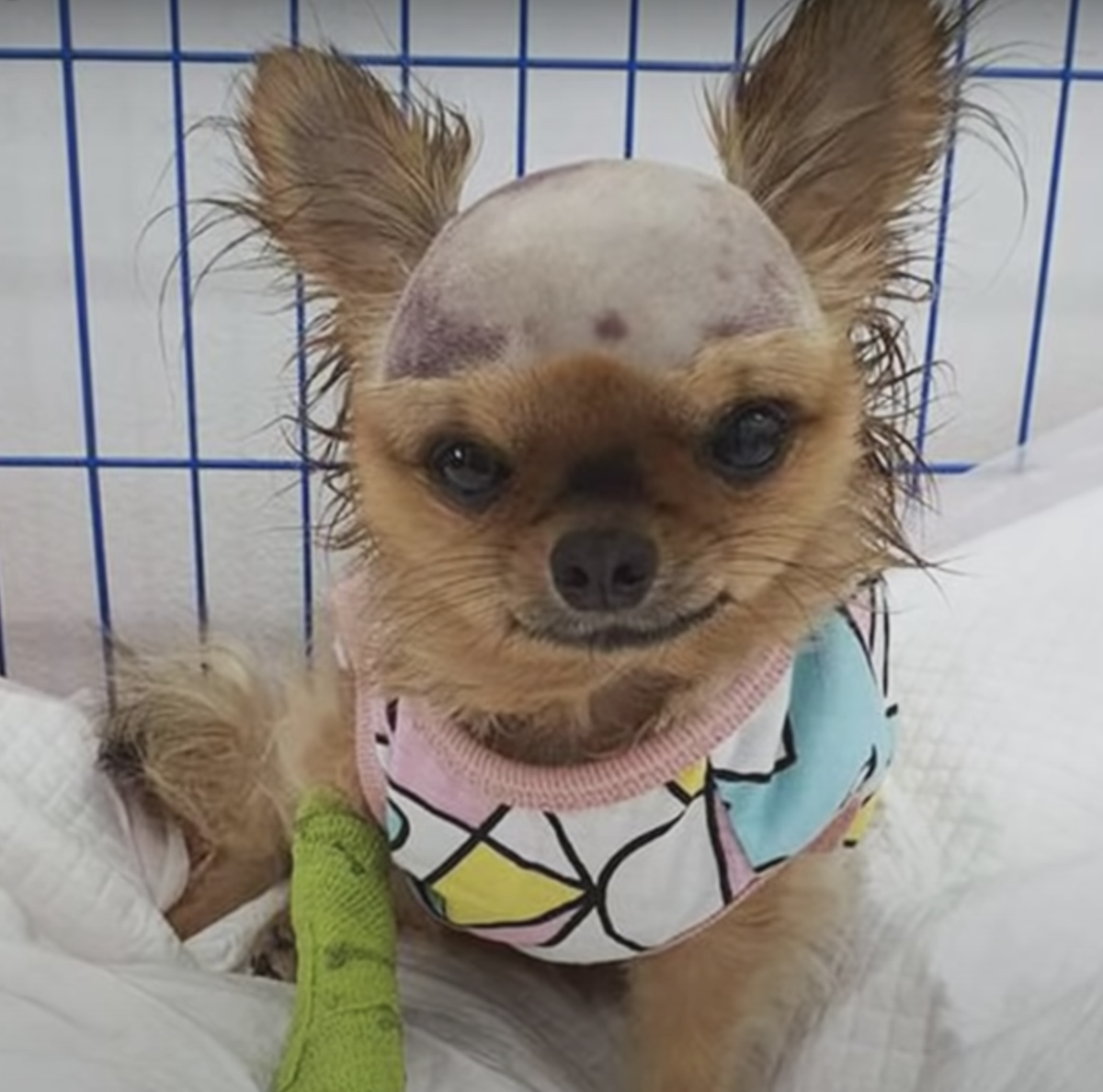 As the dog steadily improved, the doc came up with an excellent treatment plan which includes anti-seizure medication, a diet rich in protein, and lots of love from all his new friends!

The little dog is still recovering as we speak. His future is uncertain so he needs all the prayers he can get.