Heidi had been living on the streets for months with an awful skin infection, which made her lose her hair.

She had been roaming that area for a while, and passersby would give her food scraps. But as her skin infection grew worse, people began chasing her away because they were disgusted by her mangy looks.

Although she had been ignored for so long, a Good Samaritan saw her and called Howl Of A Dog for help.

While she was very friendly, she was still reluctant to come near rescuers. They gained her trust by giving her treats, and eventually they were able to put the leash on her. 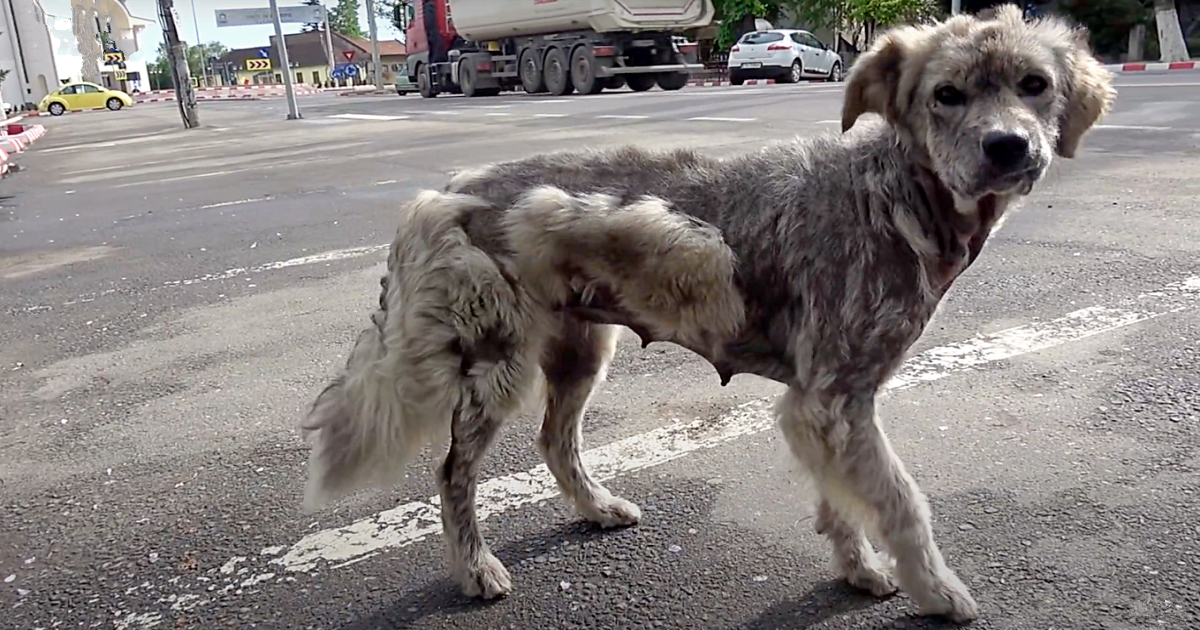 They got her into their car and got a closer look at her. 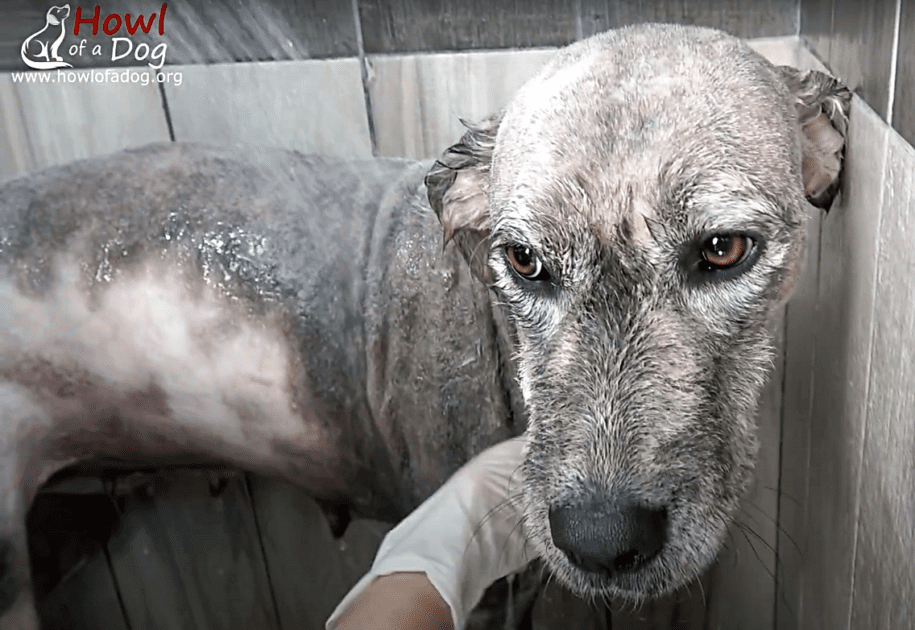 Her entire body was ravaged by mange, thick and hard crusts turning her skin into stone. Her body also gave off a very pungent smell, as she had probably never been bathed in her life. 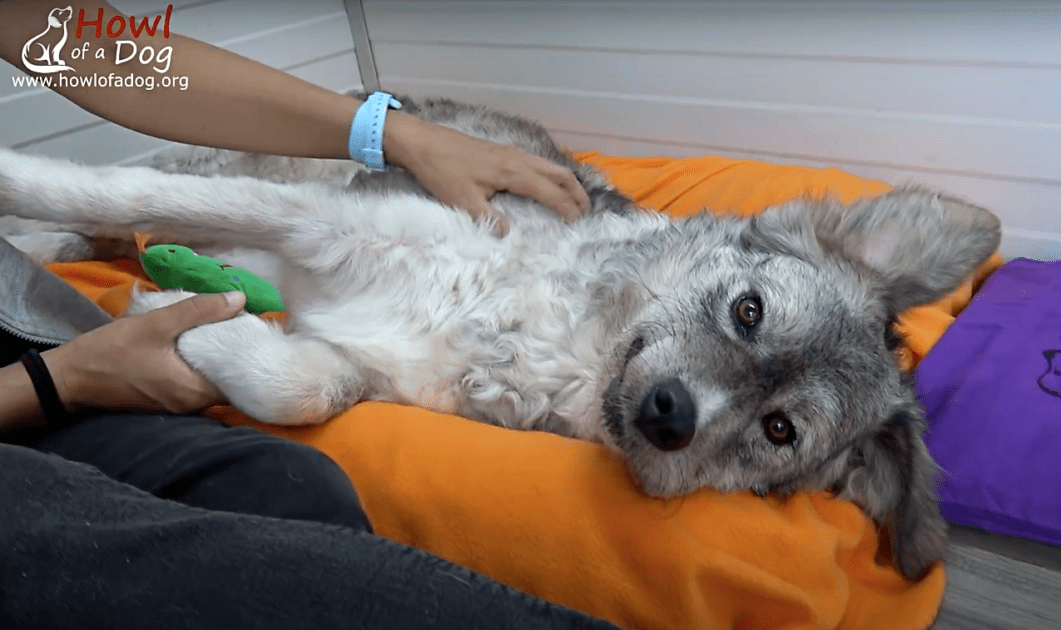 They brought her back to their clinic, where she was examined, ridded of ticks, and bathed.

Three months later, after receiving treatment for her mange, Heidi looked like a brand new dog. Her beautiful fur grew back in, and she is as happy as can be! She even found a loving forever home in Canada.