Everything changed for a senior Chihuahua named Scooter when his person passed away, writes fsrn.

Suddenly, instead of being at the home he’d known for years, he was in a shelter for homeless animals.

To comfort himself, Scooter pulled up a dark blue blanket with white stars over his little body, tucking himself in.

Only Scooter’s worried little face and his pointed ears, standing up sharply at attention, stuck out of the little bundle he’d made for himself.

There are so many dogs in shelters just waiting for their forever home. It can be a lonely place, and without any family to give them love they have to find their own comfort. 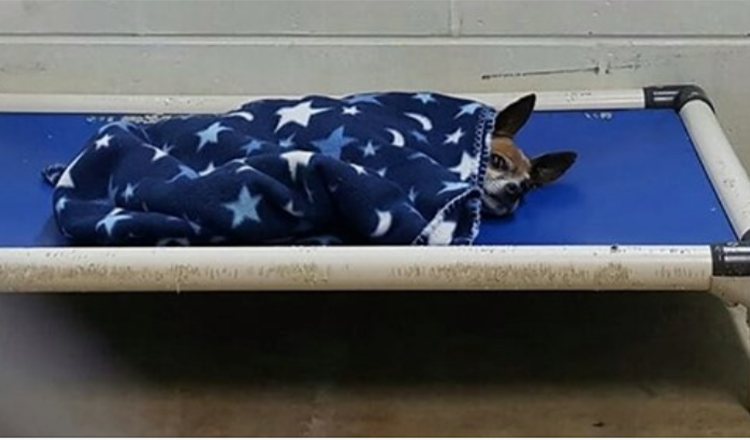 One photo showed the heartbreaking ritual one shelter dog went through every night—an image that won hearts all over the internet and led to him finally getting a happy ending. 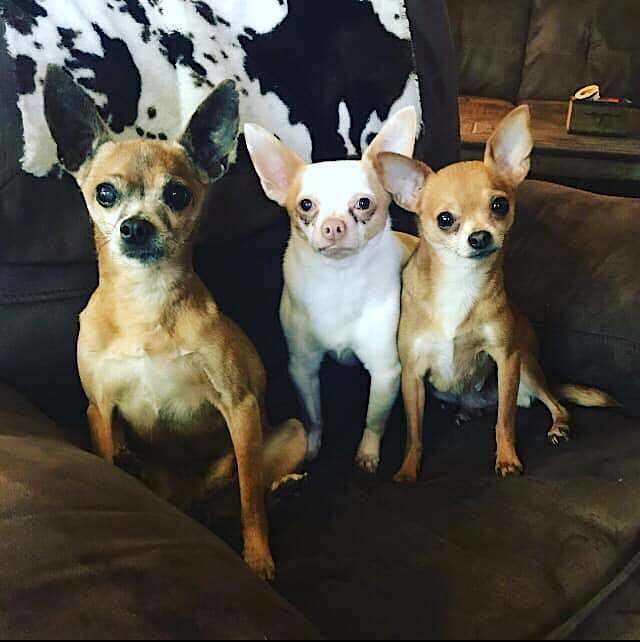 A tiny chihuahua named Scooter ended up at the Humane Society of Branch County, a no-kill shelter in Michigan, for a heartbreaking reason: his owner passed away, and there was no one to take him in.

Suddenly he was uprooted from his old familiar life, living in a shelter. Even worse, Scooter was 12 years old and had a hip injury: senior dogs and dogs with disabilities tend to have a harder time finding homes. 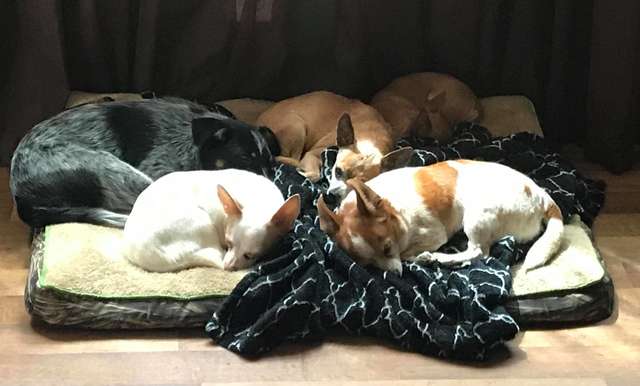 Workers feared Scooter would spend the rest of his life in the shelter. But as he waited for someone to come along and give him a home, Scooter found a way to comfort himself every night.

But when the shelter shared the photo of Scooter under his blue blanket, everything changed. 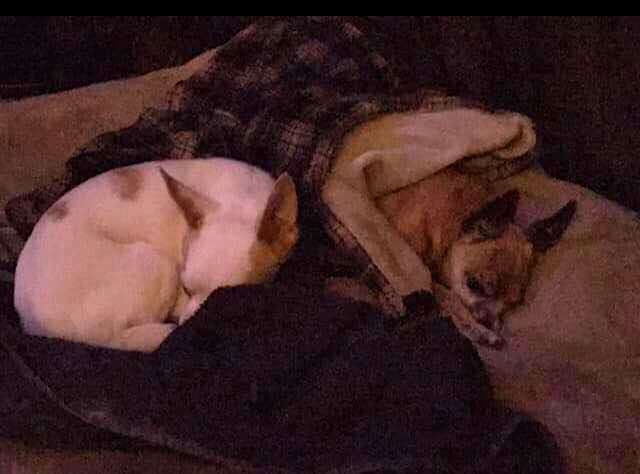 People from all around the world started writing to the shelter offering to give the poor pup a home. Jessica Lynn Howard, who had adopted two other Chihuahuas from the shelter in the past, was one of those people.

“I saw Jan’s Facebook post, along with the rest of the world,” Howard told The Dodo. “My husband Tim and I were lying in bed and it … brought me to tears. Without hesitation I showed Tim and I said, ‘I have to go get him.’” 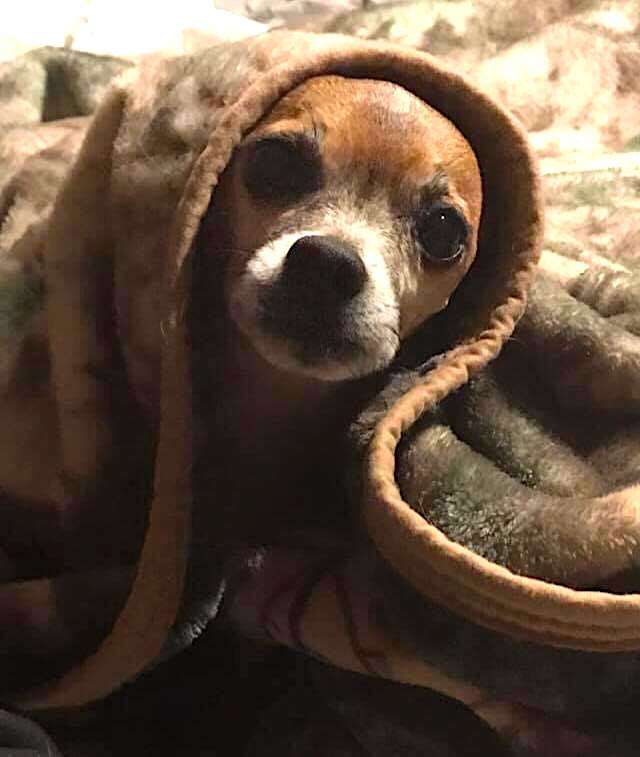 First thing the next morning, Howard got in the car and drove three hours to the shelter to pick up Scooter and bring him home.

“When we arrived home Scooter met his new pack and family immediately,” Howard said. “It was amazing, everyone greeted him as if he was a long-lost friend of theirs; they truly acted as if he had always been here.” 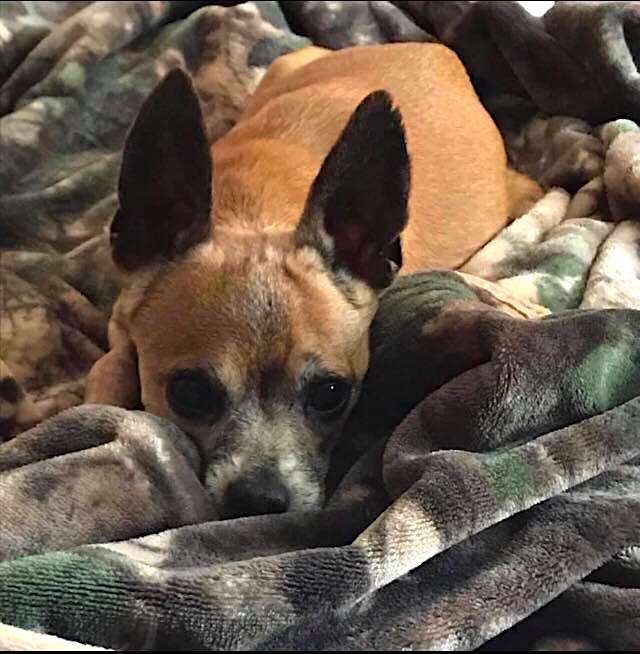 The Howards live on a big farm so they can easily accommodate their pack of six dogs, including Scooter. 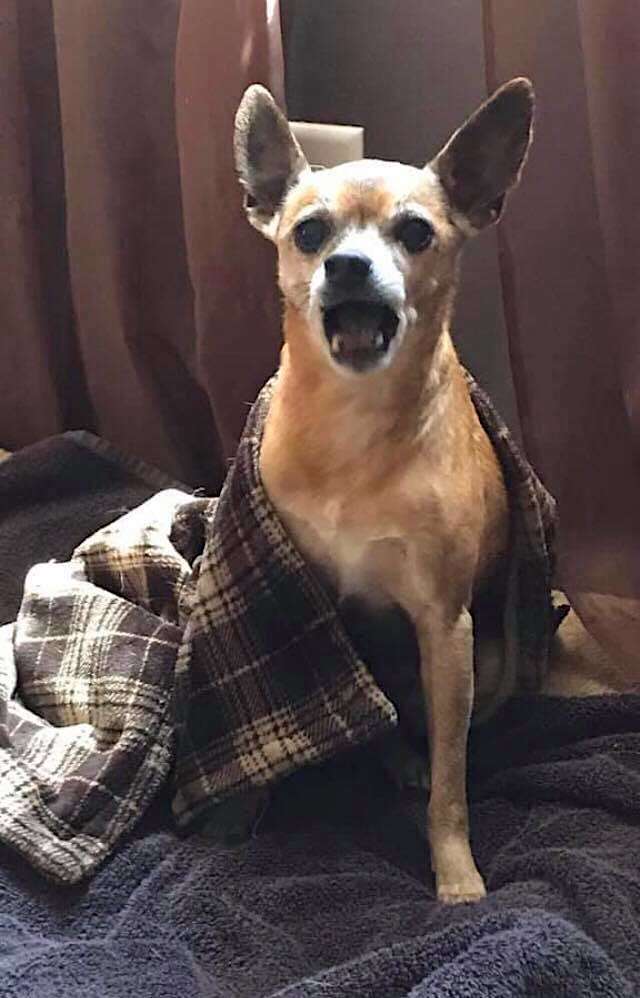 Scooter finally had a loving forever home. But while he finally had a family to tuck him in at night, some old habits die hard: Jessica says he still does it all on his own.

“When it’s bedtime … he still ‘tucks himself in,’” she said. “I’ve tried to tuck him in but he would rather do it himself. He has to get the covers just right. It’s really cute watching him.” 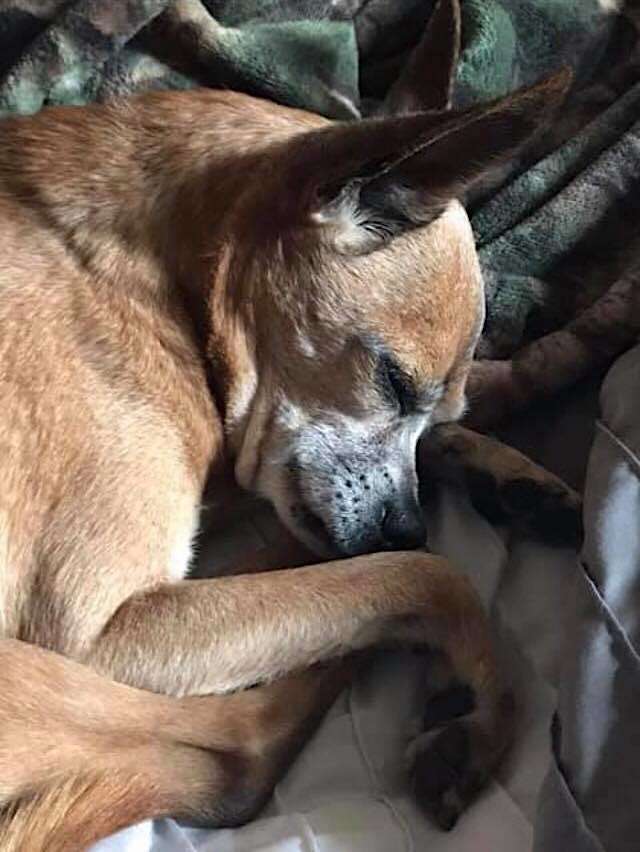 Jessica hopes the story inspires more people to adopt, and says it shows how a powerful image and story can go a long way in getting a dog adopted.

“If Scooter’s story can help inspire someone to adopt or to donate to the Humane Society of Branch County or their local shelter,” She told The Dodo. “It shows what one little senior dog can do.”