Tarzan, a Pit Bull mix, was living by the freeway next to a dense forest. The locals would always notice him and feed him. But soon, they noticed that Tarzan had been missing for several weeks. They realized that he was stuck deep inside the bushes, and called “Hope For Paws” for help.

Rescuers JoAnn and Lisa made their way through the prickly brambles to locate Tarzan. But when they spotted him, they realized that the poor baby was heavily weakened. They petted the sick dog and vowed to get him out of there. But when they asked him to follow them, they realized he had no strength left in his limbs to walk.

Despite the setback, the women refused to give up on Tarzan. 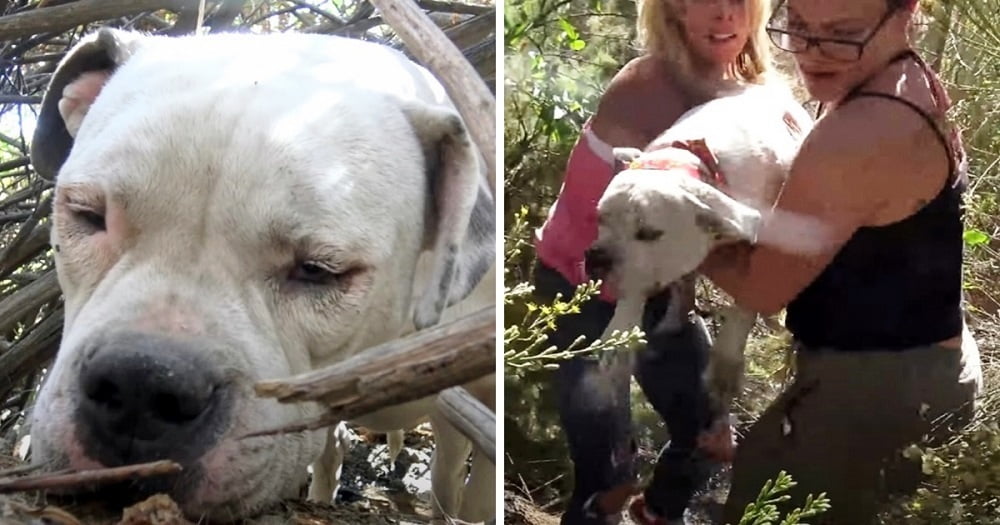 They used their combined strength to pick him up, and then navigated the rough terrain as they made their way back to the rescue van. Tarzan was so grateful to his rescuers that he hugged them and never stopped wagging his tail! 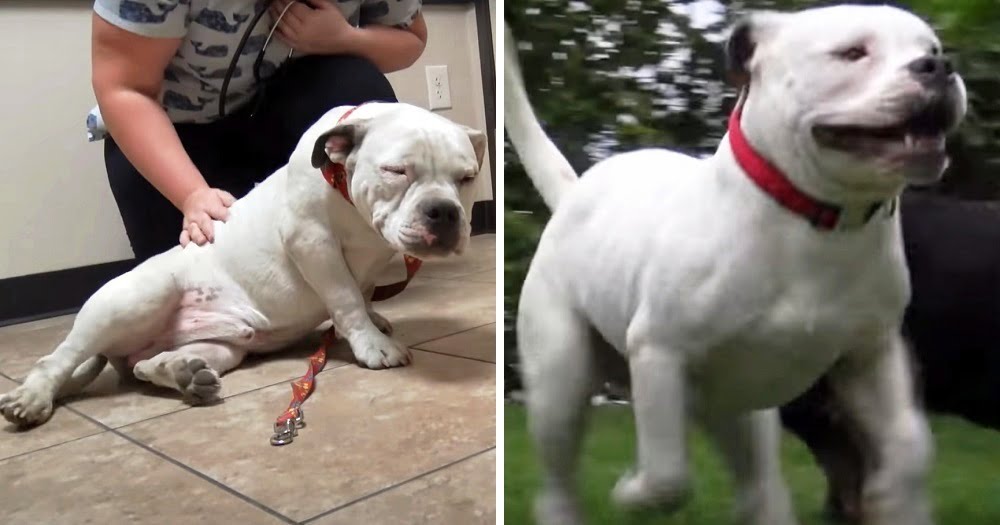 Tarzan spent the next few weeks regaining his health at the shelter. After spending time rehabilitating in a foster home, this big boy charmed his way into the hearts of his new owners!

From being on the verge of death to frolicking around with his new doggie sibling, Tarzan has indeed some a long way!