At 13-years-old, most dogs begin to enter the senior part of their life, slowing down and napping often. Yet this could not be more different for a Chihuahua named Mini who found her lifelong friend in a little boy named Marcelo. The pair spend all their time together.

After his adoption in 2018, his family soon found out that Marcelo was terrified of dogs, reports Ronproject. Screaming at the sight of dogs with no desire to be near them, his new family had no idea they would be astounded at the progress Marcelo would make in just a few short weeks.

Mini, the Chihuahua, loves children. The fact that Marcelo was terrified of dogs meant nothing to her, and she went about her business trying to interact with him as much as possible. Always wanting to be near Marcelo, she followed the little boy around everywhere. 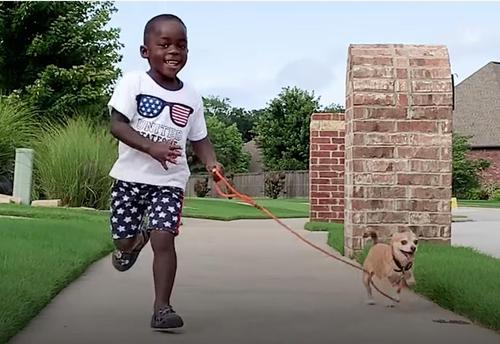 Even as a senior dog, Mini knew no limits when it came to playing with this timid little boy. Following him around everywhere, Marcelo soon became accustomed to the idea of having a tiny best friend. Mini was over the moon when Marcelo began to show her tidbits of attention and acknowledge her presence. 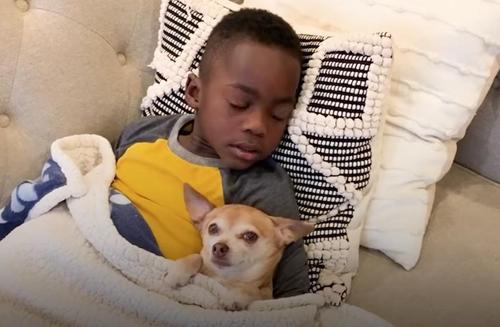 One day, Marcelo shocked everyone by leaning in and planting a kiss on Mini. As his first friend, Mini had offered a consistent presence in Marcelo’s life. It appeared this persistence had paid off.

Helping the little boy acclimate to his new home, Mini was only doing what any other fun-loving pooch might do. Getting Marcelo’s love and affection was her goal, and ultimately, her tenacity paid off. As Marcelo and Mini’s relationship continued to grow, the two eventually became inseparable.

Photographed recently wrapped up in separate bath towels while posing alongside each other, you can see the friendship and trust these two have built up in each other. In fact, Marcelo never likes to be without Mini now.

Even if he is playing with his toys, Marcelo always insists that Mini stay nearby. Enjoying the growth of their relationship, Marcelo’s mom is forever grateful for the friendship this little pup was able to create and maintain with her son.

Mini and Marcelo can teach us a lot about overcoming fear. As a senior dog, Mini was able to communicate and bond with Marcelo in a way that would allow him to let down his guard and develop a deep relationship with a dog he once feared. Completing their family with two more children and two kittens, Marcelo’s mom and dad hope that they can provide hope and inspiration by sharing Marcelo’s story.