Dogs truly are man’s best friend. Humans spend time with their dogs because they are a huge source of happiness and emotional support. This is why its always heart wrenching when a beloved pet must be put down.

No one knows this better than the men and women in the military who handle dogs.

These military members spend their entire careers working with a dog in some cases and can become quite attached. Like their human counterparts, these military canines risk their lives in hostile and dangerous areas, all to protect humans. If the dog reaches the age of retirement, their handler will often adopt them.

This makes sense, as they’ve both bonded and it guarantees the dog will be taken care of until its last days. 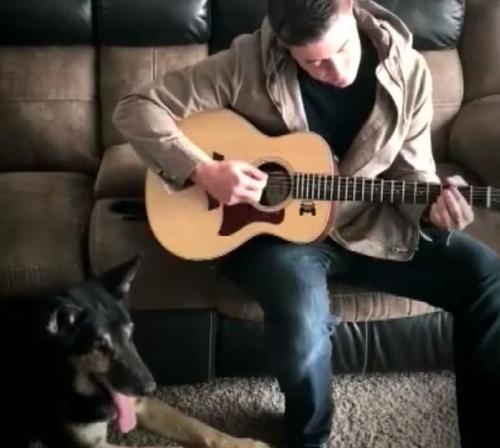 This was the case with German Shepard Bodza, a United States Air Force pup who was called to service in 2006. Leading his military handler, brave Bodza sniffed out bombs in Kyrgyzstan, Iraq, and Kuwait to help keep his fellow servicemen (and service animals) safe. The Dodo reported on Bodza’s tale. 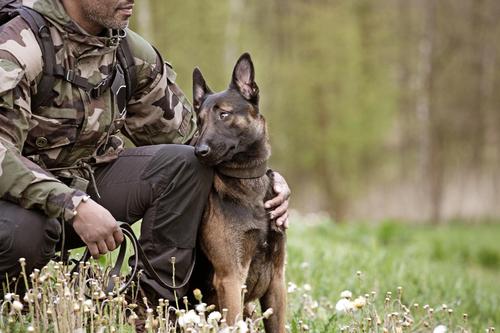 By 2012, Bodza was put into the care of handler Kyle Smith. Bodza and Kyle quickly bonded and worked tirelessly together. Kyle stated that Bodza was one of the most talented bomb sniffing dogs he’d encountered in his career, and Bodza surely thought highly of Kyle as well. 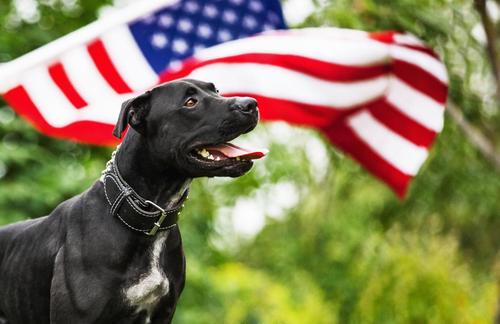 Two years later, Bodza hit retirement age and Kyle offered to adopt the pup. He was approved, and Bodza and Kyle were inseparable. They played together, slept together, and went on plenty of walks.

But Bodza was getting older and was diagnosed with a condition that would eventually be unbearably painful for him. He had trouble walking and even getting up was a challenge. It was then Kyle decided it was time for Bodza to be euthanized to end his pain.

But Kyle didn’t have to do it alone. Fellow airmen came along to the vet’s office, and they draped a flag over the dog’s body to give him a respectful military send off. While Bodza is no longer with us, his memory and legacy in the military will be remembered by those he protected as well as his best friend Kyle.