Many rescue groups raid on many cockfighting operations in Marlboro Count, South Carolina and save 120 roosters.

They also found ten newborn pups in a makeshift kennel next to an emaciated Pit Bull, who was chained outside. More than 25 people were arrested during the operation.

Northam and April Morris were completely shocked to recognise the Pit Bull while watching the newscast of the rescue on TV. Nina, their Pit Bull, had been stolen in December from their yard, and it was the dog who was rescued from the operation by Carolina Waterfowl Rescue, a group involved in the rescuing. 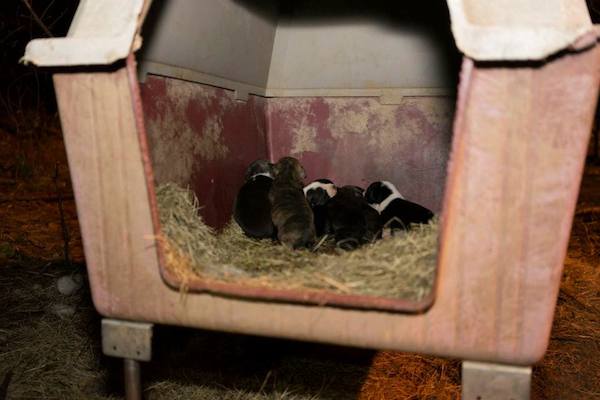 The couple had no news of Nina before seeing her on TV despite posting on Facebook, putting up posters, and searching for more than a year. 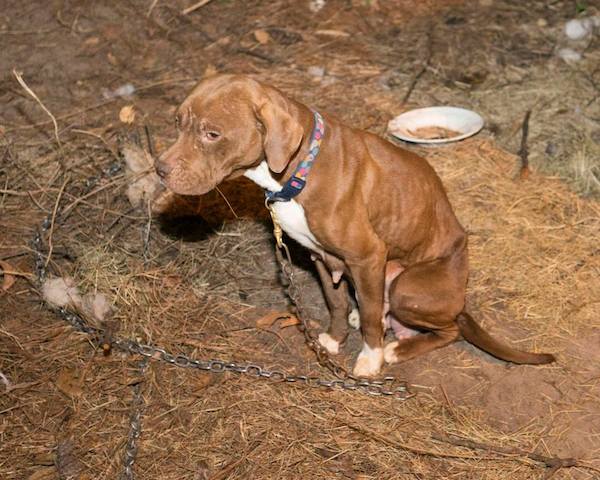 A volunteer with Carolina Waterfowl Rescue called Amie gave Nina a hug which was a great moment to be taken on camera. So, they took Nina, who was then reunited with her family after about 2 years.

Actually, the ten newborn pups are Nina’s pups! So, they were all taken to Nina’s family to live their. Thankfully, the 10 pups are now being cared by the family till they are ready to be adopted. To make things even better, they have already found forever homes.