What started out as a horror story for one dog owner has turned into a wonderful “home for the holidays” reunion, thanks to one man. The story began when a thin, stray Pit Bull was found alone on the streets in Maryland in late November. Fortunately, the dog had a microchip, and the Caroline County Humane Society was able to reach his owner, who lived 1300 away in Wichita, Kansas.

“We called the number and spoke to his mom. The story is as follows: His mom’s boyfriend left Kansas to come to Maryland for a brief stay with their dog. However while he was here, the couple broke up. And the ‘now ex-boyfriend’ abandoned Zimba. He would not return her phone calls,” the Caroline County Humane Society (CCHS) related to KSNT News.

The animal shelter tried to arrange to get Zimba home because his mom could not make the drive because of her children and her job. They contacted airlines, the original Humane Society where his mom had originally adopted him, but couldn’t come up with a solution. That’s when Zach Holt stepped up. 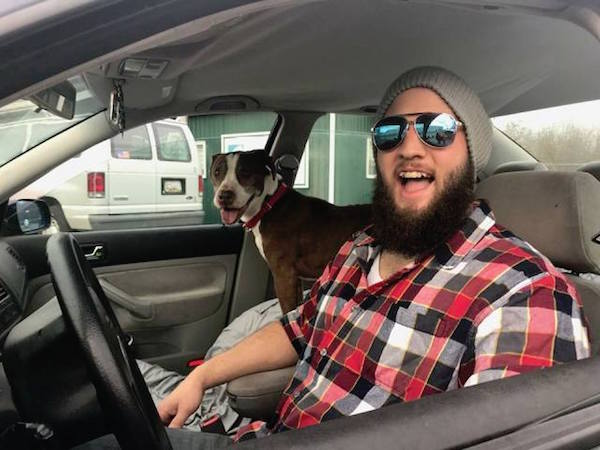 Zach used to work for the CCHS and he offered to drive Zimba back home! “I’m a bartender,” he told WJZ Baltimore. “I strictly work, you know, the weekends and Monday and I have Tuesday, Wednesday, Thursday, Friday off. And four days is plenty of time to get to Kansas and back, so I said, ‘Why not?’” That’s when Zach and Zimba’s Great Adventure began and was chronicled by the Humane Society.

The community pitched in donations to help pay for gas and lodgings and Zach posted pictures and videos of their road trip. Finally, several weeks after he was found, Zimba reached his destination and was back in his mother’s arms. “Zimba – safe and content, wrote CCH, sharing a picture of Zimba reunited with his mom. 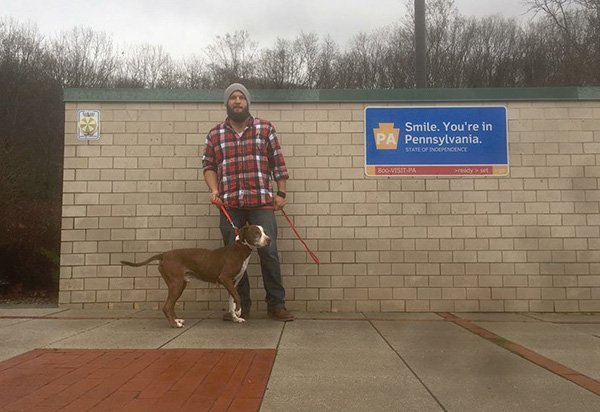 “We would like to once again thank all of you who have followed, supported, donated and cheered on Zach and Zimba during their awesome adventure. And, of course, we can never thank Zach enough for driving all the way from Ridgely, MD to Wichita, KS to make one family’s…and one dog’s Christmas wish come true. There truly is no place like home.” “Hopefully we can all take a lesson from this,” CCH wrote. “As Zach said in his interview, using the words of his friend Ben Cahall…we should all JUST TRY.

We can all make a difference. No matter how large or how small.” They added, “And remember: microchips do work! Zimba would never have found his way home without his…and his mom had properly registered it and kept information current!”