Steven and Shana Loftin have a soft spot for dogs in need. The Loftins are trained dog fosterers through the Kingwood, Texas-based group, Texas Rescue Riders.

Although they own six dogs and foster seven others, they could not resist a dog near-death named Willow. With a multitude of problems and a severe case of sarcoptic mange, Willow didn’t stand a chance of living much longer.

A passerby in the area saw a dog sitting in the grass along Grand Parkway in Kingwood. The person shared the photo to social media and that’s when the Loftins first heard about Willow. Shana felt something inside that compelled her to find Willow and get her help. 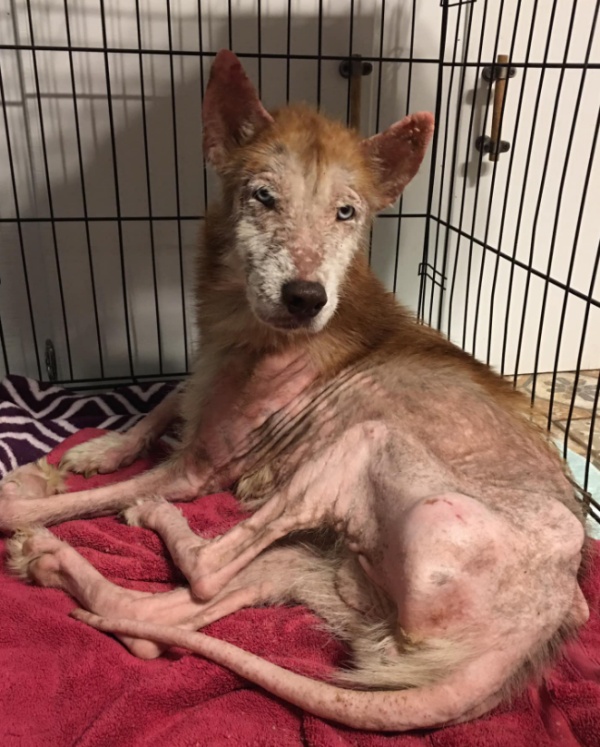 “It was raining that day. I told my husband, ‘Get in the truck. We have to go find this dog,’” Shana shared.

Amazingly, they found the dog but she was unable to get up. Shana believed Willow laid down in the grass to die. The couple picked her up, placed her gently in the truck, and drove to a grocery store for 10 pounds of chicken breast. 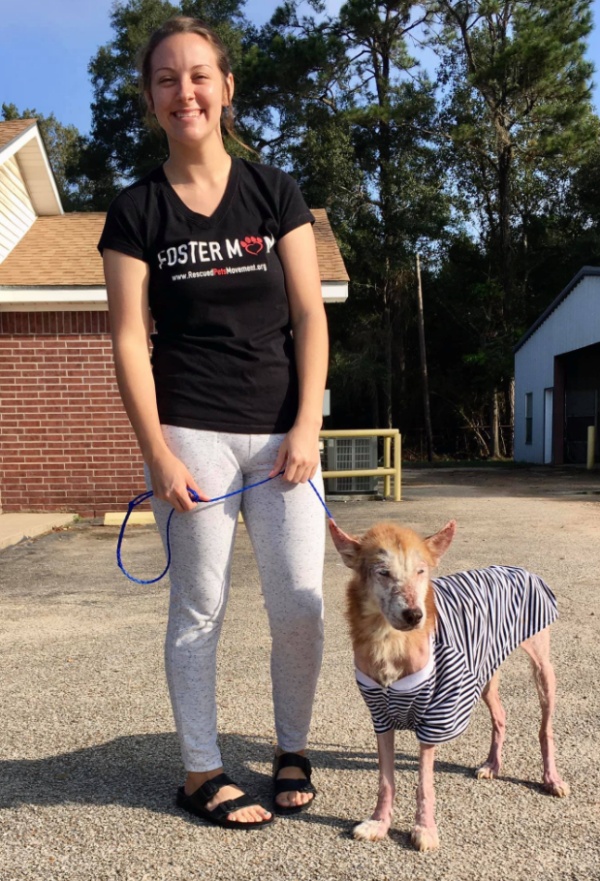 “When you have a dog that is that skinny, you have to feed them a bland diet. I made her chicken broth, boiled chicken breasts and rice for the first couple of days. She did well and was able to eat,” she explained. “I knew she had mange and that it was probably contagious, so I gave her a bath and then put her in a kennel in my bathroom, so she would be separated from our other dogs.” 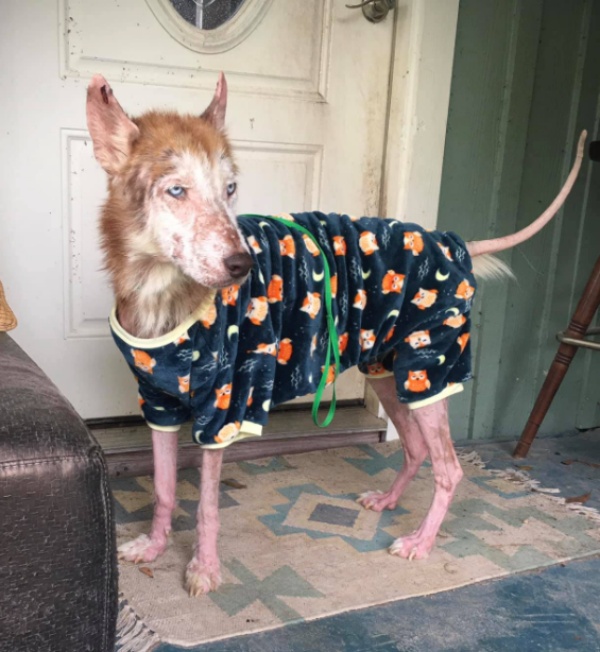 Sarcoptic mange is very contagious and caused by mites that get underneath the dog’s skin. It is like scabies in human beings. After two weeks of tender loving care, Willow is able to stand and is eating well. She wears doggie pajamas so she doesn’t itch her skin. Shana and her husband decided to call the adorable pup Willow because “she is a dog with a new beginning.”

I Love My Dog applauds the Loftins and hope their example of kindness inspires others to help dogs in need. We extend you our biggest thanks and gratitude, Steven, Shana, and everyone who helps animals.