Dog owners know firsthand how amazingly strong our pups are. For dogs like Iron, being strong had to come from deep within himself. This special Pit Bull had been through so much trauma when he was hit by a car and left on his own on the street. How he survived is a mystery in itself.

Iron was found in Puerto Rico after he had likely been hit by a large vehicle and left for dead. He was dragging his hind legs around, unable to walk. He was emaciated and in pain. After a vet examined him, he determined he had a spinal injury and it was extremely unlikely he would ever walk again.

This was a devastating diagnosis. Pit Bulls have a rough time finding homes due to breed discrimination, but a Pit Bull that couldn’t walk… that would only make finding Iron a forever home that much harder. 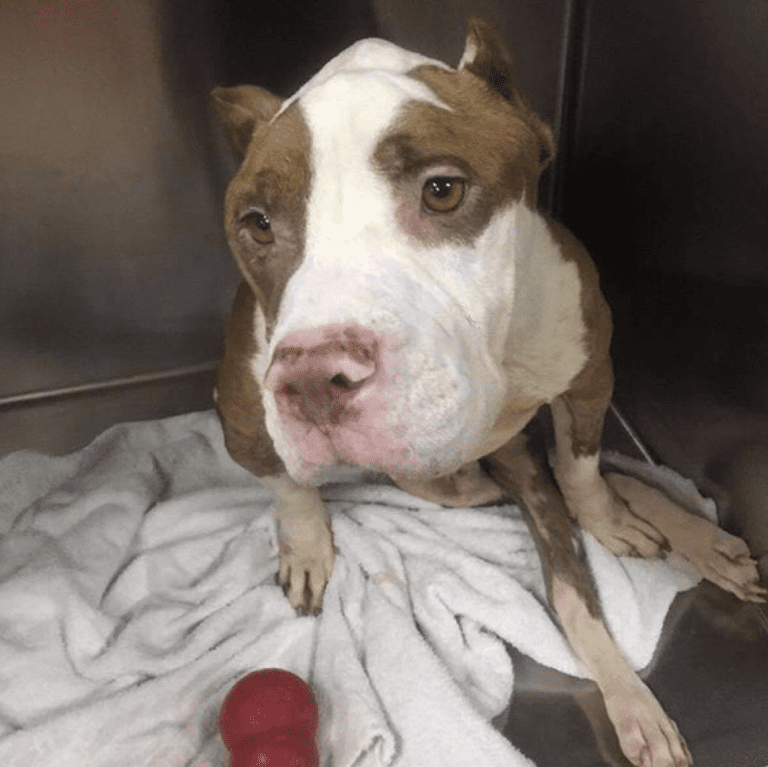 New York Bully Crew saved Iron once they had heard about him, but now they needed additional resources to help rehabilitate the deserving dog. He needed a foster home that would work with Iron and get him to a healthier place. Kat and Heather had seen Iron on Instagram and knew they could help. They had extensive experience in rehabbing dogs. 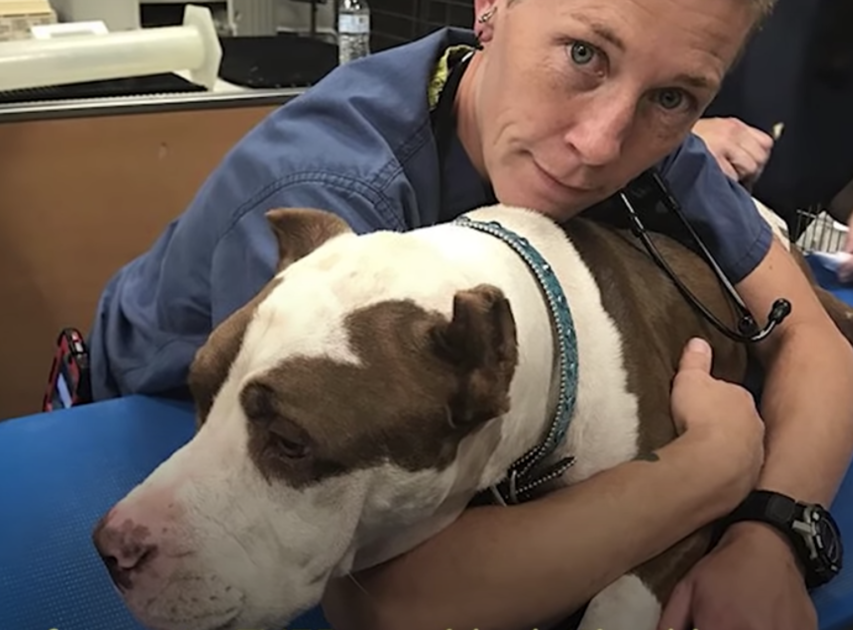 Soon, Iron was in Kat and Heather’s care. They couldn’t believe how tiny he was. He was so underweight that it was frightening. His new foster moms knew they had their work cut out for them. Iron wasn’t just physically struggling. He was shut down emotionally. 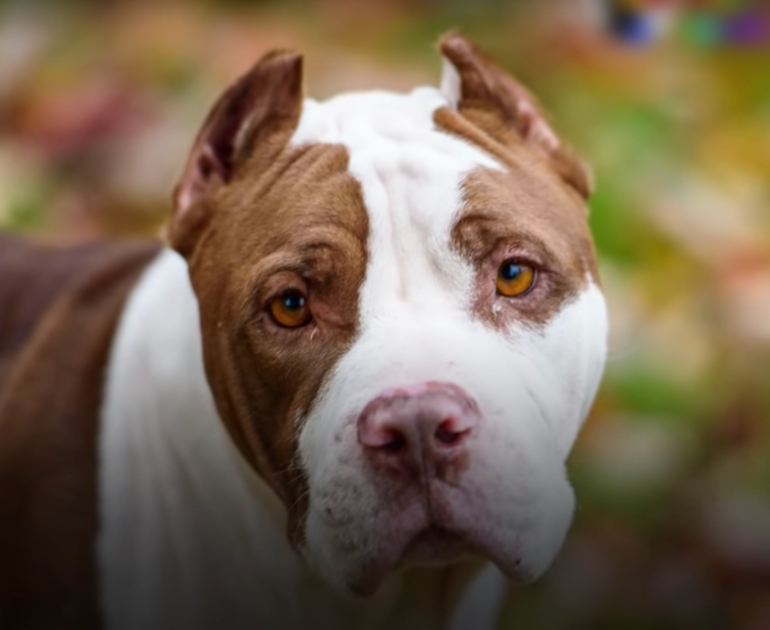 One of his moms is a veterinary nurse. She knew this would be a long road but no one would give up on Iron. He was worth every effort and then some!

Iron’s new foster moms started him on a special diet of small, frequent meals. This would allow him to gain weight properly without overeating and getting sick. They also began rehab right away. At first, he could hardly stand but soon he was taking a few steps at one time. They also had a custom made wheelchair just for him! 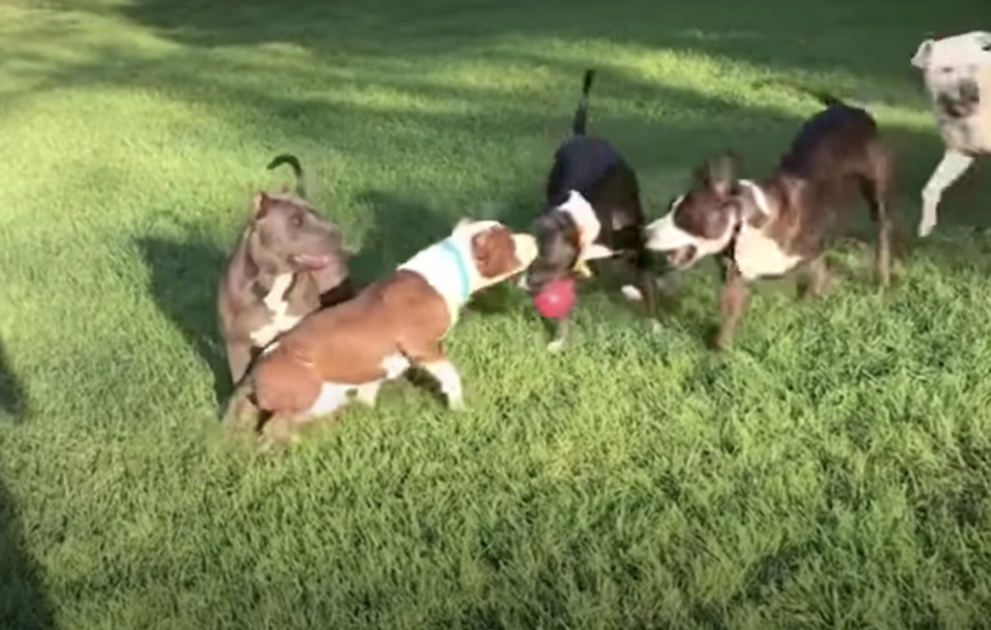 Within six weeks, Iron was able to walk for several minutes before he’d drag his legs. This was a HUGE milestone! Iron also loved his new doggy friends at his foster home. They motivated him to stay strong and helped him come out of his shell. Dogs are pack animals and even a dog like Iron, that was shut down and afraid, responded well to his new pack’s happy energy. 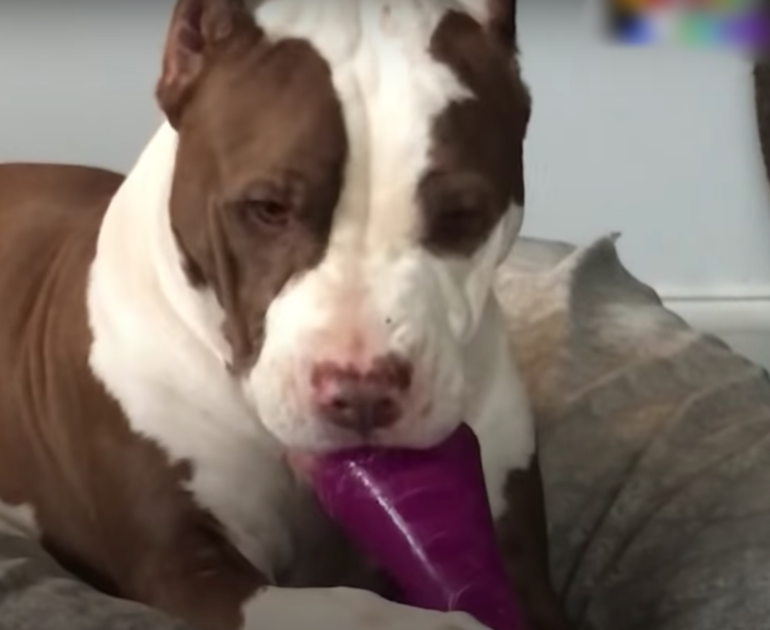 Then, the most amazing thing happened! Because Iron is so smart, he figured out a way to crash his wheelchair intentionally and wiggle his way out. He would then use his own legs to get to his friends. This amazed everyone around him. The dog that was unlikely to walk again was surely moving along!

Iron discovered all the things he had been missing out on– toys, playtime, and of course, affection. Iron also became the pack’s protector. He would make sure they’d all settle down when it was time to chill. And he loved to clean everyone off after the rain. Each of his siblings would get special “Iron kisses” on their faces once they came inside.

Soon it became apparent that Iron was already home. Kat and Heather couldn’t imagine life without him. He fit in so well and because of his new moms, he had come so far. They knew he would continue to thrive in his care. But if you ask them, they always say they’re the lucky ones. They say that Iron brings them more joy than they could ever imagine.