When a stray dog decided he felt safer on a rooftop rather than on solid ground, locals took notice. Why was the dog on the roof and why did he refuse to come down.

At first, passersby assumed it was just a matter of time before he made his way back down, but days later, he was still there!

In fact, the dog remained on the roof for 10 days! Anyone who came up to the roof only made him more unsettled. He would walk on the ledge to try to gain distance between himself and the human who approached. He also shook incessantly. This dog was traumatized and the people trying to save him had to figure out why.

Then a woman explains, in the video below, something that had been going on in town. 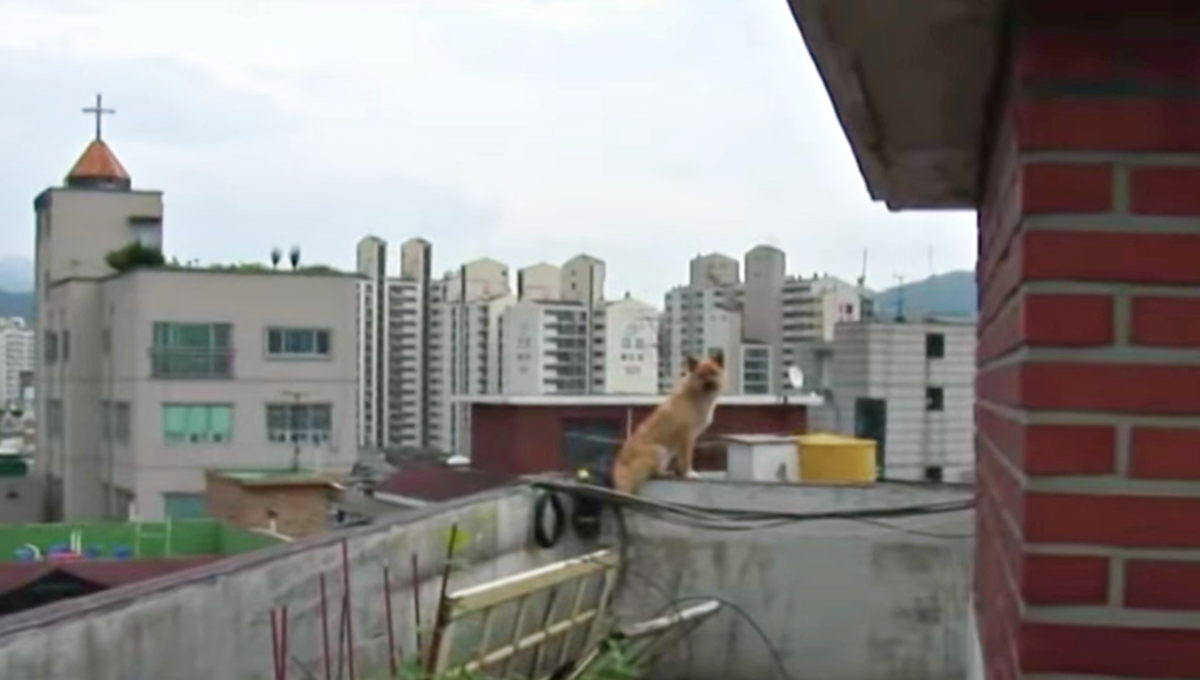 People’s dogs had been stolen and even strays had gone missing. Some people think it was possibly connected to an illegal underground dog meat operation. Others think it was even more sinister. This dog likely witnessed something horrible and felt safer on the roof. 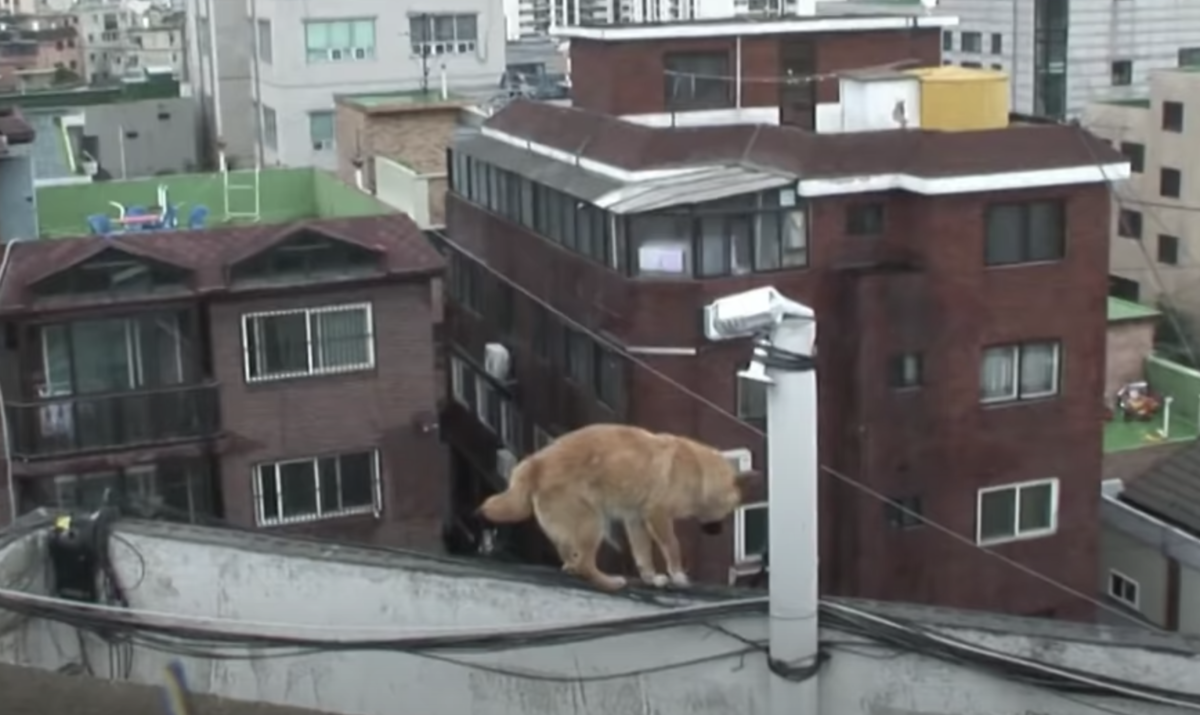 The dog hardly ate or drank despite people trying to bring him food. 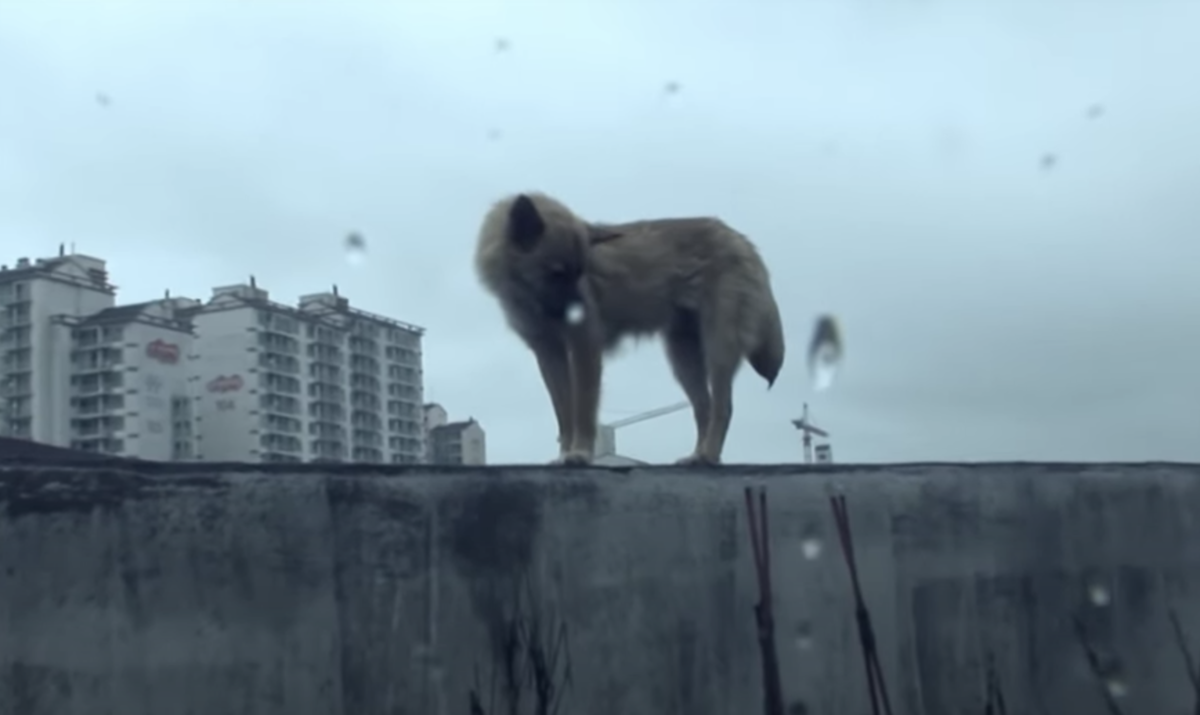 He couldn’t sleep since the ledge was too narrow. He likely climbed down from the ledge and slept when people weren’t around but he was still exhausted. 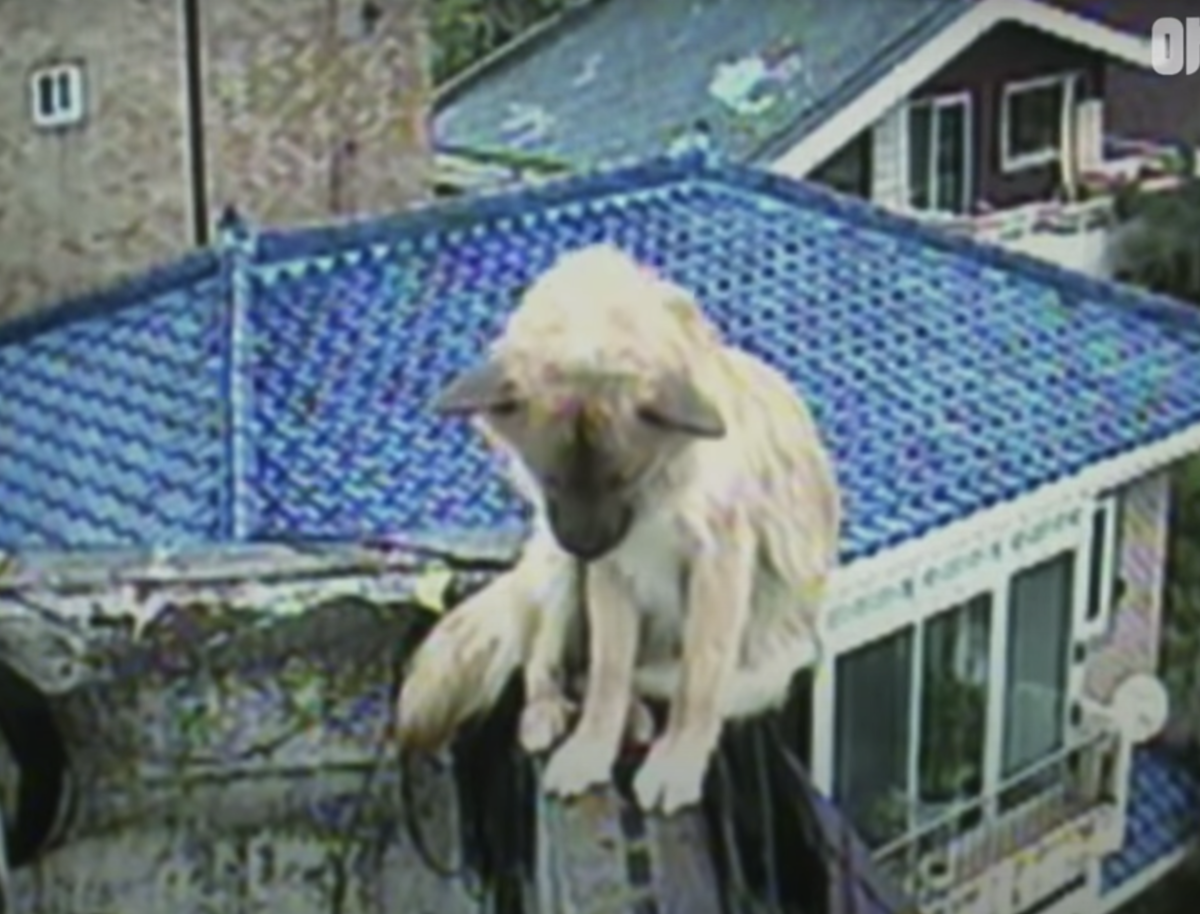 Then, just as they feared, the dog starts to doze off on the narrow ledge. 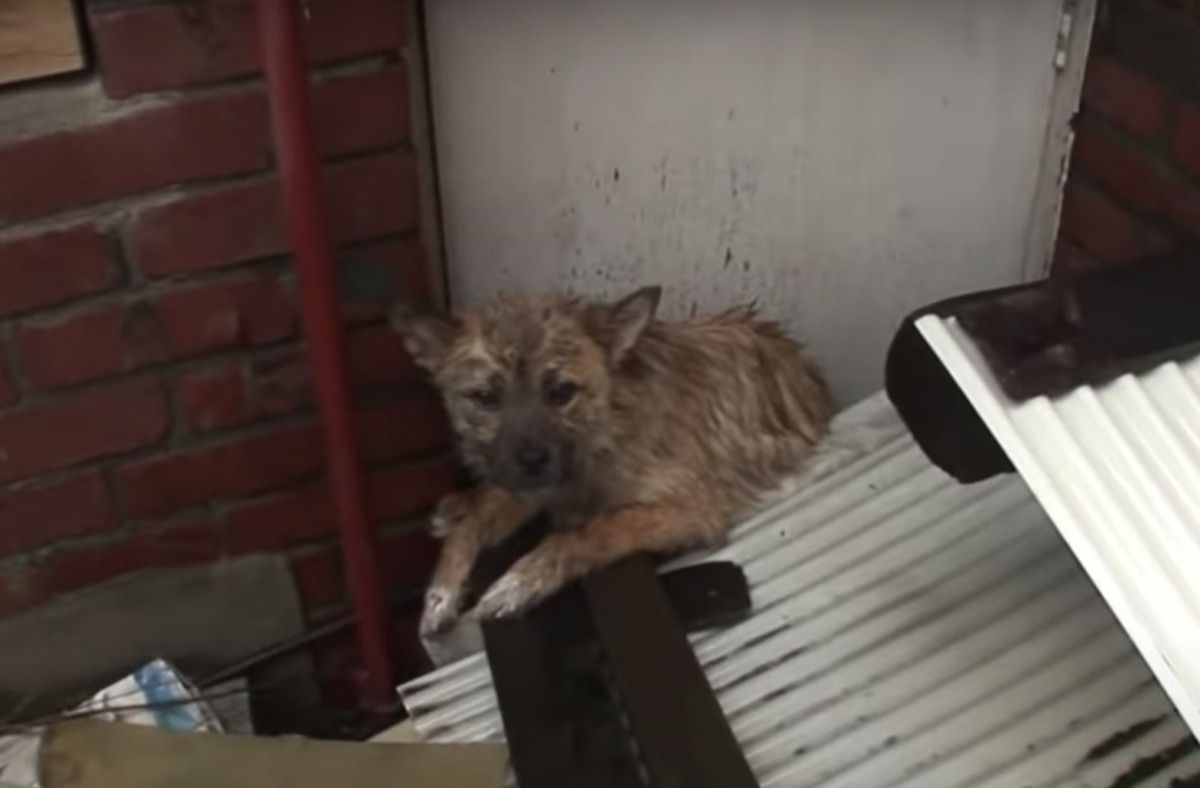 What comes next makes the people down below scream! He falls! Miraculously, he falls in between the buildings and not all the way down to the concrete.

But does this mean he will survive? And if so, what kind of injuries has he sustained?