Sundance was seen stumbling along several stretches of highway – malnourished, exhausted and badly injured.Most people who saw him would take a picture or video, but no one really bothered to help him.And those who did try to catch him, were always unsuccessful because he was so timid and would run away.

He was so afraid of humans that he evaded them at all costs and would rather die alone.

But Viktor Larkhill and his team of rescuers refused to give up. He was filthy, malnourished, and limping. If they didn’t catch him soon, there was no way he would survive on the streets much longer.

They brought him back to their clinic, where they fed, groomed and examined him. 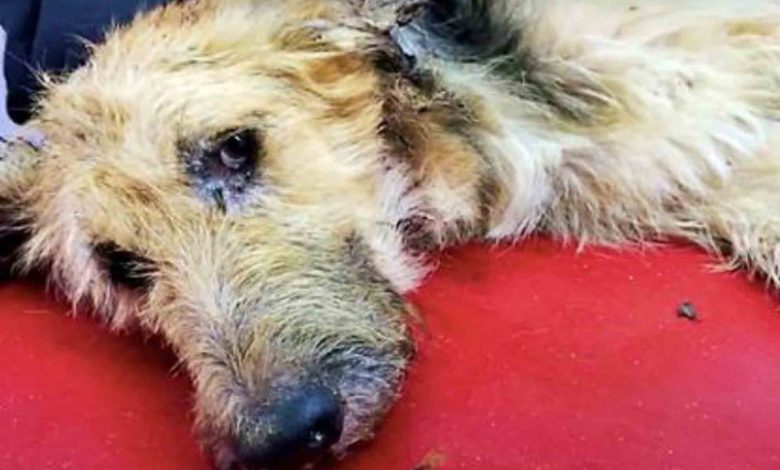 He had open, bloody wounds and sores all over his body, including the pads on his feet, which made it very painful to walk. 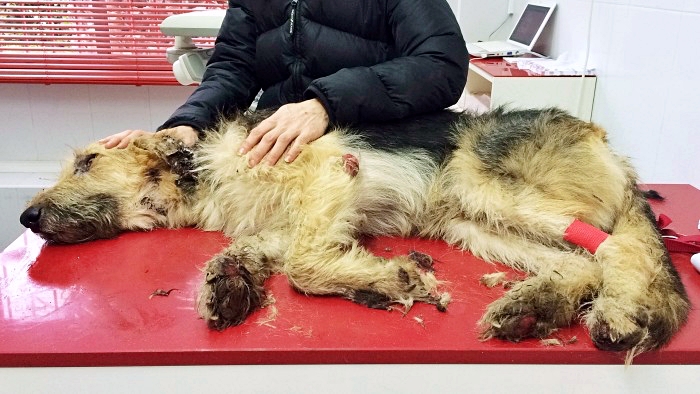 They treated his wounds and bandaged them. 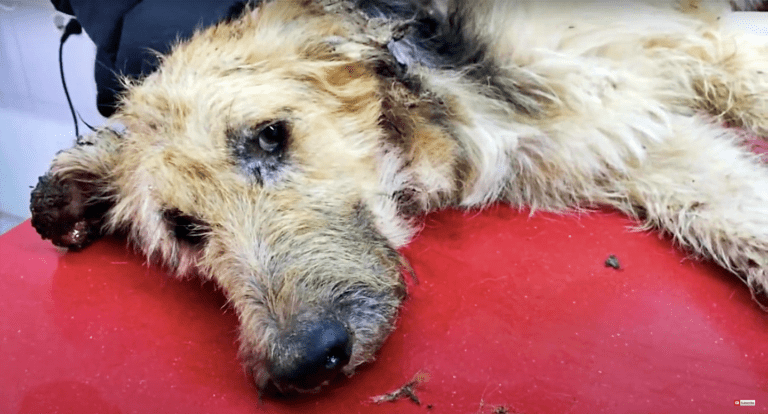 As time went on, he began to heal both physically and mentally. He grew less afraid of people and became much more trusting. 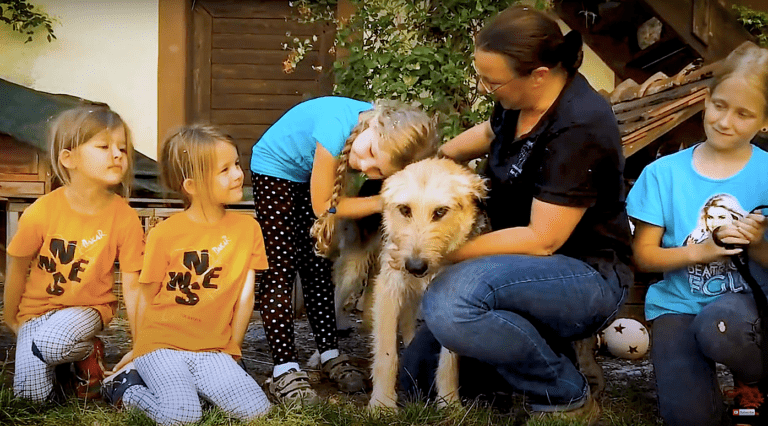 Once Sundance was fully recovered, it was nice for him to go home to his new family! 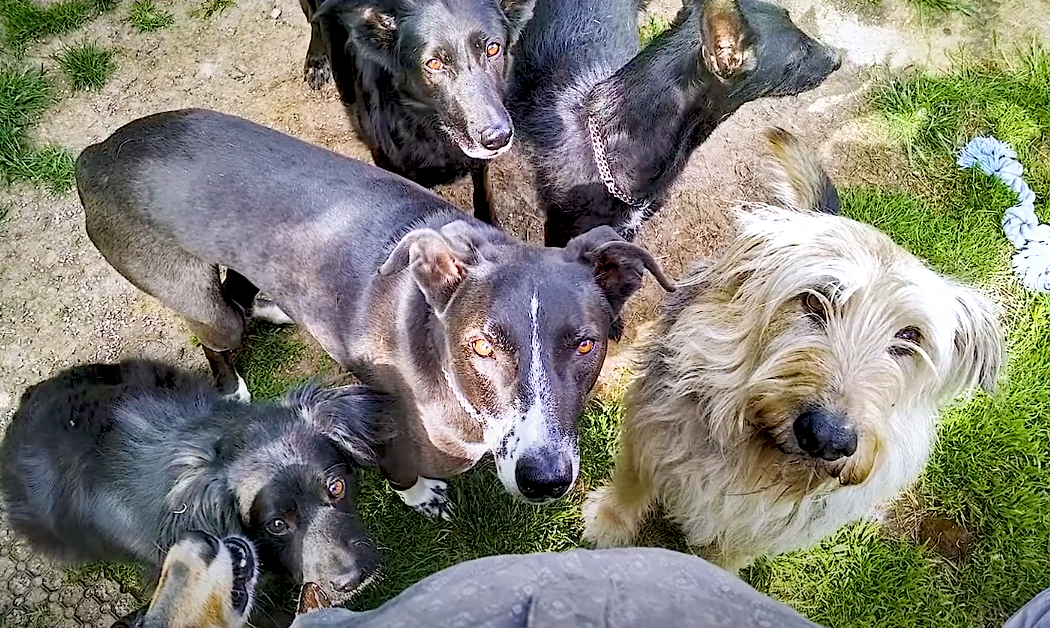 He settled in nicely and is now enjoying his family and doggy siblings.