Chewie the Yorkie was thrown away like a piece of trash in Santa Ana park in Orange County, California. Despite both his front legs being completely fractured, the tiny dog hid his pain and smiled at strangers, hoping someone would help him. After spending days in misery, he was finally rescued by the staff at OC Animal Care.

At the hospital, an X-ray revealed that Chewie’s broken legs had started to heal in a twisted position. This meant that the poor baby had sustained the injury several weeks ago, but his owner never bothered to take him to a vet. It’s highly possible that the owner themselves broke Chewie’s legs and then dumped him.

The vet performed a difficult surgery to fix Chewie’s legs. 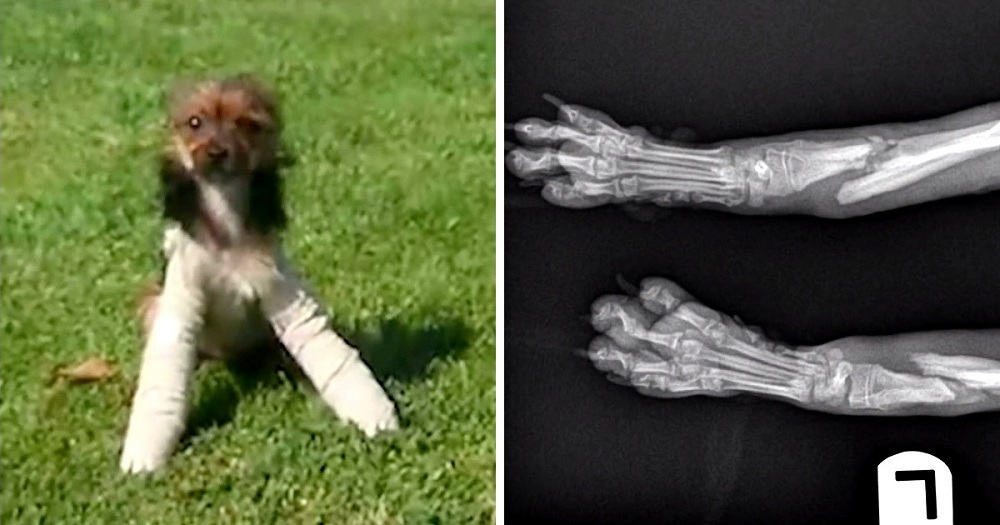 The rehabilitation after the surgery was undoubtedly tricky, but the fragile boy turned out to be a solid trooper! He trusted his diligent caretakers whole-heartedly and by the next week, he was happily frolicking about in the grass even with his cast still on! 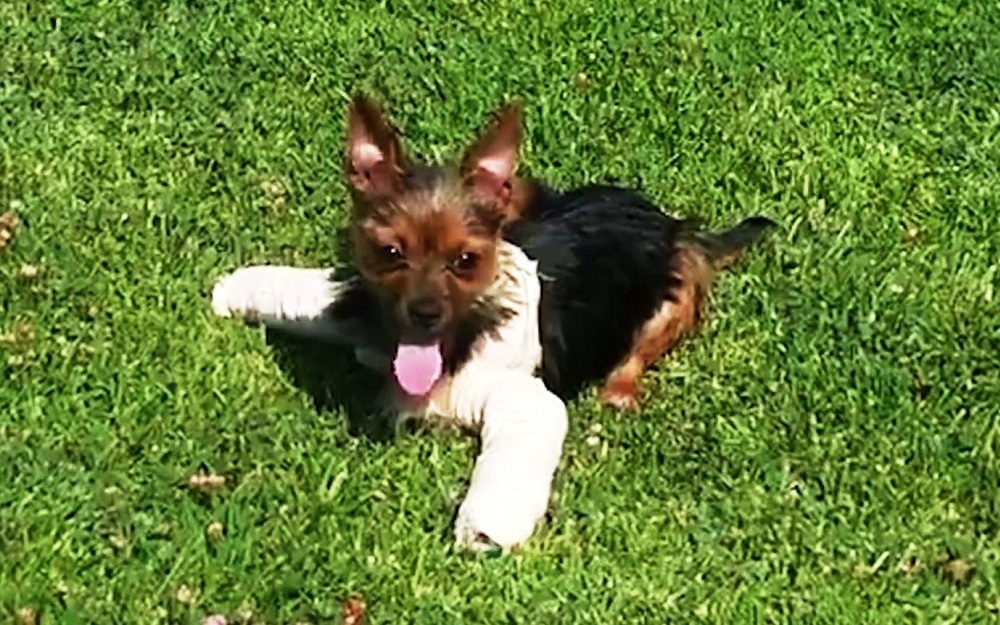 Chewie got adopted soon after he made a complete recovery! His new mom, Cheryl, is head over heels in love with this little boy, while his human and doggie siblings also adore him to bits. 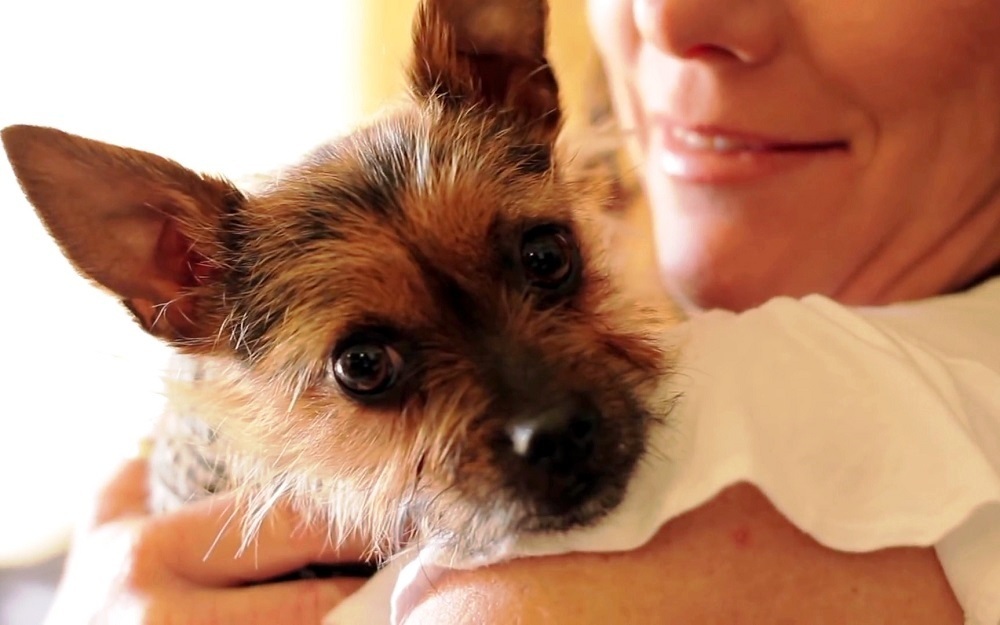 Way to go, sweetheart! Chewie has certainly charmed his way into our hearts with his innocent smiles and bright spirit!