Paul Steklenski, a network engineer and Army veteran from Pennsylvania, trained to fly and purchased his own jet in order to save hundreds of animals. He bought an aircraft for $70,000 and packed it with dog kennels before flying them to safety.

Paul took up flying as a pastime in 2013, and while studying for his license, he decided he wanted to add a dog to his family. At the time, these two concepts appeared completely foreign.

He learned all about the incredible network of animal lovers working to save unwanted dogs from shelters.

And it was through this network that he had never met before that he found his new family member, his beloved Tessa. 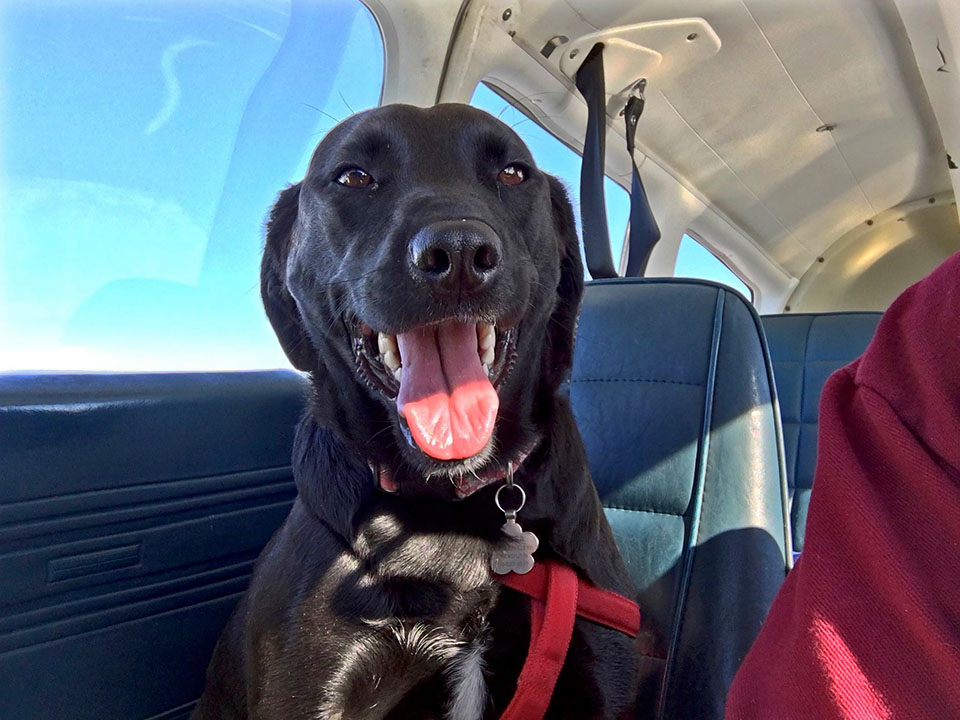 “We went to pet stores, then to shelters, and we began to see the differences.” Tessa was adopted in August of 2013. And that was the turning point in my life. Everything about me altered as a result of that.

After Paul completed his flight school and received his pilot’s license, he considered putting it to good use. It wouldn’t do what a lot of other pilots do, but I’d utilize it to assist others.

“When I first started flying, I was tempted to give up because I didn’t think I could do it, but I persisted. ‘What am I going to do now?’ I wondered after I received my certification. Many pilots like flying to excellent restaurants or destinations, which is fine, but I must have had a different motivation for taking to the skies.

Paul first considered traveling to the high-kill shelters and transferring the animals to assist them find homes. He understood, however, that if he transferred dozens of abandoned animals in a different method, he could offer them new lives. 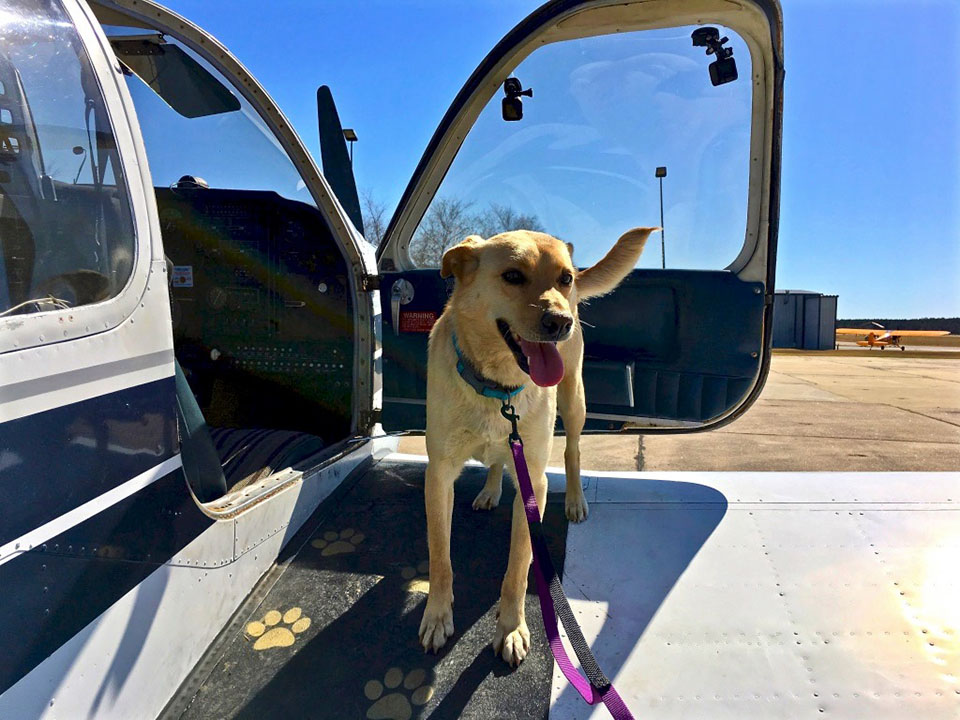 “It was upsetting to see the pets in the shelter. It was heartbreaking to think that so many animals were being killed because they were imprisoned in one location. The deeper south you travel, the worse the pet overpopulation problem becomes. It’s a nightmare. “I understood that by coming down there, picking them up, and transporting them to other shelters, I might make a difference.” 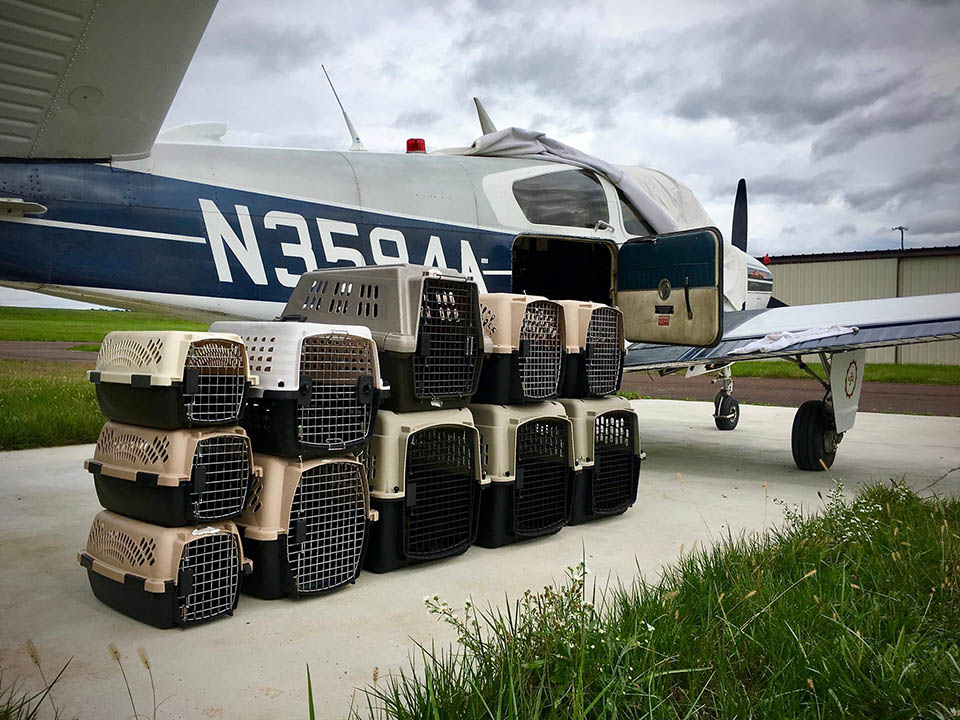 That’s how Paul became involved with Pilots N Paws, a nonprofit that connects volunteer pilots with animal rescue organizations in need of transportation.

Even yet, Paul believed that if he started developing connections on his own, he might save more animals. So, in May, he founded Flying Fur Animal Rescue, which has now saved over 1,657 animals, according to the organization’s website. 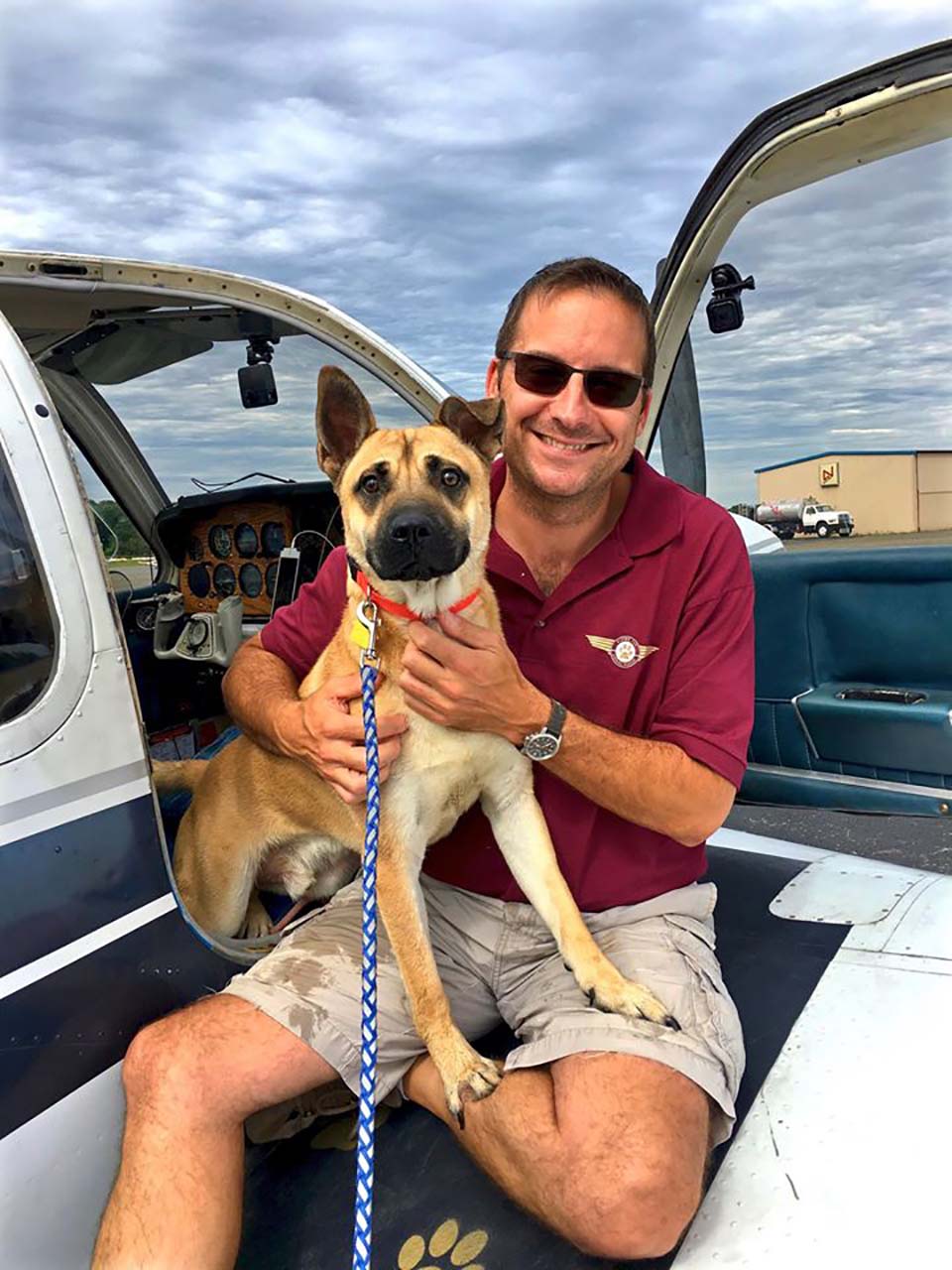 Finally, Paul purchased his own plane to assist with the project. The group does, however, have a bus that comes in handy for transporting a large number of animals over short distances.

“The airplane is a tool that allows me to do more in a day than I could on the bus.” It’s a highly emotional job, but it’s also a very gratifying one.” 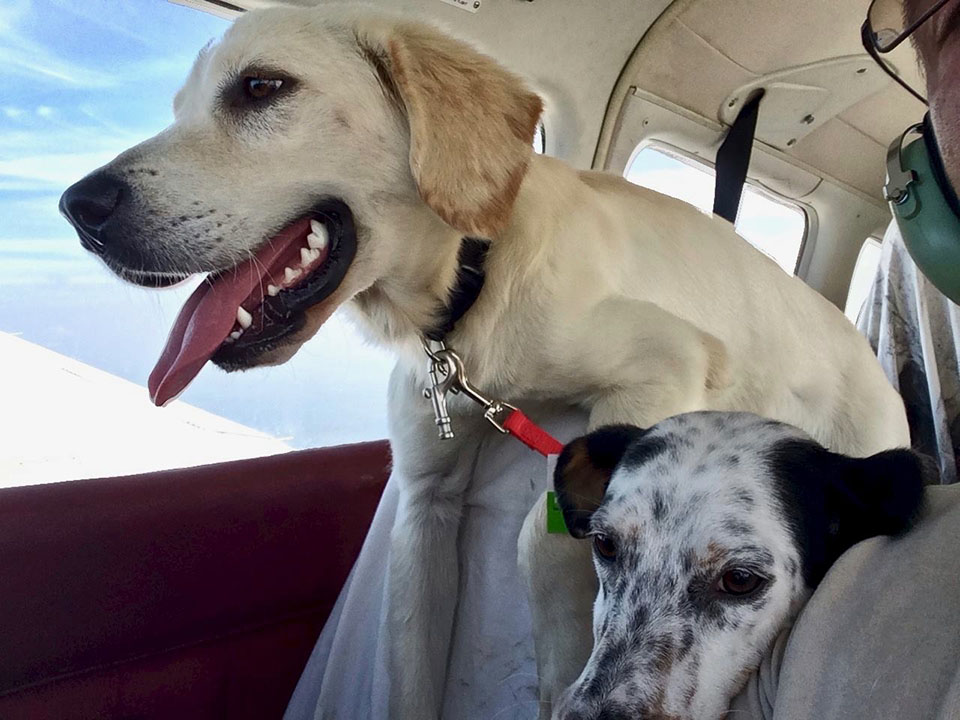 Paul, who lives with his wife and another rescued dog named ‘Layla,’ flies to shelters once a month to gather cats and dogs to spare them from a dreadful death. To make transporting the animals simpler, he removed all five seats from his plane and purchased pet carriers to put in the rear.

She now transports as many cats and dogs as she can in a single journey to assist them in finding homes; she has transported up to 23 in a single trip. Although obtaining travel expenses is tough, Paul claims that transporting dozens of dogs is simple. 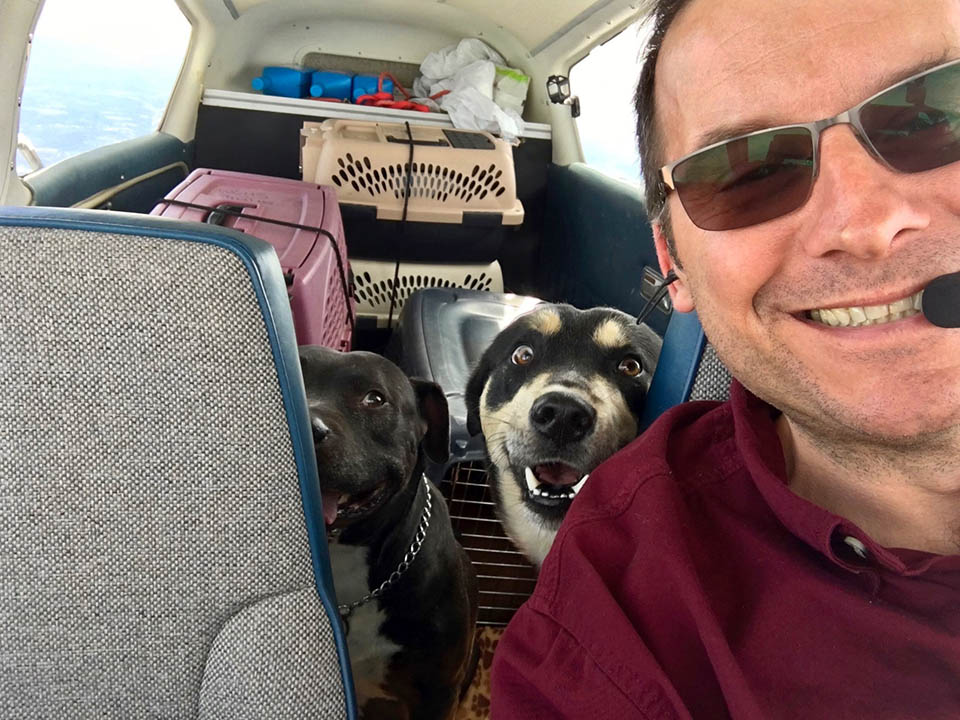 “Either they fall asleep or they stay up and stare out the windows as the motor begins. It’s always really quiet in here. I’ve never had any issues. I got the impression that they are aware that something better is on the way for them. 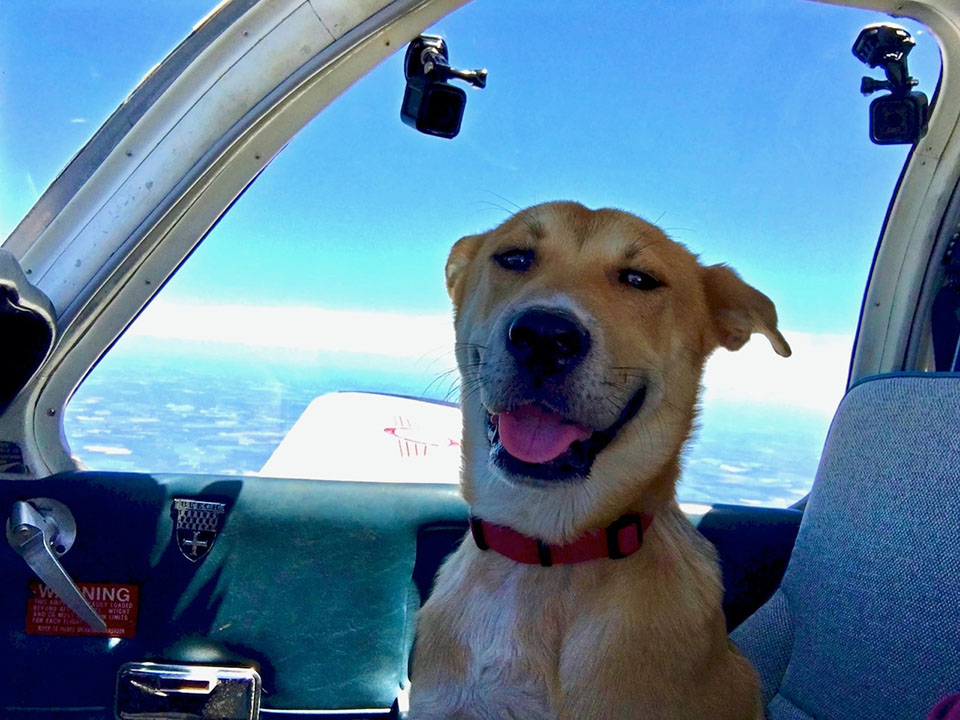 When the animals arrive at their eventual destination, which is virtually always in various shelters in New Jersey and Pennsylvania, Paul knows they are safe because, unlike the shelters where he rescues them, none of these propose to euthanize the animals. 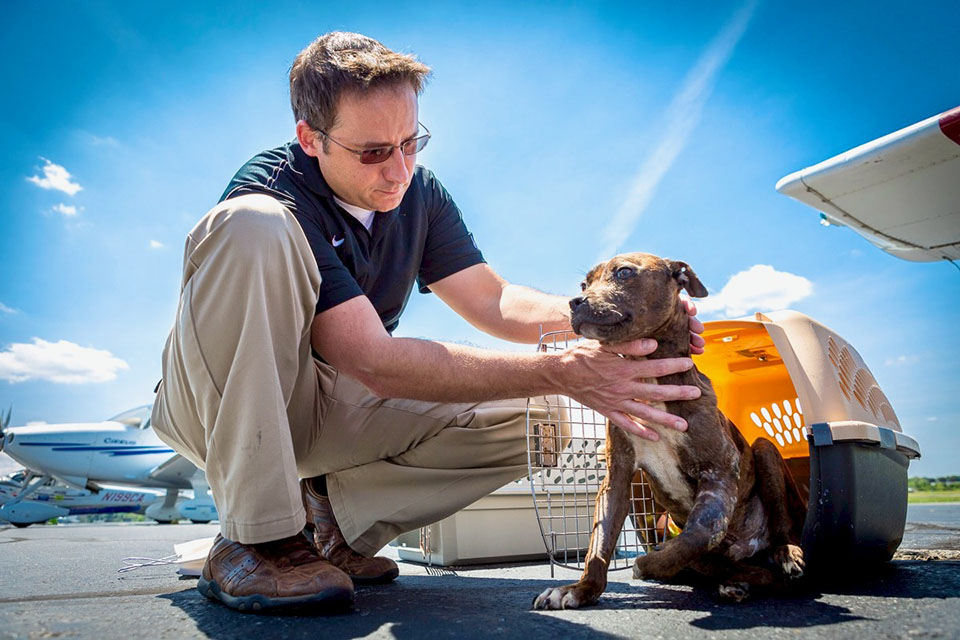