It doesn’t matter how old we are or where we are in life- everyone loves a magic show. A good show can be a very amazing experience for everyone involved, even dogs. Yes, dogs love magic, too! They are a naturally inquisitive and playful species who can enjoy a good show along with the rest of us.

The Hempstead Animal Shelter in New York was lucky enough to recently receive their own private show. John Stessel, wearing a Santa hat, came to the shelter to perform for the animals. They were definitely in for a real treat!John wowed and shocked the resident animals with his amazing magic tricks.

Each dog reacted in their own unique but cute way. Some just stared in bewilderment while others ran off in shock. Some of the funnier ones tried to take his Santa hat off in revenge. 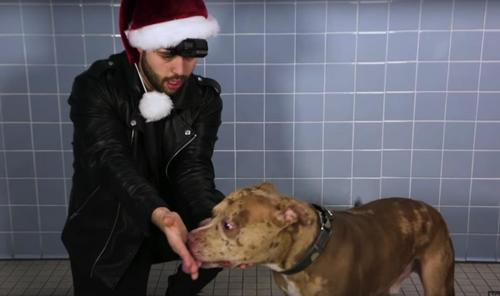 One adorable dog who goes by Teragon ended up just rolling over and offering his belly for rubs. The big smile on his face seemed to say he didn’t know how to react. 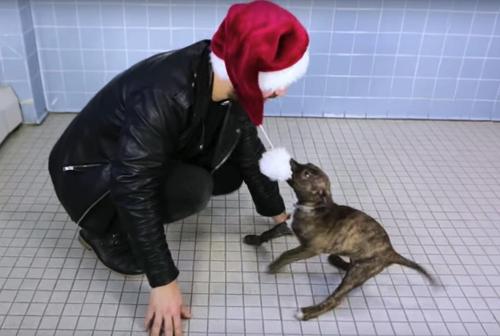 You are probably wondering why a magician would put on a magic show for dogs, but there is a wonderful reason that this video was made. It was done to help show the different temperaments of each dog in the hopes they could find their forever homes. 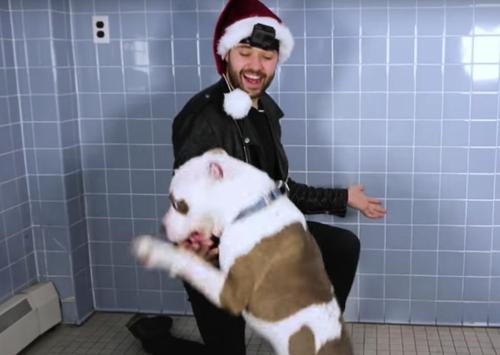 It has been viewed more than a million times to date and many viewers have left loving comments on it. 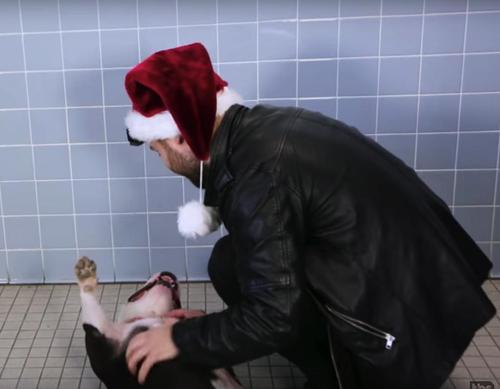 John told us that he has always been intrigued by the idea of performing magic with dogs. He went on to say that the reactions from them were just so cute and amazing. He said that every dog there just wants to be loved and cared for.

He also wanted to reassure the viewers that he did not deny the dogs snacks for too long. When the cameras were off, the dogs got plenty of treats and attention.