In early September, Mama Pickles, an adorable pit bull, was found lost on the streets by herself. Her rescuers saw right away that she needed help, as the little dog, 2 years old, was very pregnant. Animal control staff pulled her off the street and tried to find out where she had come from.

They managed to contact her owners, but they told them that they no longer needed Pickles and that she had been left in a shelter. More info: Pits And Giggles Rescue | Enchanted Hills Photography They found this two-year-old pit bull pregnant and wandering the streets The pitbull’s labor was imminent, and her belly was so huge that she needed more help than the shelter could provide, but luckily she received help from Pits & Giggles Rescue, a non-profit organization that specializes in caring for pregnant dogs and their puppies.

Although Mama Pickles’ belly was so huge that she had trouble walking, she kept jumping when she met her new rescue friends. Her owners decided they no longer needed her Pits & Giggles Rescue volunteer and photographer Lauren Casteen Sykes explained their mission: 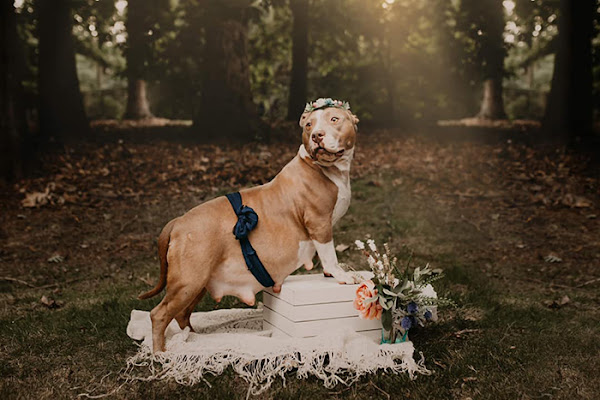 “They specialize in mother rescues and care. They save mothers who are pregnant or nursing in shelters and provide the care they need to safely deliver or raise their pups. Before adoption, mothers and their puppies are spayed or neutered and the best possible home is found for them according to their personality and needs. Photographing these mothers and their puppies gives them the visibility they need to be adopted.” 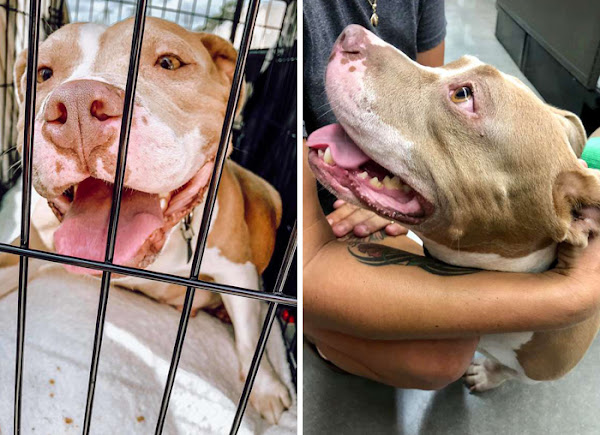 So the rescuers took her. Lauren is the photographer for Enchanted Hills Photography and volunteers at Pits & Giggles Rescue to help them get adopted. “When Pits & Giggles called me and told me they had just brought in a super proud and happy mom, they explained that they wanted to take pictures to preserve those precious moments.” As soon as Pickles arrived, Lauren knew she had to do a maternity photo shoot, and of course, the result is the most adorable. Lauren Casteen Sykes (photographer and volunteer) decided that Mama Pickles needed a maternity photo shoot Everyone was delighted with Mama Pickles’ poses, as she looked like a diva. 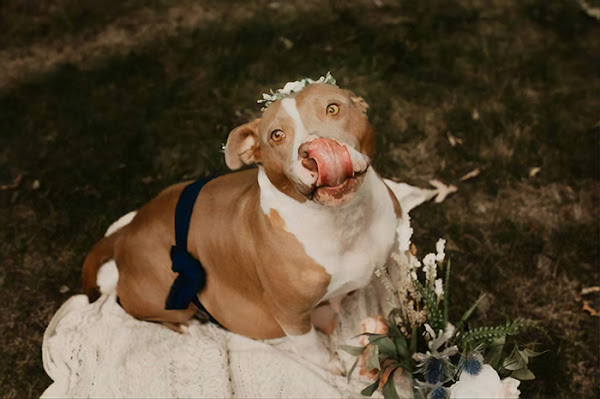 However, her huge belly kept getting in the way, which was very funny. “She’s quite a model. Her legs are too short for the catwalk, but she loved all the love and attention she got. The hardest part was getting her to stop licking us. She always wanted to be pampered and have her tummy scratched. She was so excited that she could barely sit still. Seeing Pickles sticking out her tongue, wagging her tail and being so happy was the most satisfying thing. I’m so grateful to the Pits & Giggles people for rescuing this sweet mama.” 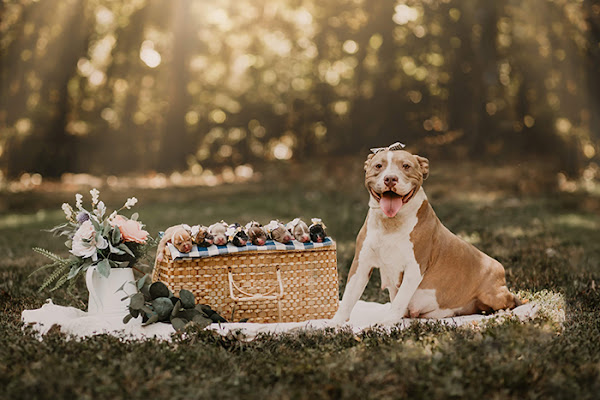 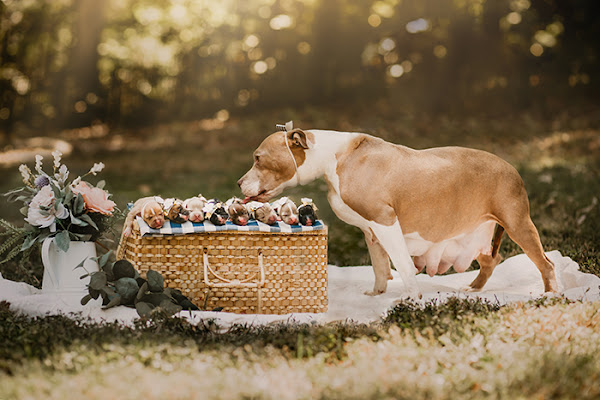 Her caretakers say she is a good mother and takes good care of her little ones. So they did another photo shoot with them “You can tell she’s been used to breed repeatedly, and we’re happy to say this is her last litter.” In a few months, Mama Pickles and her 8 puppies will be ready to be put up for adoption and find homes. 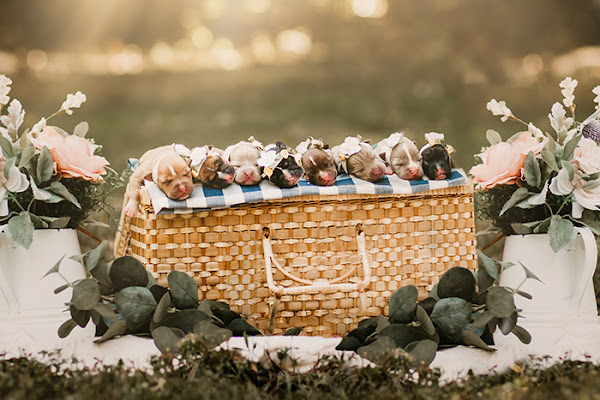 Until then, they live at the rescue center, where Lauren has been volunteering for 2 years: “It has not only been photo sessions, we have also had foster dogs and adopted them.